A post-election Q & A with Jordan Sturdy

Sea to Sky MLA talks COVID-19 recovery, regional transit and more as he readies for his third term
Nov 26, 2020 7:00 AM By: Braden Dupuis 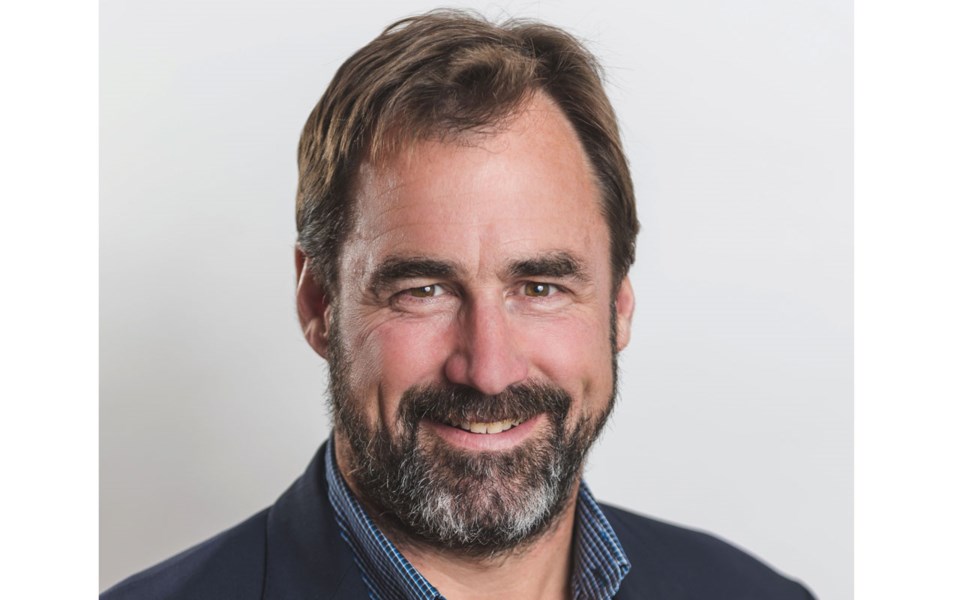 Third term After a judicial recount, Jordan Sturdy is set to serve as MLA in the Sea to Sky for another term. Photo submitted

With B.C.’s pandemic election officially in the rear-view mirror, MLA Jordan Sturdy is headed for a third term representing voters in the Sea to Sky.

A judicial recount completed Nov. 17 extended Sturdy’s narrow lead over the Green Party’s Jeremy Valeriote to 60 votes—and confirmed his win in the riding.

While the constituency has long been considered a BC Liberal stronghold, with changing demographics and electoral boundaries, the party knew it was in for a fight this year, Sturdy said.

“We had really anticipated a much tighter race going forward [after 2017],” Sturdy said.

“I think given the circumstances around the timing of this election, the COVID nature of the whole thing, and the fundamentals around leadership and the perception of the Greens … it all contributed to making this a very, very tight race.”

Though the BC Liberal party elected MLA Shirley Bond as its new interim leader on Nov. 23, Sturdy said it’s unlikely he will pursue the top job when the party elects a new official leader next year.

That said, he’s excited for another term representing the Sea to Sky.

“When we go through a new process of rebuilding a new leadership, new ideas, it can be a very exciting time,” Sturdy said.

“And I look forward to the opportunity to participate in the future of the BC Liberal party.”

Pique caught up with Sturdy to discuss the campaign, COVID-19 and his priorities going forward.

Responses have been edited for length and clarity.

PIQUE: Given how tight the final result was, is there anything you would say to Green voters right now?

JORDAN STURDY: Nobody received the support of more than half the population, or half the voters, and I think it’s important to recognize that as an MLA, you’re not representing the people that voted for you, you’re representing everybody. That’s the job of the MLA, is to represent the region to the best of their abilities, with the knowledge and experience and worldview that you as an elected official bring to the position.

What are your key priorities now that you’ve been re-elected?

JS: Clearly the primary consideration right now is all about COVID … hopefully we can begin to flatten this thing and bend it back down.

[It will likely be six months before a vaccine is widely available], but in those intervening months, with the border closed and with recommendations to limit movement to even within your health region, all of these things are going to put additional pressures on businesses, as well as families and jobs, because it all comes down to employers being able to make their payrolls and make their rent payments.

So this is going to be an incredibly challenging time over the course of the next few months to balance off the health interests, which have to dominate, but also the business and personal and family interests that are related to that. So working with the federal government is going to continue to be a top priority, hopefully for our provincial government, but our relationship with our local MP [Patrick Weiler] continues to be important, and I’ve got a quality relationship [with him].

The province rejected a funding proposal for regional transit in the Sea to Sky from corridor communities last year—what needs to happen to get it done?

JS: We need to convince the provincial government that our proposed funding formula is the most reasonable and acceptable to all involved, and to this point they have a concern about it, which they clearly don’t share with Metro Vancouver, or the Capital Regional District—we just wanted to emulate that funding formula, and for whatever reason the province has been unwilling to look at that. Now we will obviously have a new transportation minister, and hopefully he or she has more influence and is able to action that.

[Sticking with transportation issues], there’s ongoing concern about road maintenance both inside and outside of the concession, and I think those are legitimate concerns, and there’s ways that we can approach that in terms of documenting and better understanding what the contracts hold, so that we can hold the contract holders to account.

You’ve been outspoken about the need for more funding for parks management in B.C. How do we convince the government to spend the money where it’s needed?

JS: The argument, I think, remains the same: both FLNRO [the Ministry of Forests, Lands and Natural Resource Operations] and BC Parks don’t have the staff needed to manage an area this big, and which has been intensively used, so there’s no question more resources have to come to the table, for both the parks and the COS [Conservation Officer Service] as well as FLNRO Rec Sites and Trails people.

It’s an increasingly complex management area, with constantly increasing demands. It’s so important that we have the resources here to manage well, and to really make sure the quality of the experience for both the residents and the end guests can be maintained and in fact enhanced.

[And] education needs to be an important part in all that government does to manage people on the landscape.

You mentioned after the campaign that maybe you need to do a better job of explaining your advocacy around things like resource development. What did you mean by that?

JS: That’s a great question, and it’s a big question, and I don’t have a ready answer for it. I guess I come from the resource sector. I worked in forestry, worked with energy companies, more specifically around renewable energy than anything else … and then obviously, I’m in the agriculture business, and that is a primary resource sector business …

All of these things have an impact, and I don’t think there’s any debate about that. The question is how big an impact and how do we manage that impact to minimize it, and whether Canada and B.C. should be part of those markets. I’m convinced that, while we are by no means a perfect producer, we are an ethical one, and we are a quality one, in all of those different sectors.

I get the impression that at times people think that if we’re not part of those sectors, then there will be no impact, and the reality is, the attention goes to other jurisdictions who may or may not have the same quality of industry.

I’m not saying ‘all things at any time,’ but I do believe that we can do a good job, and we should be part of the market on all of those things, but we need to keep an eye on how we’re doing it, and make sure that we’re accountable for the decisions that we make as sectors, or as government or as individuals.