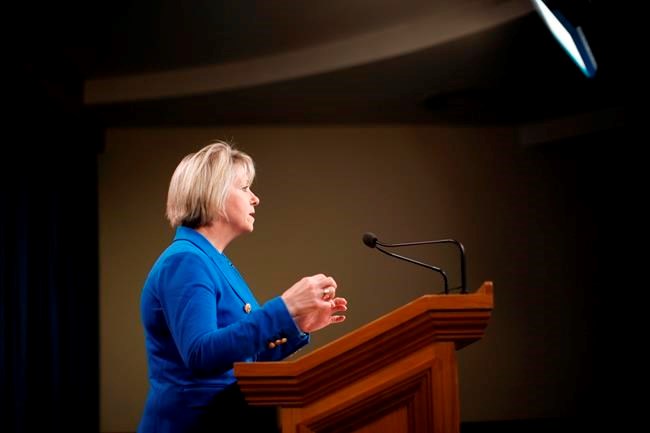 Provincial health officer Dr. Bonnie Henry announced the new orders in a special media briefing Saturday amid spiking COVID-19 cases and they apply to residents of the Vancouver Coastal and Fraser health regions for the next two weeks.

In a statement Sunday, the ministry says that under the new order, there are to be no social gatherings of any size with anyone other than your immediate household.

It says this includes not only gatherings in your home, but also outdoors, at restaurants or at other venues.

Restaurants can remain open but guests must stick to a table with their own household members.

Going for a walk is not considered a social gathering, but British Columbians need to be vigilant that a walk doesn’t turn into a group of people gathering outside.

"I know there has been some confusion on what immediate household means," Ministry spokeswoman Shannon Greer says in an email.

"To give some context, these would be the people you spend the most time with and are physically close to. These would be people who are part of your regular routine, so household members, immediate family, a close friend or the people you have regular close contact with (for example a co-parent who lives outside the household)."

Those who live alone cannot host gatherings, but can continue to see members of what they would consider their immediate household at home, outside or at a restaurant, she says.

The Central Coast and Bella Coola valley are exempt, as Henry said Saturday they are "geographically different" and more closely linked to Interior Health. The community of Hope has also been added to the exemption list.

Non-essential travel to and from the regions in question, which span the Lower Mainland and Fraser Valley, is strongly discouraged, Henry said Saturday.

Businesses and recreation centres that host those activities must remain closed until their local medical health officer approves a safety plan.

The Ministry clarified Sunday that those businesses must remain closed until that's the case, whether or not the two-week order has expired.

Medical health officers will work hard to sign off plans as quickly as possible, it said.

"We know this is difficult, but it’s only for two weeks. As Dr. Henry has said British Columbians have flattened the curve before and they can do it again," Greer said.

This report by The Canadian Press was first published Nov. 8, 2020.