BC NDP poised to form government once again after polls close 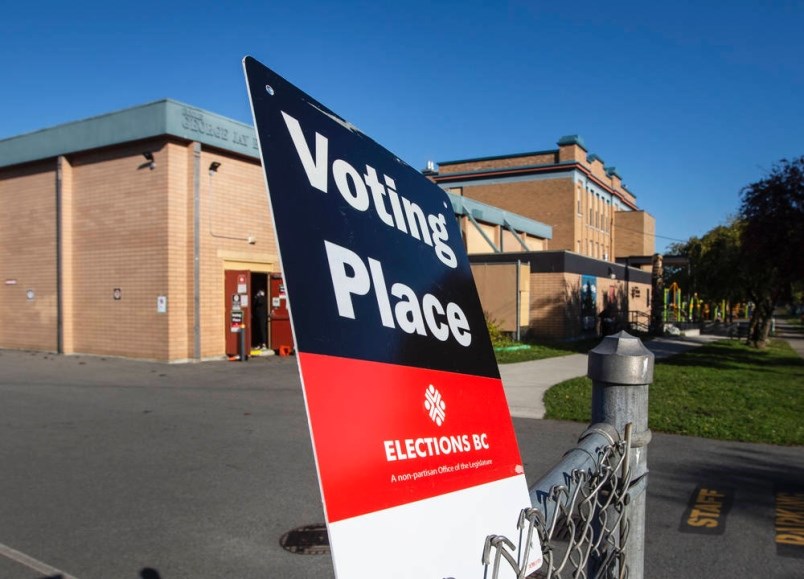 The BC NDP look to have translated pandemic-era popularity into a positive election outcome, with early election results revealing the party has about 44% of the popular vote to the BC Liberals' 35%.

The BC NDP have been elected to 48 seats and lead in seven additional ridings, while the BC Liberals were elected to 26 and lead in three, according to preliminary results.

The Green Party of B.C. looks to have secured three seats and about 15% of the popular vote.
Political strategist Bill Tieleman told BIV he’s confident the early results will hold as the final count comes in.

“It's not a surprise, given all the polling, given all the results you've seen and given the record of the government. And unfortunately for [BC Liberal leader] Andrew Wilkinson, he never really got a leg up on this during this election nor did [B.C. Green leader] Sonia Furstenau,” said Tieleman, previously the communications director for former BC NDP premier Glen Clark.

He said the surge in mail-in ballots amid the pandemic will throw a wrench into John Horgan’s plans for naming a cabinet in the immediate future since final results won’t be tabulated until at least mid-November.

“In this case, I mean you literally cannot appoint a cabinet. And also, Premier Horgan may want to appoint someone who is either narrowly ahead or narrowly behind, and couldn't be elected after those results come in,” Tieleman said.

“So it's an unfortunate kind of situation where because of the circumstances that we're in … with the number of mail-in ballots, we just don't know who's eligible to be in the cabinet.”

Pollster and Research Co. president Mario Canseco said the results were in line with what was expected based on surveys conducted the past six weeks of the election.

He said part of the success was due to the BC NDP’s ability to translate positive momentum through its handling of the pandemic into ridings outside the Lower Mainland.

“There's a couple of things that hurt the Liberals. The fact that you have BC Conservative candidates who are fairly well known were taking a chunk of the vote in Langley and in Chilliwack,” Canseco said.

“But also, just the difficulty connecting with voters. The emotional edge of the pandemic was with the NDP a lot.”

While Horgan was on the receiving end of criticism for calling a snap election amid the pandemic, Canseco said it appears to have translated into a successful political strategy as the party rode a wave of popularity.

“It seems like it worked. They're about to form a majority government, which is not what they had before,” he said.

“Ultimately, whether we like it or not, that is one of the perks of incumbency: You decide when you want to do this [election], and they decided to do it now.”

Canseco said the formation of the new cabinet will be one of the big stories to watch unfold in the coming weeks, with so many ministers retiring ahead of the fall election.

The BC Greens, meanwhile, will no longer hold a balance of power in the legislature moving forward with a BC NDP majority.

“There are still many votes to be counted. But we are seeing incredible successes where we haven't before,” she said during a post-election address.

“We know there is a lot more that you are expecting from government, and we will do everything we can to hold them accountable for these changes.”

And while a crisp, sunny Saturday (October 24) greeted voters casting ballots in person in southwestern B.C. up until 8 p.m., that surge in mail-in voting amid the pandemic will still delay any definitive results in the weeks to come.

“But it's very likely that figure will be much less in this election because of the significant increase in mail-in ballots,” B.C. chief electoral officer Anton Boegman said Friday.

It will take 13 days for mail-in voting packages to be processed and delivered from Canada Post’s central processing facility in Richmond to voters’ respective ridings, where the names on envelopes will be verified by elections officials before votes are counted by hand.

Elections BC said officials may need more than 13 days to begin counting mail-in ballots due to the 7,200% surge in requests for vote-by-mail packages compared with the 2017 election.

Officials hope the final count can be delivered by November 16 but they cannot guarantee that will be the case.

More than 1.2 million British Columbians voted in person in the 2017 provincial election but that figure is expected to drop significantly due to the increase in mail-in voting.

While roughly the same number of British Columbians are represented in each of the province’s 87 ridings, the number of vote-by-mail packages that have been sent out vary substantially depending on the region.

For example, about 800 mail-in voting packages were delivered in Peace River South compared with about 18,000 packages in Victoria-Beacon Hill.

If a candidate takes a commanding lead election night in a riding where only a few hundred vote-by-mail packages were delivered, mail-in ballots won’t sway the final results.

But if a candidate takes a similarly commanding lead election night in a riding where thousands upon thousands of constituents voted by mail, the final results will take weeks to determine.

If the latter scenario plays out in enough ridings, it may remain unclear well into November which party has secured enough ridings to form government.

Friday polling from Research Co. revealed 50% of decided voters intend to cast their ballots for the BC NDP, a two-point gain from two weeks earlier.

The BC Liberals trail by 15 percentage points with 35% among decided voters, while the Green Party of B.C. have the support of 13% of decided voters.

BC Wildfire Service warns online fire maps may be inaccurate
Aug 1, 2021 9:16 AM