BC Transit issues Request For Proposals for electric buses 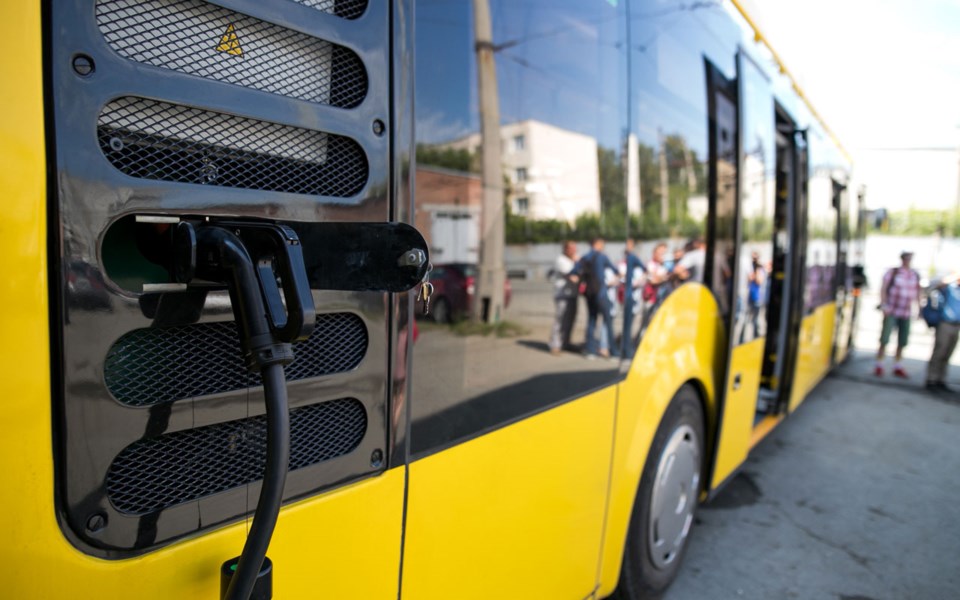 BC Transit plans to have 10 electric buses on the road in the province’s capital by the summer of 2022. Getty images

As British Columbia moves towards a new EV mandate—that 15 per cent of new vehicle sales are EV by 2025, 30 per cent by 2030 and 100 per cent by 2040—BC Transit is hoping to introduce its first electric buses in Victoria in the coming years.

A Request For Proposals (RFP) issued Nov. 18 outlines the operator’s plan to have 10 electric buses on the road in the province’s capital by the summer of 2022.

“It’s an exciting step forward for us in our low-carbon fleet program to get the RFP out the door,” said Jonathon Dyck, communications manager with BC Transit, adding that the RFP also allows BC Transit to purchase further buses and infrastructure from the successful proponent if necessary.

That said, there’s no immediate timeline to expand the electric fleet beyond Victoria.

“We’re looking at it as buses need to be replaced, and where we can get the infrastructure and those types of pieces,” Dyck said.

“And so right now we’re focused on these first 10 and we’re working through the process of determining, based on a number of factors, what that additional rollout would look like.”

Solid timelines or not, BC Transit is still committed to meeting its previously-stated goal of buying only zero-emission buses in all fleet classifications after 2028 and having a fully zero-emission provincial fleet by 2040.

When the full rollout does happen, it’s possible that Whistler will get electric buses later than in other regions, as it already runs a fully compressed natural gas fleet.

There’s also the matter of Whistler’s intense winter snowfalls—would an EV bus pack the same power as its diesel counterpart?

“I think that these are all things that we’ll be looking at,” Dyck said, adding that the electric battery market has come a long way in recent years.

“We know that we’re also learning from other transit systems as well … we’re working on our processes that work for our communities, but we’re also working hard to work in collaboration with external partners.”

According to a 2019 report by SFU energy think tank Clean Energy Canada, though the upfront cost of an e-bus is about two to four times higher than a diesel bus (which cost about $500,000), e-buses will reach upfront cost parity with diesel buses by 2030.

With the project out for RFP, Dyck didn’t want to speculate on what BC Transit’s 10 new buses might cost.

As for the total cost of transitioning BC Transit’s entire fleet, “I know that that’s something that, as we go through this process, that we’re looking at and we’re evaluating as we go,” he said.

“Cost depends on a number of factors, and it also depends on what’s happening in the market at that time, so I think that at this point we’re focused on getting these first 10 battery electric buses on the road and then going from there.”

The project is being funded by the federal and provincial governments, which announced $79 million for the fleet in the summer of 2019, as well as the Victoria Regional Transit Commission.

Meanwhile, The Resort Municipality of Whistler, District of Squamish, Village of Pemberton and Lil’wat Nation are partnering on a project to spend $2.9 million to install 43 new EV chargers at key locations over the next four years.

The spend could be offset by a potential $1,978,643 grant from the province’s Clean BC Communities Fund—though it is unlikely the RMOW will receive a response on the grant before spring 2021.

Whistler’s portion of the project costs (for 24 new chargers in the resort) are estimated at about $1.89 million (or $505,000 after the grant). If the grant doesn’t come through, the project will be re-evaluated and other funding opportunities will be pursued, an RMOW spokesperson said.

Climate action coordinator Luisa Burhenne is expected to return to council in the new year with a report on potential cost recovery options for local EV chargers.