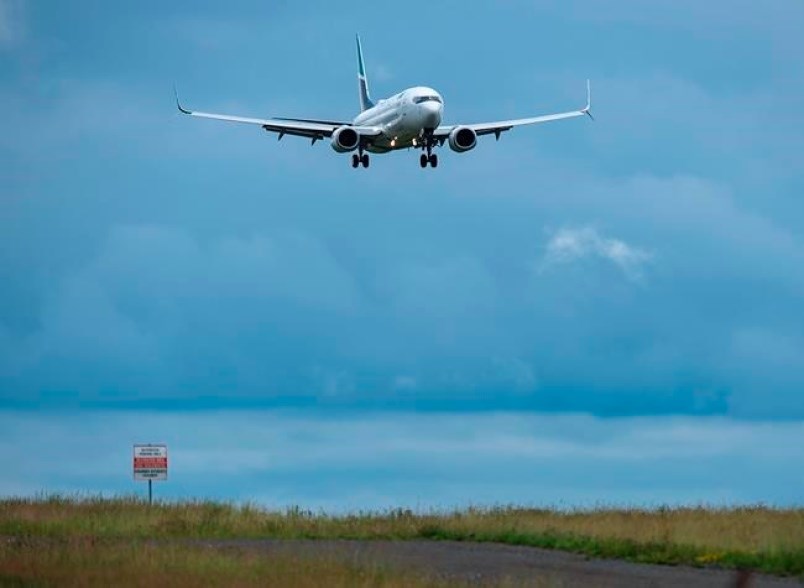 When Bobbi Jo Green booked a flight back in May for her, her husband, and her children to see two ailing family members, she was counting on the airline's physical-distancing rules to still be in place.

But just three weeks before Green and her family were set to fly from Edmonton to Sydney, N.S., on July 17, WestJet announced it was ending its policy of leaving the middle seats on its flights empty.

"I was devastated," Green said, noting her family spends every summer in Nova Scotia with her 93-year-old grandmother who is suffering from severe dementia and another family member with an incurable form of cancer.

"We all knew it could very well be the last summer we would spend with them."

When Green called WestJet to see if any accommodations could be made, she also told the company she has a heart condition that puts her in the high-risk category for COVID-19.

Despite her pleas, Green said the airline told her it was unable to make any special accommodations, nor would it allow her to change the date of the flight to before July 1, when the rules were relaxed, without paying a fee.

And Green's not alone: As provinces begin to relax domestic travel restrictions, the cessation of physical-distancing rules by two of Canada's biggest airlines—WestJet and Air Canada—is causing frustration and grief among some passengers.

Gabor Lukacs, head of the advocacy group Air Passenger Rights Canada, said he has fielded countless complaints from passengers during the COVID-19 pandemic, many of which are related to the same issues: Airlines refusing to offer refunds or accommodations amid the abolition of physical-distancing rules.

While he acknowledges the effort to fill seats is due to airlines attempting to recoup billions of dollars in lost revenue, Lukacs argued the companies risk deterring customers from flying at all.

"The question is: Do we allow economic considerations to override public health? We don't allow supermarkets to sell spoiled meat because it's cheaper. Are we going to allow doctors to skip disinfecting their tools to save the cost?"

There's some evidence he's right: A new poll conducted by Leger and the Association of Canadian Studies found 72 per cent of respondents said they were not comfortable flying now that Air Canada and WestJet have culled their seat-distancing policies.

Only 22 per cent said they would be OK with flying under the newly relaxed rules.

In response to criticisms, WestJet forwarded The Canadian Press a statement from a July 3 blog post regarding changes to its seat distancing policy.

"The blocked middle seat was introduced at the beginning of the pandemic before the myriad of safety measures were put in place and mandated on board," the statement reads.

"Seat distancing was never intended to be in place permanently or throughout the pandemic."

The post noted a number of measures WestJet has taken to help stop the spread of COVID-19 on its flights, including mandatory masking, pre-boarding questionnaires for all passengers, temperature screening, thorough cleaning of aircraft between flights, and the restriction of in-flight dining services.

However, the company has also denied it's putting passengers and staff at risk by filling flights up, pointing to other safety measures as mitigating the risk of spreading COVID-19.

Air Canada provided a similar statement, acknowledging the inconvenience the change may have caused to customers.

"While we would all like a single measure that reduces risk, we are left to use a combination of approaches to mitigate risk as far as practical," the airline said.

Yet some passengers report first-hand experiences in which masking protocols were not followed.

Maureen Isabel Green, 31, flew from Vancouver to Fredericton three weeks ago with Air Canada to visit her family, and said she was shocked by the lax use of masks by both airport employees and the passengers on her two connecting flights.

"I just think of all the people who are getting on a flight and risking their life, or risking the life of the people they're going to visit, because some people don't want to wear a mask for a few hours," she said.

Green, who is a health-care worker, said there were numerous instances on her flight from Vancouver to Montreal where a group of young, male passengers took off their masks when flight attendants were not present.

While at the Montreal airport, Green said a man was able to board a flight without wearing a mask, simply by telling attendants he had a medical condition that prevented him from doing so.

Air travel has been at the centre of several headline-grabbing incidents throughout the pandemic—particularly since travel restrictions have been eased in some regions.

On July 2, health authorities in B.C. warned the passengers of four separate flights where they may have been exposed to COVID-19.

Just a day before—on the exact day the airlines ended their social-distancing policies—the Nova Scotia Health Authority warned passengers of a Toronto-to-Halifax WestJet flight from the previous week where passengers may have been exposed to COVID-19.

And on Sunday, a Halifax man reportedly walked off of a St. John's-bound flight after learning he was the only passenger travelling within the so-called "Atlantic bubble," sparking discussion about the effectiveness of airlines' COVID-prevention policies.

Possible COVID-19 exposure in Lions Bay Beach Park, south of Squamish
Aug 6, 2020 11:11 AM
Comments
We welcome your feedback and encourage you to share your thoughts. We ask that you be respectful of others and their points of view, refrain from personal attacks and stay on topic. To learn about our commenting policies and how we moderate, please read our Community Guidelines.