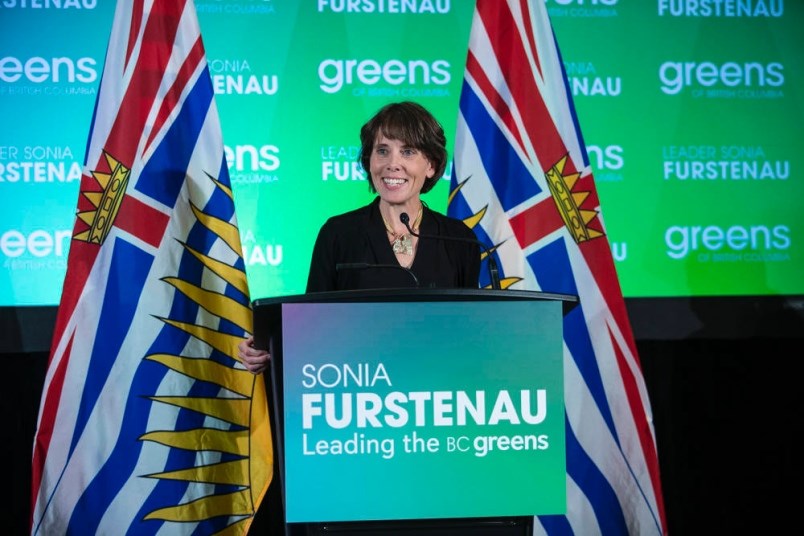 It will be weeks before it's official, but polling results on election night suggested the Green Party has elected two incumbents, including party leader Sonia Furstenau, and could end up losing one riding, only to pick up another, for a total of three.

Furstenau, incumbent for Cowichan Valley, and Adam Olsen, Green incumbent for Saanich North and the Islands, were declared winners of their ridings, while the Oak Bay-Gordon Head riding held by former Green Leader Andrew Weaver, was declared to have gone from Green to orange.

Results from Saturday night suggested the Greens may have broken through in the Lower Mainland, in West Vancouver-Sea-to-Sky, with the possible election of Green candidate Jeremy Valeriote.

Because there are roughly half a million mail-in votes to count, it means that it will be at least three weeks before the results of the election are final, and some ridings are too close to declare a winner.

Unless mail-in votes change the numbers dramatically, the Greens may have lost one seat -- Oak Bay-Gordon Head -- only to pick up another: West Vancouver-Sea-to-Sky.

After he was declared re-elected Saturday night, Olsen told Global News that his party has gained a lot of experience in the Legislature and would be holding John Horgan to account.
"We learned how to be an effective opposition, raising issues around old growth," he said. "We have an old growth review panel because of the Greens work on old growth.

"For the last three and a half years it's been easy to blame the Greens for all the difficulties and take all credit for everything. Now this is on him and his government."

As polling results trickled in Saturday night, the numbers were significant enough for the election desk at major broadcasters to predict a majority government for the NDP.

But it will be several weeks before its clear who won some of the closer ridings.

Results from polling stations Saturday night showed a wider margin for Furstenau and she was declared by broadcasters as winner of the Cowichan Valley riding.

The Greens faced huge challenges in this election, not the least of which was the fact that they lost the leader who put them on the map. Andrew Weaver, a climate change scientist who became the first Green party member elected to the BC Legislature in 2013.

Weaver stepped down as leader in November 2019, quit the Green caucus and announced he would not seek re-election. Furstenau was elected in 2017 in Cowichan Valley. She had only been the party’s new leader for a few weeks when the snap election was called.

Amid travel curbs, some students stay put for holidays
Nov 30, 2020 1:18 PM
Comments
We welcome your feedback and encourage you to share your thoughts. We ask that you be respectful of others and their points of view, refrain from personal attacks and stay on topic. To learn about our commenting policies and how we moderate, please read our Community Guidelines.