‘I want the act of being alive to be my job’ 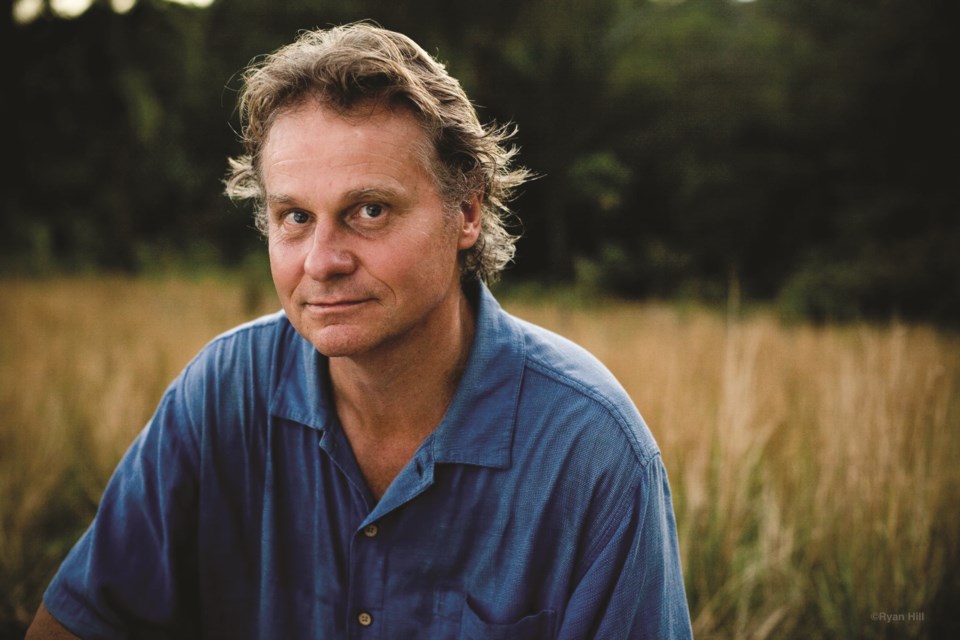 You can’t write a profile of Wade Davis, the headliner of this year’s Whistler Writers Festival, without mentioning the long list and diverse array of his interests and achievements: Anthropologist, botanist, photographer, filmmaker, National Geographic Explorer-in-Residence, historian, political commentator, professor, and author of 23 books. He has scoured the darkest corners of the Amazon for rare plants, spent a year in the rough-and-tumble logging camps of the Haida Gwaii, studied voodoo rituals and the so-called zombies of Haiti, and braved the frigid cold of the Arctic.

In short, Davis has lived the kind of globe-trotting, adventure-fuelled life that wouldn’t seem out of place in a Dos Equis commercial, and in hindsight, appears like the product of a meticulously crafted career plan. So it comes as a relief to hear that Davis once suffered the same self-doubt and uncertainty over his life’s path that most young people do.

“No young person in history was more confused, more anxious, more almost insane with uncertainty as yours truly,” he admits. “In retrospect, I was just in the process of doing the most creative thing one can do, which is build the pieces of one’s own life. It takes time for something to come into being that has never existed before, and that is the whole wonder and complexity of a unique human life.”

What separated Davis from his peers at the time—besides his precocious young mind and tireless work ethic, of course—was an unrelenting desire to figure out his place in the world coupled with an inability to compromise.

“For at least a full decade, when other people were far and away into conventional options, in a sense, I remained this free spirit. Eventually it all came together with my first book [1985’s The Serpent and the Rainbow], and I realized, ‘Oh, that’s what I am. I’m a storyteller.’

“I suppose, in a sense, I gave my destiny time to find me.”

It’s the kind of patience that Davis stresses to young people in his orbit, who often feel like they have to rush off to follow some rigid career path to arrive at an interesting and fulfilling life.

“We have this idea that a career is something you try on like a coat, and then you wear it for the rest of your life. The truth is, especially in today’s world, it’s very difficult for people to find a single outlet in which to plug an entire life,” he says.

“As a young person, I couldn’t imagine a single career to which I would dedicate my entire life. For me at least—and I’m not in any way denigrating these professions—but the idea of being a dentist or an accountant or a lawyer and having to separate work life and recreation from family life just never made sense to me. I want the act of being alive to be my job.”

It was a lesson Davis learned firsthand one day as a young twenty-something at the law office his sister was articling at. Fresh off of his research stint in the Amazon, Davis kept his options open by applying to both law school and grad school for botany. In the lobby of the law office, an older woman behind the reception desk asked him if he was the guy who “ate all those weird plants” in the Amazon. After replying yes, the woman who Davis called his “fairy godmother” led him by the hand back to a dusty law library, and pointed to a rolling ladder. Davis climbed up to find himself face to face with an old lithograph of a 19th-century barrister, complete with “wig, fat belly, hooked nose—the whole works.”

“I freaked and I said, ‘No!’” Davis recalls. “I came down the ladder, walked with her back to the front desk, picked up the phone and retracted my application to law school.”

It was among the first of many examples of Davis bucking societal convention to follow his innate curiosities, which have brought him to the far reaches of the globe. And even with his academic pedigree—he holds degrees in anthropology, biology and ethnobotany, all from Harvard—he has always favoured real-world experience over book-learning.

“One of the biggest misconceptions or untruths that we grow up with, particularly in the bland world of the bourgeoisie, is that creativity happens to other people … And the truth of the matter is creativity is never a motivation of action, it’s a consequence of action,” he says. “It took me the longest time to realize, in a sense, that I had the right to be creative. Given that I’ve built my entire career and supported my family through various acts of creativity … the miracle of my life is that out of that kind of sterile and in a way uninspired suburban upbringing, I ended up finding my way to creativity not because of an innate attribute that I had that somebody else didn’t, but because I jumped off cliffs and I simply did.

“My point in all this is if you want to be an Amazon explorer, go to the Amazon.”

In conversation with CBC’s Vicki Gabereau on Oct. 17 at the Whistler Writers Festival’s virtual Saturday Night Gala, Davis will be discussing his latest book, Magdalena: River of Dreams, about the river that shaped the Colombian nation that sits so close to his heart. The book has earned sparkling reviews—including a tweet from former President Juan Manuel Santos urging every Colombian to read it—but it was a recent piece for Rolling Stone that examined America’s bungling of the COVID-19 crisis that has sparked a flurry of attention. Racking up more than 350 million social media impressions, the article, entitled “The Unraveling of America,” views the U.S. response to the pandemic as a signal of the global superpower’s decline.

“At the height of the crisis, with more than 2,000 dying each day, Americans found themselves members of a failed state, ruled by a dysfunctional and incompetent government largely responsible for death rates that added a tragic coda to America’s claim to supremacy in the world,” he writes.

Penned by a Canadian professor (although he is married to an American and holds U.S. citizenship), the piece stoked swift backlash from a certain segment of reader in the U.S.

“It’s not an anti-American piece,” Davis maintains. “It’s more of a love letter to the country. The first step in any intervention is to hold a mirror up to the face of the loved one and show them just how far they’ve fallen. That’s the first step on the path to rehabilitation.”

Just weeks away from the election, Davis believes that whatever the outcome, bridging America’s growing divide will take years to come.

“Even if Biden does win, the chasm that has been created and provoked and exploded by Trump will not go away. He will exploit that for his own well-being,” Davis says.

“If Lincoln called, in his wisdom, for charity for all and no malice towards men, this dark troll of a man celebrates malice for all and charity for none. If Washington famously couldn’t tell a lie, this man constitutionally can’t recognize the truth. If you actually … draw up a list of all the things he’s done to raise disdain, and look back on all the things we’re supposed to be as decent, moral, kind individuals, all the ideals of our entire Western intellectual civilization, this man represents the antithesis of the embodiment of every trait of character that we have been raised to dismiss and abandon.”

The Whistler Writers Festival runs virtually from Oct. 15 to 18. Tickets to the Saturday Night Gala and all other events are available at whistlerwritersfest.com.

Hear & Now launches weekly online episodes
Oct 29, 2020 2:00 PM
Comments
We welcome your feedback and encourage you to share your thoughts. We ask that you be respectful of others and their points of view, refrain from personal attacks and stay on topic. To learn about our commenting policies and how we moderate, please read our Community Guidelines.