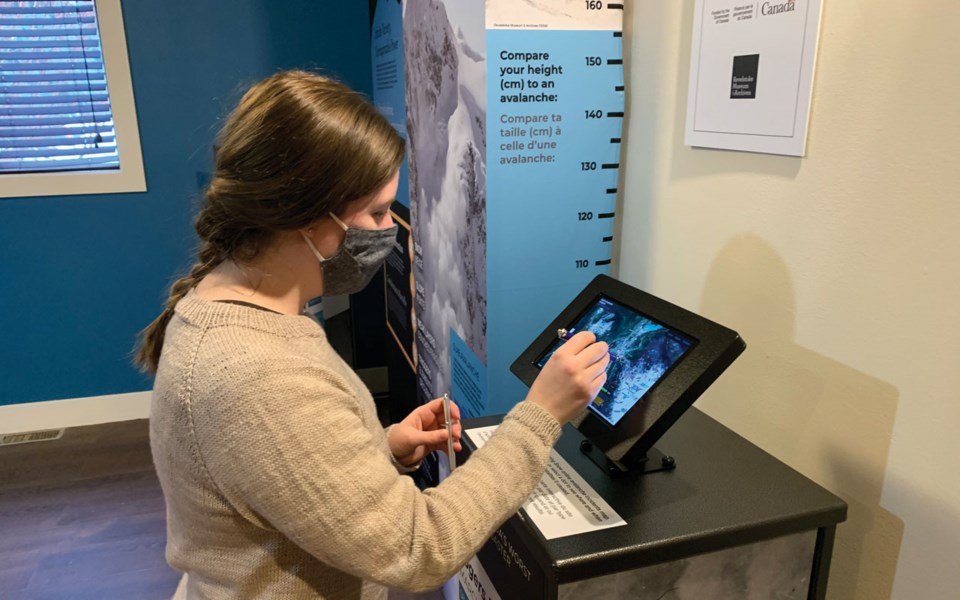 First, a non-fatal slide came down in the late afternoon off the slopes of Cheops Mountain. It buried the Canadian Pacific Railway line, stranding passengers bound for Vancouver, but no one was hurt.

While those stranded waited at the Rogers Pass Station, east of the avalanche, a work train from Revelstoke was sent in to help clear the way. They arrived at the east side of the avalanche and worked away all day attempting to remove the snow and debris.

Then, close to midnight, another massive slide hit, this time from the other side of the valley off the aptly named Avalanche Mountain.

This slide was deadly. Fifty-eight men—long-time Canadians and new immigrants—were buried and killed.

“It was a huge impact to the region,” says Cathy English, curator at the Revelstoke Museum & Archives. “In 2010, we did a commemoration of that. It was a collaboration between Avalanche Canada, the Revelstoke Railway Museum, Parks Canada, CP, and our museum. We had an event in downtown Revelstoke on March 4 and well over 500 people—we figure 800—attended, a tenth of the population of the town. It really resonated with a lot of people.”

After witnessing the interest in that ceremony, the museum realized there was a bigger story to tell: the history of avalanches in Canada. Revelstoke—and the museum—had become a kind of de facto hub for avalanche education and history. For one, Avalanche Canada and the Canadian Avalanche Association are located in town. The Revelstoke backcountry has also seen its share of tragic avalanche fatalities.

The museum itself had also become a repository for avalanche photos and artifacts from various people either living in town or passing through.

So, the museum applied to what was then called the Virtual Museum of Canada (now Digital Museums Canada) for a program to create a website that dives in depth into a historical subject.

By 2012, funding was approved and 2015, they officially launched Land of Thundering Snow.

“It really came out of that recognition that Revelstoke was the epicentre of a lot of avalanche events, but also avalanche history,” English says. “It made sense for our region to be the one to do that. The interest and the expertise was here.”

In conjunction with launching the website, they also set up an in-person exhibit at the museum.

The virtual exhibit went on to win an award from the Canadian Museums Association in 2016 for best science exhibit for a museum with a budget under $1 million “which we definitely qualify for,” English jokes.

But that honour prompted them to take the show on the road. “We felt if we created the travelling exhibit, we’d find a lot of museums interested in taking it,” she said.

And she was right. The first stop on the tour: the Whistler Museum and Archives.

One of the first things you notice when you step into the back corner of the Whistler Museum to explore the travelling exhibit is a dull roar.

At first, it’s hard to tell where it’s coming from, but after a quick peek around, you’ll notice a TV screen with the image of a massive avalanche streaming down a mountainside. The snow resembles thick lava, ripping out trees and carrying along debris as it goes.

“Watching that and seeing all the trees come down is kind of terrifying,” says Allyn Pringle, events and community manager with the museum. “But it’s also just impressive how much that snow can do.”

It turns out, there is one feature of the exhibit—the first travelling exhibit the museum has hosted since the ‘90s—that some visitors are first drawn to though.

“We’ve had some older ski patrollers come through,” Pringle says. “I’m pretty sure one of the first things they do is they use the little map and they zoom in on Whistler.”

The map, which is also accessible online, shows the entire country marked by little dots, each of which represents an avalanche that had at least one fatality, dating back to 1782.

The vast majority of the dots appear in B.C., but, surprisingly, there are a fair number on the east coast of Canada as well.

“The concentration in B.C. is rather amazing,” says John Woods, the man behind the map, and the researcher and writer for both the virtual and physical exhibits. “Then there’s all these avalanches that happened in the Maritimes. Until we got involved in this project, we didn’t know that.”

Because Whistler’s culture, education, and conversation around avalanches centres on backcountry recreation, it’s not hard to overlook the other ways snow slides have impacted Canadians historically.

To that end, along with recreation, the exhibit delves into avalanches impacting travel, mining, even towns and villages built in the wrong places.

“One of the things that surprised me the most is the number of avalanche accidents with mining,” Woods says. “I managed to find quite a few references to avalanches that had destroyed mines and killed folks all over the backcountry of B.C.—and also the Maritimes—where these operations were in very dangerous areas for avalanches. These stories are hard to tease out because they’re in remote locations … I’m sure we haven’t found all of them.”

To trace Woods’ involvement in this project, you have to go all the way back to 1975, when he was hired as the chief naturalist at Glacier National Park. “Part of the duties as chief naturalist is public education,” he says. “One of our main messages … is the history of Rogers Pass, which is very much the history of avalanches.”

Woods also helped produce a film called Snow Wars, for which he had to learn about the science of avalanches. “I had some of the foremost people in the world instruct me in it,” he says.

His background set him up perfectly to contribute to Land of Thundering Snow many years later.

“What was fortunate—how a biologist became a historian—is this is all going on around me,” he says of the avalanche hub that is Revelstoke. “I was so fortunate to be able to see all these things in action and have the people there to talk to… not just talking, but going out with them in the field.”

Of course, the history of avalanches is still evolving. While Woods might be done with the meat-and-potatoes of creating the exhibits, he still volunteers to upkeep the map as fatalities continue to accumulate.

“I’ve been keeping the database up to date since the exhibit opening in 2015,” he says. “Since then, [there’s been] 51 additional fatal accidents—67 people have lost their lives.”

For everyone involved in the online and in-person exhibit, the motivation is to draw attention to the power and danger of avalanches—throughout Canada’s history and into present day.

“It’s not a ‘was’ story; it’s an ‘is’ story,” Woods adds. “Part of all our motivation in not only getting the story, but keeping the topic as high-profile as we can, is so people take the precautions they need to.”

Land of Thundering Snow runs at the Whistler Museum until March 31. To see the online exhibit visit landofthunderingsnow.ca/index-eng.php.