Prime Minister Justin Trudeau said in mid-June that the federal government is looking into reports of U.S. tourists flouting measures around the border shutdown
Jul 2, 2020 1:26 PM By: Canadian Press 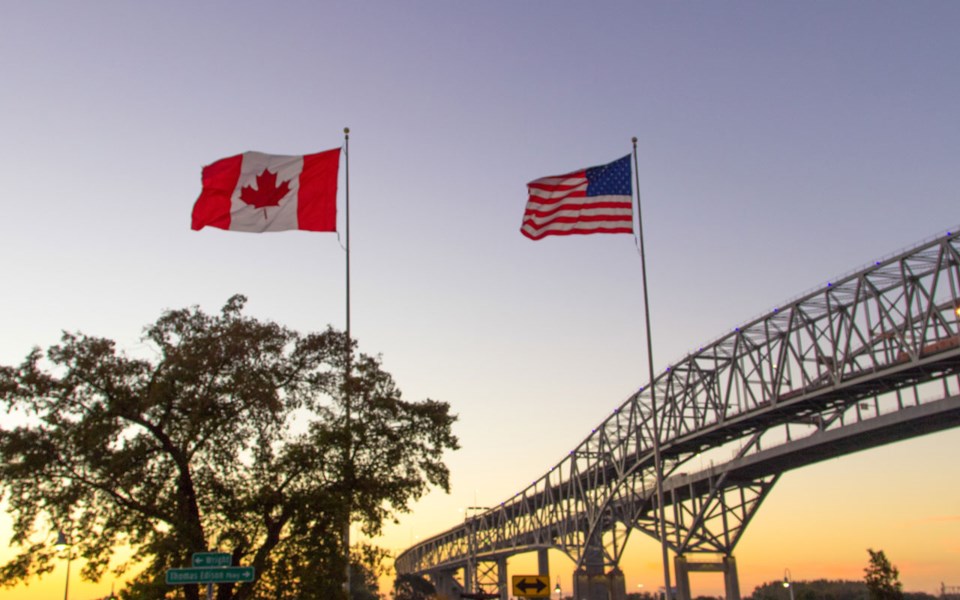 The twin spans of the Blue Water Bridges international crossing between the cities of Port Huron, Michigan and Sarnia, Ontario is one of the busiest border crossings between Canada and the United States. Photo by ehrlif/Getty Images

RICHMOND, B.C. — British Columbia's premier has a message for Americans coming across the border on their way to Alaska: Do not stop in the province while COVID-19 cases continue rising in the United States.

John Horgan says he's heard concerns from across B.C. that Americans have stopped in Vancouver and on Vancouver Island instead of heading straight to their destination, putting residents at risk.

Horgan says he has spoken with Deputy Prime Minister Chrystia Freeland about the need for her to discuss the issue with American officials.

Prime Minister Justin Trudeau said in mid-June that the federal government is looking into reports of U.S. tourists flouting measures around the border shutdown.

Horgan says B.C. has worked hard to keep its infection rates low and progress should not be lost to "queue jumpers" as outbreaks of COVID-19 have increased in many states.

The Canada-U.S. border was closed to non-essential travel in March with some exceptions, including for asymptomatic Americans heading to Alaska, and could reopen on July 21.

This report by The Canadian Press was first published July 2, 2020.

B.C. confirms 47 new cases of COVID-19
Aug 5, 2020 4:31 PM
Comments
We welcome your feedback and encourage you to share your thoughts. We ask that you be respectful of others and their points of view, refrain from personal attacks and stay on topic. To learn about our commenting policies and how we moderate, please read our Community Guidelines.