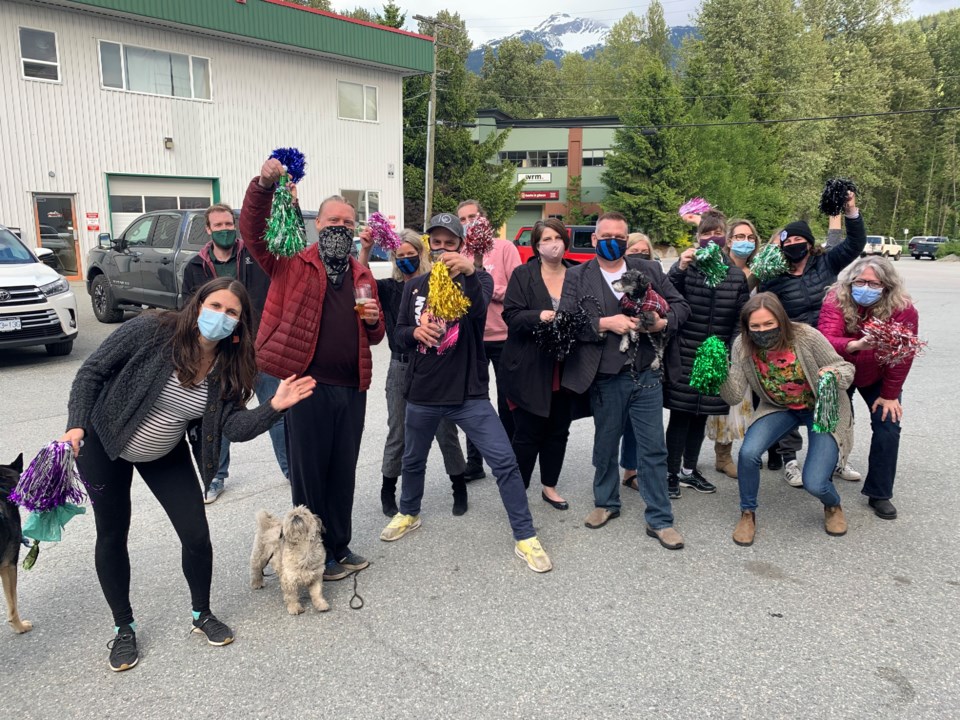 Like so many events this year, the annual B.C. and Yukon Community NewsMedia Association Awards went online for 2021 due to COVID-19. The celebration of local news and media was held June 10.

Golds were awarded for Feature Article, “Every Face Tells a Story,” by reporter Brandon Barrett with graphic design by Jon Parris. Said the judge, “Exceptionally written, well researched and interesting from start to finish.”

“Fight for the Forests,” by reporter Braden Dupuis with graphic design by Parris also took Gold for the Feature Series Award with the judge commenting, “Examining wildfire management ideology in its local context, this investigative series is an inspiring example of first-rate community newspaper storytelling.

“These stories are well-crafted, objective, well-researched and thoughtfully paced. The series features good use of sources and presentation of differing viewpoints. Its attention to broad perspective and local detail absorband inform the reader on a perennial issue that was seasonally pressing when published.”

Golds for the Special Publications was given to Whistler Magazine, edited by Alison Taylor, art director Shelley Ackerman, general manager Catherine Power Chartrand with the judge commenting, “A slick publication with strong, informative editorial. Excellent use of photos with a strong layout. Advertising content excellent and not too cluttered. Easily the best in this category.” Gold was also awarded for Newspaper Promotion for the Valentine’s Day Contest by former production manager Karl Partington, sales manager Susan Hutchinson and team.

Bronze awards were given for Business Writing for “From Farm to Table,” by former reporter Dan Falloon with graphic design by Parris. Said the judge, “The local-food movement has become significant business in the Sea-to-Sky region and the staff at Pique Newsmagazine took its readers through an engaging, well-reported journey about how it is managing to endure the COVID-19 pandemic.”

Pique also took Bronze for the John Collison Award for Investigative Journalism for “Inside an Air BNB bait and switch,” by Barrett with graphic design by Partington. “A frustrating look at a system where scams are all too common and solutions impossible, made especially impactful by the fact that housing is in such short supply at Whistler,” said the judge on this months-long investigation.