A mathematician with Simon Fraser University's MAGPIE Research Group says physical distancing has already been relaxed too much, putting schools at risk of possibly becoming centres for new outbreaks
Aug 28, 2020 11:23 AM By: Amy Smart / The Canadian Press 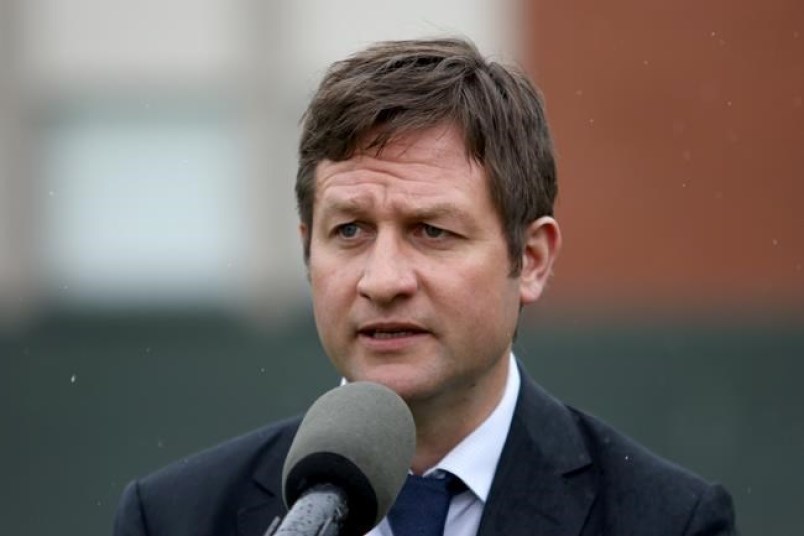 "Our predictions are that right now we're set for exponential growth to levels higher than we have seen before in B.C., and that's even if we do nothing, even if we just keep things as they are," Tupper said in an interview last week.

Since then, the B.C. government introduced new fines for those who flout public health orders regarding physical distancing by hosting large gatherings or refusing to adhere to protocols at restaurants and other businesses.

The SFU group, whose model has not been peer reviewed, is not suggesting schools should be closed, only that they should be given priority over things like bars and indoor dining, Tupper said. There are strong arguments for how important in-class learning is, especially for already vulnerable kids.

"One way to think about it is we have a certain budget for how much indoor social activity we can have, and we should be spending that budget on things like schools and childcare," he said on Wednesday.

"The best shot for schools being safe is if we curtail other activities."

The MAGPIE group forecasts that under conditions as of Aug. 14, active cases would increase to between 1,500 and 4,000 by Sept. 11, with the majority concentrated in the Lower Mainland. Schools open Sept. 10.

The virus appears less prevalent among children and youths, so the model assumes high school students have a 40 per cent lower prevalence rate than the general public. That would mean about one in 2,500 students would be infected when schools reopen, which the group describes as "very low."

If half of those infected show symptoms and stay home, that means a school with 1,500 students returning would have a 20 to 30 per cent chance of hosting an infected student.

Tupper notes that modeling for schools is difficult.

The apparently lower prevalence and impact of the virus on kids could mean the existing plan and preventative measures in schools will be enough to avoid dramatic outbreaks.

It's also difficult to use jurisdictions that have already reopened schools as examples for the model because there are so many variables, such as how far apart desks are spaced and the degree to which the general public is distancing.

"Our degree of confidence is very low on exact numbers because every school is different," he said.

On Wednesday, Education Minister Rob Fleming said the government aims to get as many students back in classrooms as possible, although learning options will vary by school district.

All elementary and middle schoolers can return to classrooms full-time, while some high schools will use a hybrid of in-class and remote learning. Almost 70 per cent of schools are shifting to a quarterly semester model where students will study two courses every 10 weeks.

Tupper said Wednesday the models are unaffected by the government's latest plans for reopening schools, adding that the semester model could help reduce transmission.

"While mathematical models can provide useful insights into questions, they do not forecast what will happen," Gustavson said.

At this stage in the pandemic, she said health officials are relying less on individual models and more on actual disease data in combination with a full body of evidence covering what's known about the disease, the novel coronavirus and school openings around the world.

"School settings are not expected to be major drivers of community transmission," she said.

Dan Coombs, a mathematician at the University of British Columbia, said his own kids are set to return to high school in the fall.

"It's sobering when you look at numbers like that," he said in reference to the SFU figures.

Overall, he said school transmission should reflect wider transmission within the community, so COVID-19 cases in schools should vary across the province.

There's no "magic number" that would indicate schools should be closed, he said, but school districts should prepare plans for when that might happen.

At this stage, the evidence suggests children are less likely to develop severe symptoms from COVID-19 but the harmful effects of closing schools is well known, he said.

"I think it's very important that we do reopen schools and we do what we can to make that happen and make it happen as safely as possible."

Fleming said Wednesday there are guidelines for what happens if and when a case should present itself at schools, including what to do and when it warrants a public health investigation.

Broadly speaking, the ministry has asked school districts to prepare to move to fully remote or hybrid models of learning if there is a significant second wave.

"We'll be able to move forward as well as we can move back," Fleming said, depending on public health orders.

In an article titled "Ethics of COVID-19-related school closures" published in the Canadian Journal of Public Health on Aug. 7, Michael Silverman, Robert Sibbald and Saverio Stranges argue for a regular re-evaluation of the need to open or close schools as new data emerges.

They call for at least a partial reopening because of the apparent low risk of the virus to children and negative consequences of a closure.

There's very limited evidence that school closures have any impact on coronavirus outbreaks, they write.

Silverman is with the division of infectious diseases at Western University in London, Ont., Stranges is a professor at Western's department of epidemiology and biostatistics, and Sibbald is with the London Health Sciences Centre.

Modelling studies suggest school closures have the greatest effect if the virus has low transmissibility and if attack rates are higher in children than adults, neither of which they say are likely true for COVID-19. Although high school students may have higher rates of infection, preschool and elementary students have an especially low infection risk and do particularly poorly with distance learning, the article says.

"Reopening schools for these younger children is an urgent priority," it says.

Children kept at home have higher rates of anxiety and depression, more screen time and are at greater risk of physical abuse. For vulnerable families, the loss of access to school services like counselling, special education and nutritional support is concerning. And the economic effects of parents being kept home to provide childcare are particularly severe for disadvantaged families, the article says.

"Although the long-term effects of our current COVID-19-related schooling policy are largely unknown, it is safe to say that there are likely to be several unintended consequences which we will recognize only after the data are compiled."

This report by The Canadian Press was first published Aug. 28, 2020.