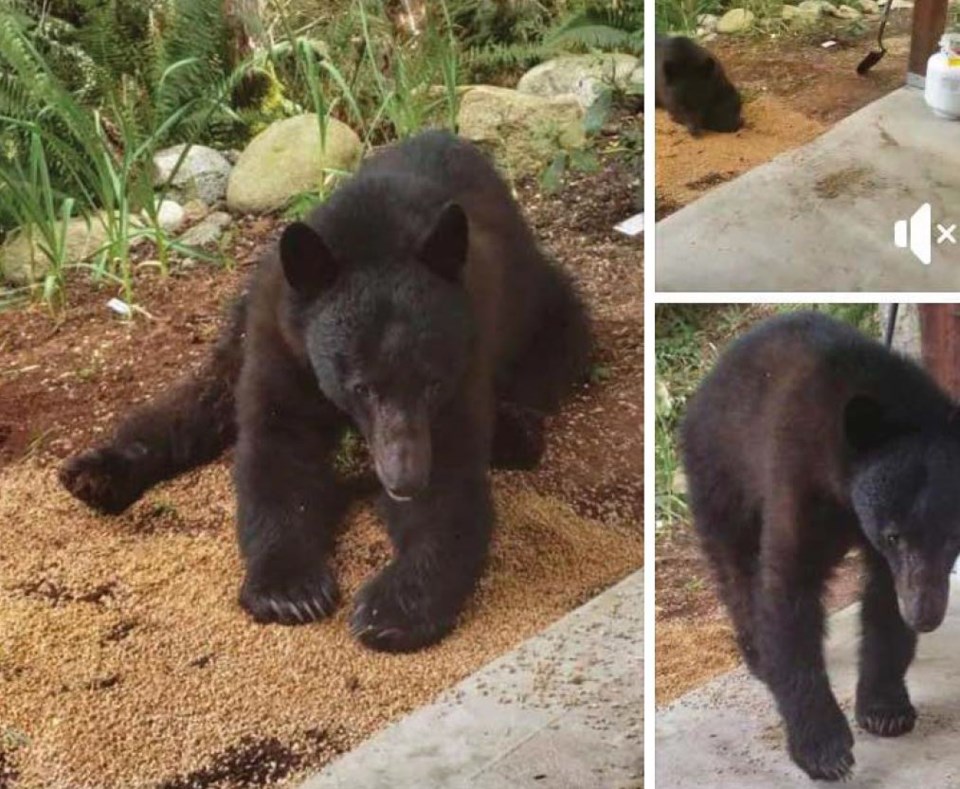 A Sechelt man was fined after posting images of bears feeding from a large pile of grain on his property in April 2020.BC COS photo

A Sechelt man has been fined under the BC Wildlife Act for attracting two bears to his property in 2020.

On May 19, the man pleaded guilty to attracting dangerous wildlife to a premise. He was issued a $900 fine, $800 of which will go to the Habitat Conservation Trust Foundation, conservation officer Leyland Klassen told Coast Reporter.

The charge stems from April 29, 2020, when the B.C. Conservation Officer Service (COS) was notified of a social media post that showed two bears, a cub and a sow, feeding on a large pile of grain and from bird feeders at a residence in the West Porpoise Bay area, Klassen said.

When COS investigated, Klassen said there was information to suggest that the situation started as a mistake, and wasn’t corrected. The bears continued to access the large amount of food at different times throughout the day.

Most instances involving wildlife and attractants result in fines handed out by enforcement officers, Klassen said, but situations with large quantities of attractants, as well as deliberate and repeat and offenders, warrant addressing the situation through the court system. He noted that the Sechelt man charged was not a repeat offender.

“Thankfully, we were able to manage the situation by managing the people,” Klassen said. Though there were more conflicts in the area involving the two bears, no further action apart from education around attractants was necessary.

Before the incident, COS had been monitoring bear activity in the area after a family of bears approached two children playing in a backyard. Several warnings and tickets were issued in the area, according to a press release from COS on June 10.

“This is just another reminder to people that they need to manage their attractants because it has the potential to cause a dangerous situation to residents, and also a dangerous situation to the bears. At the end of the day, we’re looking out for the bears,” Klassen said. “We don't want to intervene if we don't have to... It was unfortunate that this had to happen, but it was fortunate that we were able to manage it, and that we didn’t have to remove the bears.”