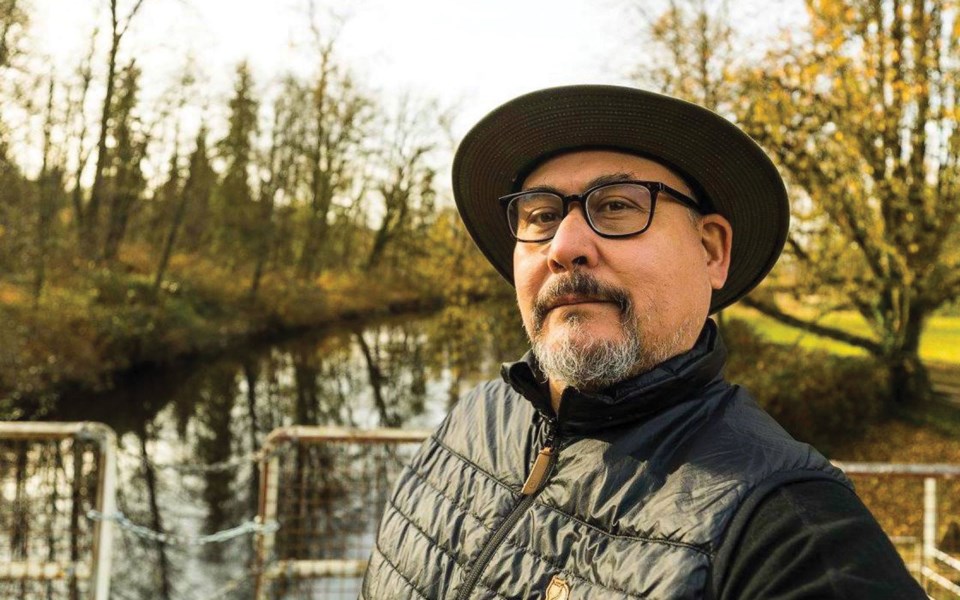 Dr. Rudy Reimer has relied on the cultural knowledge of Indigenous communities—including his own Squamish Nation—to inform his archaeological work. Photo courtesy of the Whistler Public Library

When the Squamish Nation’s Dr. Rudy Reimer began his study of archaeology and cultural history, he was angry, “just like every other Indigenous person.” Angry at the way academia viewed archaeology through an outsider’s perspective, angry that the deep well of Indigenous knowledge wasn’t being incorporated into the discipline, angry at the rigidity of a field of study with a checkered past in the Western world.

“The history of the discipline of archaeology is actually quite dark,” Reimer said in an online talk last week organized by the Whistler and Squamish public libraries. “I don’t want to sound too political here, but it’s very colonial. It’s about the investigation of other peoples’ histories. When we think about how that is done through the excavation, the analysis and interpretation of those materials, it’s very different from what Indigenous people would say.”

Reimer, whose Indigenous name is Yumks, is a professor at Simon Fraser University who has played a crucial role in bridging the divide between the stodgy halls of academia and the Indigenous communities where archaeologists carry out their fieldwork.

In short, he’s taken an approach that not only draws on Indigenous knowledge, but actively involves First Nations in the retelling and sharing of their own histories in a way traditional scholarship never could—both through his academic work and a consulting company he formed in the mid-‘90s to help Indigenous communities protect their sacred sites. That firm, First Heritage Archaeological Consulting, helped train Squamish Nation members—including some of Reimer’s relatives—to carry out archaeological surveys, excavations and other work in their own communities.

He also played a hand in creating the interpretive signs and kiosks that identify important cultural sites along the Sea to Sky corridor leading up to the 2010 Olympics, as well as the 10-year Ut’sam Witness Project, which eventually led to the protection of several sacred sites that are now an important part of the Squamish Nation’s land-use planning. (These days, the Nation controls close to 90 per cent of the forestry activity within its territory, Reimer said.)

“Culturally and in terms of heritage and archaeology here, what we were trying to achieve here is not just protecting dots on maps. We’re trying to protect the context of cultural heritage in a broader sense,” he noted.

Reimer cited a lighthearted example of the ways direct community knowledge can inform archaeology. A lava flow on the slopes of Brohm Ridge known as Syexwa’y’akalh to the Squamish people fascinated Reimer when he was a PhD student because he knew it literally translated to “pee underwater.” Whenever he would mention it to elders, they would just chuckle. It wasn’t until Reimer actually visited the site that he noticed a small well bubbling up from the rock formation that drained into Brohm Creek. He took off his boots and socks, rolled up his pants, and dipped his toes into the soothing, warm water.

“I don’t know if any of you have … ever had little ones that swam up to you in the pool, smiled and then the water got warm. You can understand the translation here,” he said with a laugh. “This is an example of cultural knowledge that you can only gain by going out on to the landscape. If you took this for face value on a map or on Google Earth, you wouldn’t really understand it.”

Reimer has also helped spread awareness of important Indigenous sites across B.C. through his more high-profile work on TV series like APTN’s Wild Archaeology and 1491, not to mention a series of graphic novels planned for next year that will depict some of the oral history and stories of the Squamish people.

“For me, it’s enjoyable,” he said of his media work. “It’s an academic responsibility to present archaeology and cultural heritage in a meaningful way. But for me as an Indigenous person, it’s also a culturally meaningful way to make sure not just my community’s history but enabling other communities to have their history presented the way they want.”

“What this work enables academic researchers to do is really open up the community interpretation of findings. We as archaeologists, we look at these artifacts and these sites and we say it’s this. But what do people in the community say about them? That’s what I want to find out.”

A recording of Reimer’s Zoom talk, “Bringing History to Life with Indigenous Archaeology,” is available to watch on the Whistler Public Library’s Facebook page.

Record number of people being monitored for COVID-19 in B.C.
Sep 23, 2020 5:29 PM
Comments
We welcome your feedback and encourage you to share your thoughts. We ask that you be respectful of others and their points of view, refrain from personal attacks and stay on topic. To learn about our commenting policies and how we moderate, please read our Community Guidelines.