Squamish Search and Rescue ties record year for most callouts 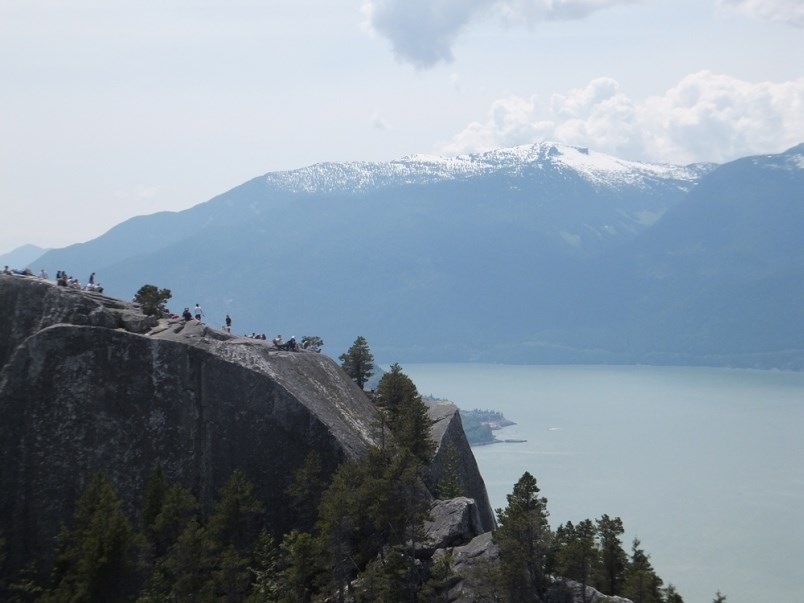 The Chief was the site of another rescue this weekend as three hikers got lost and trapped. Photo: GETTY IMAGES

As of Sunday, Squamish Search and Rescue has tied the number for most calls in a year, setting 2020 up to probably be the busiest year on record.

On the afternoon of Sept. 27, crews came to the aid of three hikers who got lost at the Stawamus Chief's first peak trail.

"Obviously, it was coming," said rescue manager B.J. Chute on Sept. 28. "It's been an incredibly busy year for not just Squamish Search and Rescue but all SAR teams in the province."

In 2018, the same number of calls were made to rescuers from January to December.

One more call and Squamish Search and Rescue will be setting a new all-time high. And it may be by a significant margin, as there are several months left in the year.

Furthermore, at this time of year during 2018, the total callout number was only 90.

Things have slowed down, however. For the last two weeks, there was only one call per week.

For Sunday's incident, Chute said that the three hikers became lost on their way down from the first peak.

They went off-trail around the second ladder hikers would encounter if they were descending from the top.

The group then tried using Google Maps to regain their bearings. Judging from the display, it appeared there was a nearby trail that they could find with a little bushwacking.

However, that was incorrect, and the hikers instead found themselves in an area surrounded by cliffs, and they became trapped.

"Google Maps is not an effective navigation tool in the backcountry or frontcountry," said Chute.

Rescuers flew in with a helicopter and gave them rope handlines, which allowed them to walk themselves out.

Everyone made it out fine, and the hikers were then able to walk down the trail to their car.

There was also one more lesson to be learned from the incident.

"When they called 911 and requested help, despite the fact that the RCMP and ourselves were given all three phone numbers, they weren't answering their phones," said Chute.

"I think it's a good time to remind people that if you do call for assistance, a SAR manager will attempt to call you back. So you should power down your phone and conserve your battery and wait for that call."

He also re-emphasized the importance of being prepared for adventures.