The notice was issued Thursday, when the public safety minister also announced the restriction of visitors to Haida Gwaii, where 20 people have tested positive for the virus
Jul 31, 2020 8:44 AM By: Canadian Press 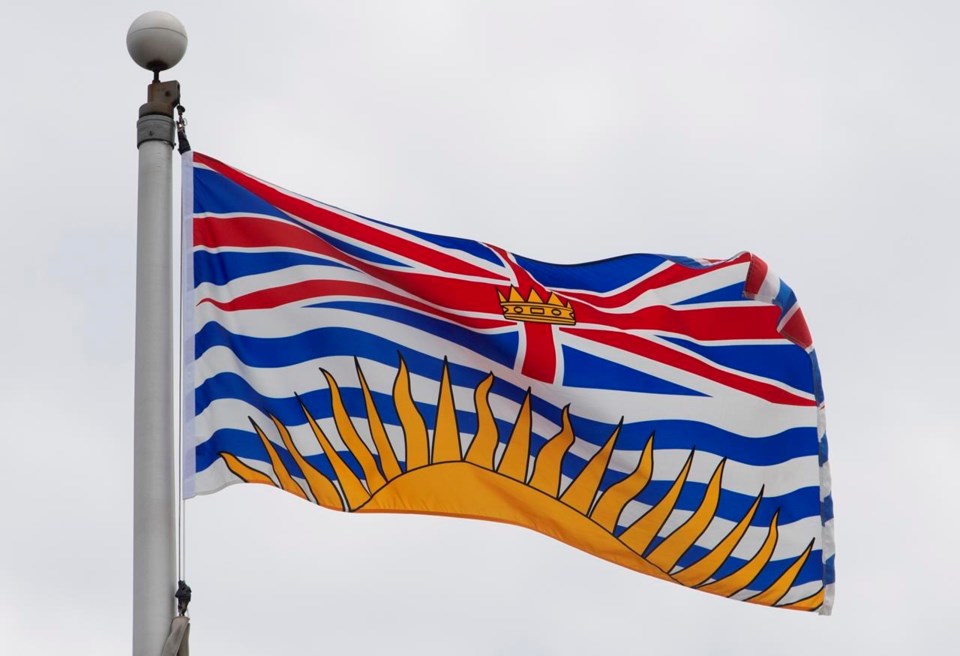 British Columbia's provincial flag flies on a flag pole in Ottawa, Friday July 3, 2020. The Tahltan Nation has issued a notice that the public should avoid its territory in northwest British Columbia until the there's a vaccine or community immunity for COVID-19. THE CANADIAN PRESS/Adrian Wyld

DEASE LAKE, B.C. — The Tahltan Nation has issued a notice that the public should avoid its territory in northwest British Columbia until there's a vaccine or community immunity for COVID-19.

The notice was issued Thursday, when the public safety minister also announced the restriction of visitors to Haida Gwaii, where 20 people have tested positive for the virus.

The Tahltan said in a statement that the consequences of spreading COVID-19 are too great, given the limited access to acute medical care for residents.

The nation's territory spans almost 96,000 square kilometres of land or about 11 per cent of the province.

All non-essential travel to Dease Lake, Iskut and Telegraph Creek should be avoided, and all recreational activity access points will be blocked with gates and monitored, the statement says.

It adds the RCMP is working with the province to get additional police and conservation officer support.

Indigenous communities in the Tahltan Territory are particularly vulnerable to a COVID-19 outbreak due to their highly social culture and limited access to timely testing and medical services, the statement says.

The Haida Nation has also called on visitors to stay away, particularly as local fishing lodges draw large numbers of people every summer.

Public Safety Minister Mike Farnworth announced Thursday the use of extraordinary powers to restrict non-resident travel to the archipelago of Haida Gwaii.

"Our foremost concern is the health and safety of all residents of Haida Gwaii, and we're working together to limit further spread of COVID-19," Farnworth said in a statement.

All cases in Haida Gwaii are believed to be linked to off-island residents or those who had contact with a local who travelled elsewhere.

Farnworth's ministry said testing for the islands has been prioritized and results are being received within 36 hours. Accommodations for those who must self-isolate are available if needed for anyone who has tested positive.

Health officials announced 29 new cases in the province, with five people in hospital, two of them in critical care.

Provincial health officer Dr. Bonnie Henry said an investigation is ongoing into an outbreak at Fraser Valley Packers in Abbotsford, where 59 cases have now been linked, up from 31 reported on Wednesday.

Henry suggested a surge in COVID-19 from crowds gathering in the central Okanagan on Canada Day should serve as a lesson for those getting together for the B.C. Day long weekend.

However, she said British Columbians have listened to concerns about the potential for widespread transmission of the virus and she's grateful to many residents who rejoined the collective effort to keep COVID-19 rates manageable.

"I want especially to thank young people who have taken this to heart," Henry said. "I know this is an anxiety-provoking time. It has been a challenge for young people, whether it's teens or people in their 20s and 30s when we don't know how long this is going to last."

An outbreak is currently underway in one care home in Vancouver.

Health Minister Adrian Dix said all care homes and assisted living facilities are expected to submit safety plans to their local health authority by next Thursday so one designated family member can visit a resident once a week.

"People have had three visits or more at certain care homes," Dix said.

"It's our expectation, in the coming months, to have the possibility of more visits."

This report by The Canadian Press was first published July 30, 2020.

Long-awaited federal rent subsidy program for businesses hurt by COVID-19 opens today
Nov 23, 2020 7:59 AM
Comments
We welcome your feedback and encourage you to share your thoughts. We ask that you be respectful of others and their points of view, refrain from personal attacks and stay on topic. To learn about our commenting policies and how we moderate, please read our Community Guidelines.