MONTREAL — Air Canada pilots have ratified changes to their contract that will help the carrier grow its cargo business, as airlines scramble to minimize the pandemic’s toll on their bottom lines.
Nov 27, 2020 12:54 PM By: Canadian Press 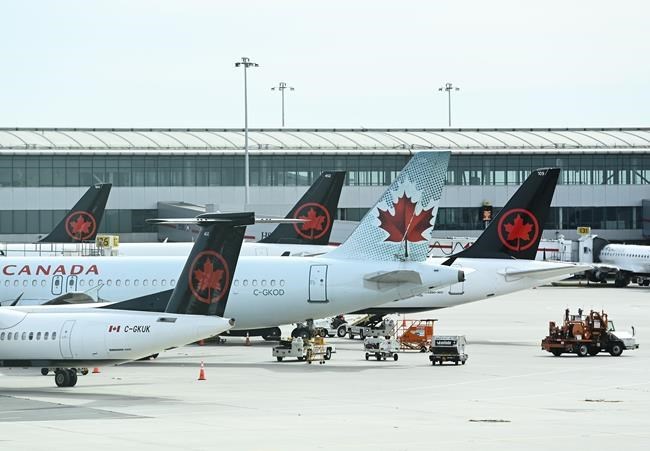 MONTREAL — Air Canada pilots have ratified changes to their contract that will help the carrier grow its cargo business, as airlines scramble to minimize the pandemic’s toll on their bottom lines.

The Montreal-based airline said in a statement Friday that it would convert several of its retired Boeing 767 aircraft to carry freight and that it had appointed a new executive, Jason Berry, to oversee its cargo division.

"Air Canada and Air Canada Cargo have pivoted quickly to new and unique commercial opportunities in response to evolving market conditions over the past 11 months,” said Lucie Guillemette, Air Canada’s executive vice president and chief commercial officer, in a statement.

The airline has looked to cargo as a potential opportunity in an otherwise bleak year. In May, Air Canada announced it was adding flights to Bogota, Lima, Amsterdam, Dublin and Madrid to its cargo service, which includes up to 100 international all-cargo flights per week, according to the airline.

With fewer flights, and less cargo being transported in the luggage compartments of passenger aircraft, the price of shipping cargo by air has increased. Other airlines such as American Airlines and United Airlines, have begun operating cargo-only flights this year, hoping to use the opportunity to stem their losses.

But Air Canada’s decision to convert several planes to carry freight will require a bigger investment in its cargo business than before, when it was transporting goods on empty passenger jets or planes with the seats taken out, said John Gradek, a lecturer at McGill University and the head of its Global Aviation Leadership Program. That raises questions about whether the slump in passenger demand will last long enough for the bet to pay off, he added.

Converting passenger jets to freighters involves cutting into the plane’s fuselage to create doors that can be used to load cargo and installing rollers on the floor of the plane, an effort that can cost tens of millions of dollars per plane, according to Gradek.

“The airplane has to get literally rebuilt to operate as a freighter,” Gradek said. “It’s not like you’re just pulling seats out and away you go.”

Air Canada's announcement today comes as the country's air sector awaits a decision from Ottawa on financial support for the industry. The Canadian government pledged in September to provide support for hard-hit businesses in the travel and tourism industries, but it has yet to announce a detailed plan.

Air Canada says the contract changes will help it operate more competitively in the cargo business.

Michael McKay, chair of the Air Canada Pilots Association’s master elected council, said the organization’s members voted on the revised agreement earlier this month. The Boeing aircraft, which have been grounded and were exiting Air Canada’s fleet, will form a new fleet once they are converted to freighter configuration, McKay said.

Berry, whose appointment as vice president for cargo begins Jan. 1, will join Air Canada from Alaska Airlines' wholly owned subsidiary McGee Air Services, where he was president. He led Alaska Airlines' cargo business from 2012 until June 2019.

This report by The Canadian Press was first published Nov. 27, 2020.

Companies in this story: (TSX:AC)