‘It felt like they were forcing me to quit’: HBC worker files wrongful dismissal suit

On a spring day 21 years ago, Yvette Mitchell walked into Hudson’s Bay Co.'s flagship department store in downtown Toronto with a resume. She loved fashion and wanted to work on the third floor — the epicentre of women's designer clothing in Canada.
Apr 28, 2021 1:38 PM By: Canadian Press 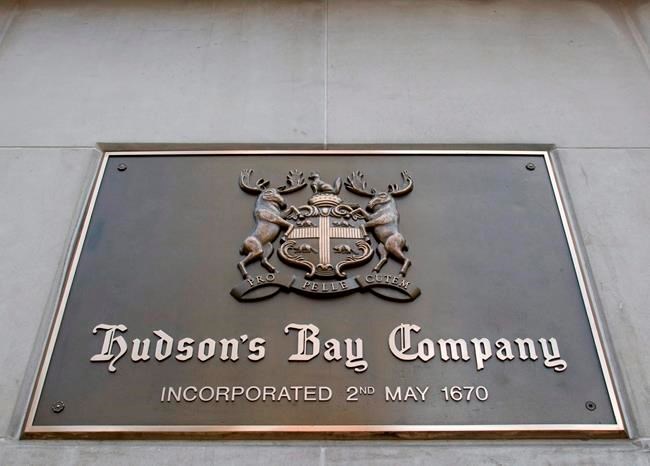 On a spring day 21 years ago, Yvette Mitchell walked into Hudson’s Bay Co.'s flagship department store in downtown Toronto with a resume.

She loved fashion and wanted to work on the third floor — the epicentre of women's designer clothing in Canada.

She was hired on the spot.

"I was so excited," Mitchell said in an interview. "I had a great interest in fashion and thought where else to go than the Bay."

Two decades later, the retail veteran said she was in shock when the company unilaterally altered the terms of her employment, changing her permanent part-time status to that of an "auxiliary associate."

Mitchell, who had been on a temporary layoff since April 2020, last month received a letter from HBC outlining the status change.

It not only meant Mitchell would go from a guaranteed 30-hour work week to an arbitrary range of zero to 27 hours a week, she would also lose her health and dental benefits, five-weeks vacation and potentially her pension entitlements going forward, she said.

"I felt like they were forcing me to quit ... to hijack my severance pay," Mitchell said. "I felt really hopeless and lost."

She took her case to a lawyer, who has filed a statement of claim in the Ontario Superior Court of Justice alleging wrongful dismissal.

She is seeking damages for her lost benefits and pension entitlements, accrued vacation pay and lost salary and commissions, it said.

It's also seeking damages for the bad faith manner of termination and punitive damages.

The claim said Mitchell was sent home last March at the outset of the COVID-19 pandemic and in April was temporarily laid off due to a shortage of work amid ongoing store closures. Last month, she received a letter informing her that her position had changed.

The claim says the retailer engaged in "constructive termination," arguing that by unilaterally changing the terms of her employment during a temporary layoff, the company has not provided Mitchell with proper notice or severance pay.

The claims made in the filings have not been proven in court.

The company said in a statement that as it is an active litigation "it would be inappropriate to comment on the particulars of this case."

The Hudson’s Bay location in downtown Toronto has been either closed or under strict capacity restrictions since March 17, 2020.

But Mackenzie Irwin, an employment lawyer representing Mitchell, said it's illegal for an employer to make significant changes to an employee’s hours of work, pay or duties — even during the pandemic — unless they have consent from that person.

“What HBC is trying to do is change the terms of her employment such that they could potentially award her zero hours in any given week," said Irwin, an associate with Samfiru Tumarkin LLP in Toronto.

"It creates serious instability… and is quite palpably unfair.”

A worker has the right to treat sweeping changes to their job as a termination through constructive dismissal, and leave with an amount of severance based on their age, years of service and position, she added.

“Our firm has seen examples in the past where a company has drastically cut down a long-term employee's hours," Irwin said. "Once that individual has worked under this new arrangement long enough, they are let go from their job and offered an inadequate severance package based not on their previous qualifications, but instead their new and reduced hours of work."

A recent court decision — the first of its kind to deal with a COVID-19 layoff in Ontario — could be favourable to Mitchell's case, said employment and business lawyer Adam Savaglio.

"This decision where a constructive dismissal has been found as a result of a pandemic-caused layoff has swung the pendulum in favour of employees to the serious detriment of employers," said Savaglio, a partner at Scarfone Hawkins LLP.

"This has the potential to tie up the courts with more claims against businesses that haven't been generating income," he said. "It could be nuclear for businesses facing termination payouts, that are already struggling with forced closures and restrictions on business."

On Mitchell's case, Savaglio said there are some genuine issues raised in the claim, without even taking into consideration the recent court decision.

For example, he said an employer can't fundamentally change a contract without consideration or working notice to the employee, and that an individual’s time on layoff may not be considered “working notice."

Still, he said there are obligations for workers to mitigate their losses, such as attempting to find other comparable work.

Meanwhile, Mitchell said she's not alone. She said she knows of several other longtime HBC workers who have had the terms of their employment similarly altered.

In January, HBC said it was permanently laying off more than 600 workers as a result of ongoing lockdowns that have shuttered many of the retailer's stores across the country for months.

Many of those workers received a so-called working notice, which means they are expected to work until the termination date.

Employment lawyer Lior Samfiru, a partner with Samfiru Tumarkin LLP, called it "absurd" to offer working notices when stores are closed and said HBC should be providing severance pay.

For Mitchell, she said she was a loyal and dedicated employee for 21 years.

"They had a choice to package me out, to give me a severance and be done with it," she said. "Instead they've changed my position so that come September, they don't owe me anything — no benefits, no pension, not even hours."

This report by The Canadian Press was first published April 28, 2021.