TORONTO — Canadian toymaker Spin Master Corp. is taking Rubik's Cube for another spin around the block.
Oct 27, 2020 8:22 AM By: Canadian Press 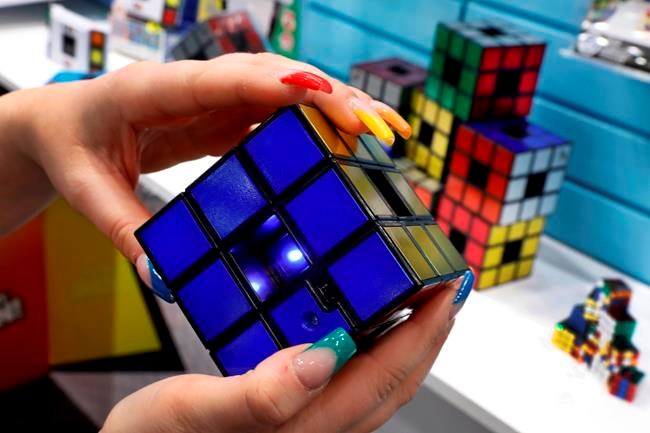 TORONTO — Canadian toymaker Spin Master Corp. is taking Rubik's Cube for another spin around the block.

Hungarian puzzle enthusiast and teacher Erno Rubik invented the multi-coloured cube in 1974 and the toy became a commercial success after it launched globally in 1980.

"The Rubik's Cube is an iconic puzzle that has permeated pop culture and captivated fans for more than 40 years," Spin Master vice-president Elizabeth LoVecchio said in a statement.

Erno Rubik said in the statement that he's excited that Spin Master will "fulfil my vision of nurturing smarter, future generations through play."

According to "Cubed: The Puzzle of Us All," a book published in 2018, Rubik says the cube has attracted more attention than he ever imagined.

"It is a curious fact — one that surprises me as much as anyone — that for so many decades during a time of an unprecedented technological revolution, fascination with such a simple low-tech object has survived," Rubik wrote.

For those who haven't seen or touched a Rubik's Cube, it can be described as a cube made up of smaller cubes that rotate around a central core..

The challenge is to give the cubes a spin and then try to get them back to their original configuration — a surprisingly difficult thing to do given the number of possible configurations.

Spin-Master — which generated US$1.58 billion in revenue for the year ended Dec. 31, 2019 — reports its third-quarter results on Nov. 11 and holds its conference call the following day.

This report by The Canadian Press was first published Oct. 27, 2020.

Companies in this story: (TSX:TOY)