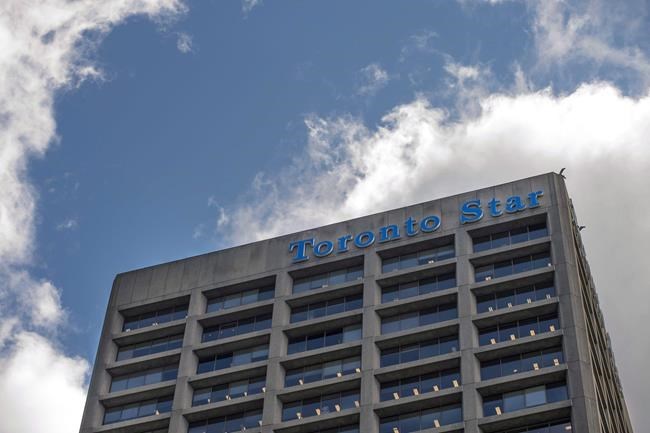 The publisher of the Toronto Star as well as other daily and community newspapers says Boynton, president and CEO of Torstar since 2017, will work with NordStar co-owners Jordan Bitove and Paul Rivett on a number of digital growth initiatives.

Torstar says its chief investment officer, Lorenzo DeMarchi, takes over as CEO on an interim basis. He was chief financial officer of Torstar from 2009 to 2020.

Ian Oliver, president of Metroland and executive vice-president of Torstar, will become CEO and co-owner of a new group of companies based on Metroland Parcel Services and will report directly to the chair of NordStar.

Metroland Parcel Services was launched in November to provide final-mile delivery of parcels for major retail clients in Ontario.

"We are excited to have John Boynton join us at NordStar," said Bitove. "From this new position, John will focus on NordStar's many current and future digital initiatives."

"Both Ian Oliver and Pary Bell have chosen to branch out as owners and operators," said Rivett. "We encourage their entrepreneurism and look forward to the creation of additional businesses."

This report by The Canadian Press was first published April 27, 2021.

Torstar holds an investment in The Canadian Press as part of a joint agreement with subsidiaries of the Globe and Mail and Montreal's La Presse.