WestJet says it will begin providing refunds to passengers who had their WestJet and Swoop flights cancelled by the airlines as a result of the COVID-19 pandemic.
Oct 22, 2020 10:56 AM By: Canadian Press 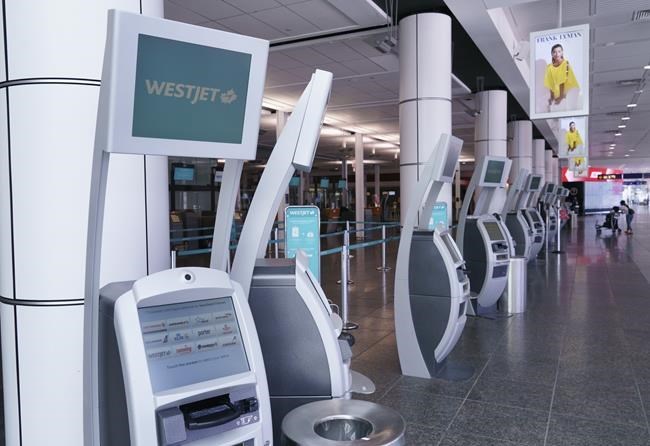 WestJet says it will begin providing refunds to passengers who had their WestJet and Swoop flights cancelled by the airlines as a result of the COVID-19 pandemic.

The company says the refunds will be in the original form of payment rather than a credit for future flights as it had previously offered.

The refunds will apply to all classes of fares including non-refundable basic fares, which the company initially said on its website were excluded from the policy change.

WestJet said the refunds only apply to flights it cancelled — rather than those cancelled by the passenger — because it is focusing on reinstating the practice "in line with its regulatory tariff and booking conditions that were in place pre-COVID."

The Calgary-based company said it will begin on Nov. 2 to contact eligible passengers, starting with those whose flights were cancelled at the onset of the pandemic last spring.

“We are an airline that has built its reputation on putting people first,” said Ed Sims, WestJet president and CEO.

“We have heard loud and clear from the travelling public that in this COVID world they are looking for reassurance on two fronts: the safest possible travel environment; and refunds."

Air Canada says it has refunded $1.2 billion for refundable tickets in the original form of payment since March.

Refunds are expected to take six to nine months, while Air Canada says its refunds are in "real time."

"For customers with non-refundable tickets, we have the most generous and flexible voucher option in Canada," Air Canada spokesman Peter Fitzpatrick wrote in an email.

WestJet Vacations guests are to continue following the process it already established.

The company said it would not raise fares to pay for the refunds.

"It is our intention to remove barriers to travel, not create further affordability challenges for hard-pressed travellers," it said on its website.

WestJet had started to bleed money from advance ticket purchases even before Wednesday’s announcement.

Of the nearly 16,300 guests who requested chargebacks from their credit card issuers between March and Aug. 19, only 11 per cent were denied, according to an affidavit WestJet regulatory affairs director Lorne Mackenzie filed to the Federal Court in August.

Within the same period, however, 39 per cent of chargeback requests on WestJet Vacations trips were denied.

The refund change comes days after opposition parties demanded the federal government ensure that passengers receive refunds as a condition of any airline bailouts.

Canadian airlines have seen their revenues crater because of a collapse in global travel, with passenger numbers in Canada down 90 per cent year over year in July and little improvement since.

WestJet said it has faced a 95-per-cent drop in demand that forced it to park more than 140 of its 181 aircraft and lay off more than 4,000 employees.

Airline requests for financial assistance from Ottawa have failed to materialize in funding while the United States and some European countries have offered carriers billions in financial aid, with strings attached including partial government ownership and emissions reduction commitments.

"Despite the lack of sector-specific support from the government, this now puts us in line with refund requirements in every other jurisdiction we operate, particularly the U.S., U.K. and EU," WestJet added.

Intergovernmental Affairs Minister Dominic LeBlanc left the door open to a bailout, including the purchase of airline shares by Ottawa, in an interview with CTV's Question Period on Sunday.

LeBlanc said Canadians expect stringent conditions on any federal airline funding, such as addressing the issue of travel vouchers.

Passenger rights advocate Gabor Lukacs said the six to nine months WestJet estimates it will take to process refund requests is excessive, calling it “ridiculous” and a “non-starter.”

Certification hearings on a class action against WestJet and its Swoop subsidiary, Air Canada, Transat A.T. and Sunwing Airlines are slated to begin in Federal Court on Nov. 2, the same day WestJet’s policy goes into effect.

— With files from Christopher Reynolds in Ottawa.

This report by The Canadian Press was first published Oct. 21, 2020.

Companies in this story: (TSX:AC).

Note to readers: This is a corrected story. An earlier version said WestJet was the first airline to offer refunds; in fact WestJet and Air Canada had previously offered refunds on some flights and tickets.