EDMONTON — Alberta's health minister has ordered an independent third-party investigation into how the province's health authority responded to a racist act at one of its hospitals.
Jul 3, 2020 3:21 PM By: Canadian Press 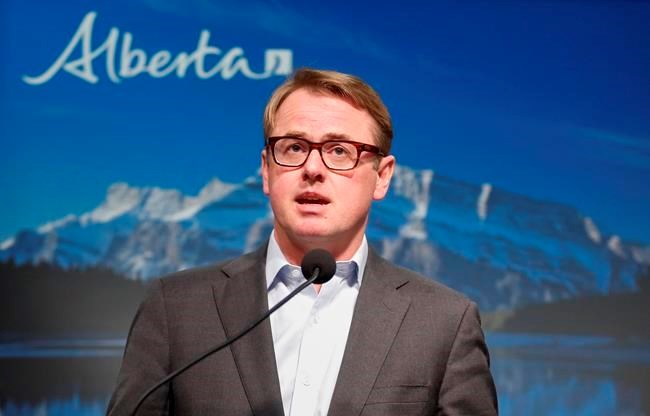 EDMONTON — Alberta's health minister has ordered an independent third-party investigation into how the province's health authority responded to a racist act at one of its hospitals.

Tyler Shandro said in a statement Friday that a piece of rope tied into a noose was found taped to the door of an operating room at the Grande Prairie hospital in 2016.

"In August of 2019, I was first made aware of this incident and was reassured by senior officials that the matter was being dealt with appropriately," he said.

Shandro added, however, that he recently heard about it again and there are questions about how Alberta Health Services handled the matter in 2016.

"I share their concerns and I am not satisfied that this matter was handled appropriately," he said.

A statement from the health authority late Friday said the "disturbing and unconscionable racist act at the Queen Elizabeth II Hospital in Grande Prairie in 2016 was investigated and acted upon by Alberta Health Services."

They said they are deeply sorry for the pain it has caused.

"Racism, discrimination, and unconscious bias have no place within AHS, and this racist act in no way reflects the beliefs of the organization and the values we hold dear," said the statement.

Officials said they acted to ensure the person involved accepted responsibility and that the victims were supported.

They added that they are awaiting the completion of an investigation by the College of Physicians and Surgeons into the behaviour of the physician involved.

The Opposition NDP's deputy leader and former health minister, Sarah Hoffman, said she hadn't been told about the racism at the time.

"I am shocked and disgusted to learn of the violent, racist incident that occurred at the Grande Prairie Hospital in 2016," she said in a statement earlier Friday.

"If I had been informed, I would have taken swift action and that doctor would have been fired immediately.

"My record on confronting racism is clear. In 2017, when two AHS employees used a racial slur against an Indigenous woman, we moved swiftly to dismiss them."

Hoffman added she's concerned that Shandro has known about the incident for nearly a year but has not raised it publicly or acted until now.

Shandro said in his statement that the initial investigation may have been limited by medical staff bylaws that govern how AHS responds to complaints and disciplines staff.

"These bylaws have not been updated in more than a decade," he said. "Consequently, I have issued a directive requiring AHS to revise their bylaws within 60 days."

Officials with AHS said they are expediting the bylaw review and will co-operate with the third-party reviewer who's looking into the workplace culture at the hospital.

Shandro said he would introduce legislation next week that would increase the number of public representatives on college councils, hearing tribunals and complaint review committees, which would increase the public's oversight of health professions.

"These initial steps are only the beginning," he said. "The review, which will be made public, will undoubtedly bring further required changes to our attention.

"If our system failed, we will fix it."

This report by The Canadian Press was first published on July 3, 2020