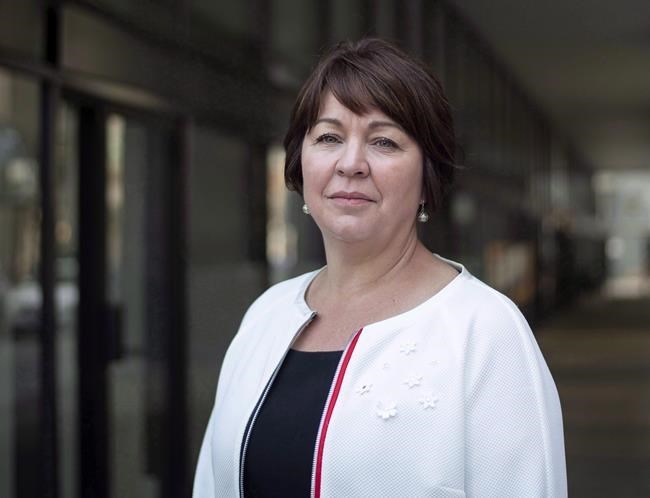 OTTAWA — The federal lobbying commissioner says government agencies and officials faced a record barrage of pitches in the last year from groups trying to shape the country's pandemic response.

Tuesday's report from commissioner Nancy Belanger said there were records set for the number of groups lobbying the government, which increased by 6.1 per cent year-over-year, faster than the rate two years earlier before an election-related dip in 2019.

There was similarly a record number of lobbyists representing them: 8,005.

The report said federal economic policy topped the list of most lobbied subjects for the first time since the commissioner's office began tracking in mid-2008.

Coming in second place was health-related issues, which had prior to COVID-19 been a top lobbying subject.

In an interview, Belanger said she didn't expect the pace of lobbying to ease, or change much in the top issues, as the country looks to emerge from the COVID-19 pandemic.

"Economic development is going to be at the top of the list for a long time yet," she said.

"I don't see the numbers necessarily dipping very much. I think we will continue to see a lot of lobbying."

Belanger noted the COVID-19 pandemic had an effect on how and when lobbyists connected with government officials.

Many lobbyists eased off reaching out to officials early on in the pandemic in favour of what Belanger described in her report as a strategy of interjecting only when information might be crucial to play a key role in shaping programs being developed at lightning speed for a government.

Government relations professionals who were used to face-to-face meetings with parliamentarians and public servants had to adapt with restrictions and shifted to more video conferencing, Belanger said.

Virtual meetings made it easier to connect with policy-makers, Belanger said, suggesting the option may continue to be used post-pandemic.

"It's unprecedented times," she said. "I think everyone needed to adjust, and once they saw how they could approach (government) and that the door would be open, I think that's when it took off."

Her report noted how there was no let up in lobbying during the 2020-2021 fiscal year, as traditional dips in activity during the summer and around Christmas didn't materialize.

The volume of activity and how it is occurring means that the Lobbying Act needs an long-overdue update, Belanger said, noting it has been nine years since the legislation was reviewed.

Her office has provided parliamentarians with a suite of options to consider, including requiring anyone who communicates with decision-makers to register as lobbyists, as opposed to the current rules that provide a threshold for reporting activities.

Federal law requires organizations with in-house lobbyists to register with Belanger's office once at least one full-time employee spends at least one-fifth of their time lobbying government.

Belanger is also recommending a range of sanctions for offences, including monetary penalties or lobbying bans. Right now, the commissioner can either table a report of wrongdoing that can cause reputational damage, or send a file to the RCMP for review, something she did three times last fiscal year.

"I believe that those who are professional lobbyists are abiding by the rules in place, but the rules can be better, and transparency could be better," Belanger said.

"I'm hoping that there will be those discussions in the future to really amend the Lobbying Act because it is in need of improvement."