OTTAWA — Newly released documents show federal officials have been aware since the fall that some new parents might be receiving a smaller amount of money than they would have if not for a change in the way COVID-19 pandemic benefits are delivered to
Jan 27, 2021 1:00 AM By: Canadian Press 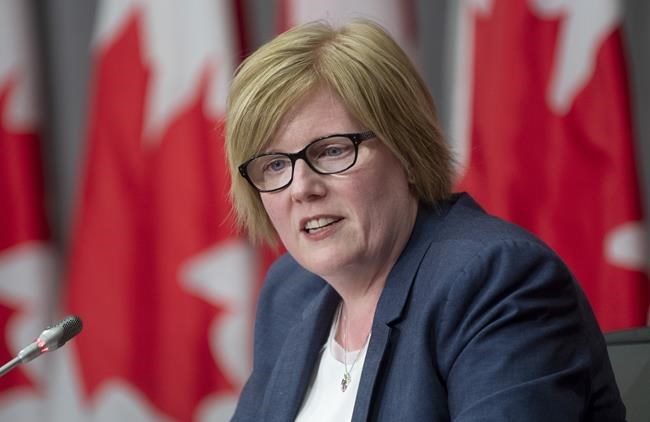 OTTAWA — Newly released documents show federal officials have been aware since the fall that some new parents might be receiving a smaller amount of money than they would have if not for a change in the way COVID-19 pandemic benefits are delivered to Canadians.

That is due to a shift in late September, when the employment insurance system kicked back into gear and three new benefits rolled out to replace the Canada Emergency Response Benefit that was supporting Canadians who had lost income since the spring.

On Sept. 27, eligible recipients started moving on to the decades-old EI system where the minimum weekly payment was set at $500 in line with the three "recovery" benefits.

Prior to that date, benefits were calculated based on earnings, meaning any new parent that started their EI claim before the change could receive less than $500 a week.

The documents obtained by The Canadian Press under the Access to Information Act note the policy created inequities, and point to a similar effect for parents who will start claims after Sept. 25 this year, when the temporary rules are set to expire.

Changes to the EI program can take anywhere between three and 18 months to come into force, and they generally take effect on a particular date.

Claims made before that date are often ineligible unless the change is simple and very specific to avoid what the document describes as the need to review claims that began "as much as 100 weeks in the past."

But the undated memo outlines multiple, rapid changes and revisions to parental benefit rules in the wake of the CERB. When partial or retroactive changes were made, more problems seem to have cropped up.

There were issues with how the system handled soon-to-be-mothers applying for emergency aid, which denied them CERB payments until changes to the system could be made and back payments processed.

As well, other new parents, or those waiting the birth of their child, were put directly on EI benefits if they had enough hours to qualify, while those that didn't were put on the CERB until the government came up with a fix.

That fix meant a one-time reduction in the number of hours needed to qualify for benefits to address concerns that some parents would lose out on benefits because they lost work hours through no fault of their own.

Before the COVID-19 pandemic, over 35 per cent of new mothers outside of Quebec, which has its own system, didn't qualify for federal benefits.

The pandemic has shone a light on the long-standing issue around the hours requirement, said Brock University's Andrea Doucet, an expert on parental-leave programs.

"This was made even worse as women lost jobs and reduced (their) hours," Doucet said.

"The reduction in insurable hours was presented as temporary, but will it lead to more inclusive policies that enable more parents to make claims?"

Kate Bezanson, an expert on family and labour market policy, said the document points a need for a rethink of the parental leave program, noting that leave policies work hand-in-hand with child care and employment efforts.

The Liberals have said they want to create a national child-care system, part of a plan to help more mothers enter the labour market.

"We want people to have babies, and take care of those babies happily, and also have jobs to return to and be able to do that seamlessly," said Bezanson, associate dean of social sciences at Brock University.

"This is one of those moments where if we're looking holistically and we're looking globally at our policy portfolios, let's put them together and get them to talk to each other and make the changes that have been long overdue."