REGINA — A mother who alleges the federal government and RCMP took a a "negligent" and "lackadaisical" approach to investigating missing and murdered Indigenous women will attend a hearing this week that will determine if her lawsuit moves forward, h
Sep 21, 2020 1:00 AM By: Canadian Press 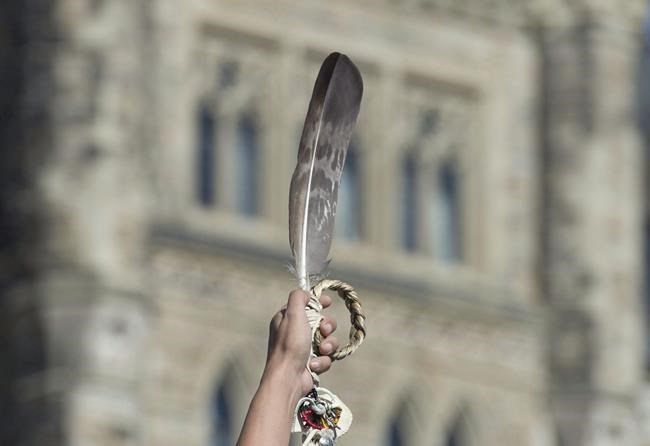 REGINA — A mother who alleges the federal government and RCMP took a a "negligent" and "lackadaisical" approach to investigating missing and murdered Indigenous women will attend a hearing this week that will determine if her lawsuit moves forward, her lawyer says.

Anthony Merchant says Diane BigEagle, whose daughter Danita Faith has been missing since 2007, will be there for the Federal Court certification hearing in Regina for the proposed class-action lawsuit by families of missing and murdered Indigenous women.

Merchant says families of other murdered or missing Indigenous women will be there, too.

"We know the wrongs, we had the murdered and missing inquiry had a whole series of recommendations. The government said they were going to follow the recommendations but nothing has happened," Merchant said on Sunday.

The suit, which was launched in 2018, alleges systemic negligence on the part of the RCMP in investigating cases of missing and murdered Indigenous women, and says family members have been forced to endure mental anguish because of the RCMP's failure to properly investigate and prosecute the disappearances.

Public Safety Minister Bill Blair said in an emailed statement that the government opposes certification of the lawsuit "for legal reasons that are specific to this case, as it is unprecedented in its breadth, is inconsistent with previous rulings surrounding private duty of care, and contains cases where the RCMP is not the police of jurisdiction."

"This decision in no way lessens the findings of the National Inquiry into Missing and Murdered Indigenous Women and Girls, nor our commitment to ending this national tragedy," Blair said.

The national inquiry delivered its final report in June 2019, concluding that decades of systemic racism and human rights violations played a role in the deaths and disappearances of hundreds of Indigenous women and girls.

RCMP Commissioner Brenda Lucki apologized to the affected families when she appeared before the inquiry in 2018.

BigEagle met with the RCMP more than 50 times about her daughter's disappearance, but investigators did not pay attention or take notes during the meetings, the documents in the lawsuit allege. When she first disappeared, police allegedly dismissed BigEagle's complaint, saying her daughter would probably come home.

"It's still concerning that so much time has gone by and nothing has happened," Merchant said.

Blair, while acknowledging more needs to be done to strengthen trust with Indigenous people, noted the government has taken steps such as eliminating gender discrimination in the Indian Act, enacting legislation to protect Indigenous languages, and investing in housing, shelters, and programs to end gender-based violence.

He added the RCMP is working to attract Indigenous applicants and is implementing new initiatives for missing persons investigations.

"We remain committed to honouring those who have been lost, helping their families find peace and ensuring that Indigenous Women, Girls and LGBTQ+ and Two Spirit people are safe where they live."