PORT ALBION, B.C. — Indigenous leaders are calling for an investigation into the conduct of Mounties on Vancouver Island after two members of a small First Nation were shot by police in the last three months.
May 12, 2021 11:45 AM By: Canadian Press 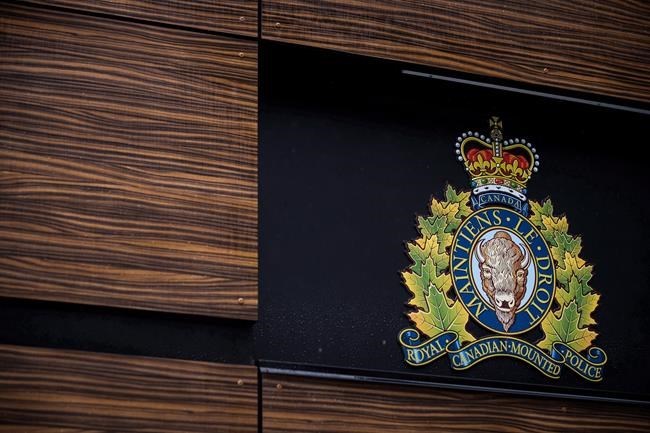 PORT ALBION, B.C. — Indigenous leaders are calling for an investigation into the conduct of Mounties on Vancouver Island after two members of a small First Nation were shot by police in the last three months.

A Tla-o-qui-aht woman was badly injured after being shot multiple times Saturday when police responded to a report of a disturbance at a home in the community of Port Albion, located on the west coast of Vancouver Island.

The shooting follows the death of Julian Jones, a 28-year-old Tla-o-qui-aht man, who was shot and killed by RCMP officers on Meares Island in late February.

Judy Wilson, the secretary-treasurer of the Union of B.C. Indian Chiefs, said the conduct of the RCMP detachments in the communities of Tofino and Ucluelet needs to be investigated in the wake of the most recent shooting.

"This tragedy, this trauma, it will stay with the family and the children for generations to come," she said.

She said the victim is a mother of two and suffered gunshot injuries to her spine, leaving questions about her future quality of life.

"There should be a review. How are they handling these calls to the community?" Wilson said.

The Tla-o-qui-aht First Nation is a member of the Nuu-chah-nulth tribal council.

Tribal council president Judith Sayers said her members have been left with a lot of questions and few answers from police.

"Can you imagine having had your daughter, or your brother, or someone you know shot and you don't know why? You don't know what the circumstances were until an investigation is complete," she said.

"There's got to be more details provided and I'm sure that can be done without impugning the investigation."

Sayers said police forces across Canada need to re-evaluate their use-of-force protocols and training, particularly when it comes to working with Indigenous or other communities they may have little experience with.

Officers may feel alone or unwelcome in a community where they don't know many, or any, people and police training needs to work with Indigenous groups to help officers understand and respect the community they're entering, Sayers added.

The president of the Ucluelet First Nation said in a statement Tuesday that the victim was the subject of a stay-away order and there had been community concerns about her and the man she was with.

The statement from Charles McCarthy said there was an altercation between a Ucluelet man and the woman and RCMP were called on Saturday night.

“When police arrived on scene, the female was in possession of what was visually a weapon. RCMP opened fire, wounding the female,” McCarthy said. “The weapon has been officially reported by the (IIO) Independent Investigations Office of B.C. as a replica gun.”

The office is B.C.'s police watchdog and investigates all officer-related incidents that result in serious harm. It is investigating both police shootings.

McCarthy said the nation has questions about the actions of RCMP when it comes to their duties involving Indigenous Peoples and other visible minorities.

Deputy Commissioner Jennifer Strachan, the commanding officer for British Columbia RCMP, said in a statement that the force recognizes the concerns being raised.

"We understand the importance of knowing more, but need to allow for the investigations to proceed. The incidents referenced were tragic and difficult for all involved, including the police officers who attended. They do not represent our years of work in the community," she said.

Strachan said the force is hoping for the victim to make a full recovery and that the IIO investigation is able to shed light on what happened.

For the first time in its history, the Independent Investigations Office allowed an Indigenous community member to act as a civilian monitor in its investigation into the death of Jones.

The monitor is able to look at any aspect of the investigation, interview investigators and submit a report at the end on its competency and outcome.

Ron MacDonald, the chief civilian director of the investigations office, said in an interview that it is looking to have a similar position made available for this investigation.

"We want to do as effective an investigation as we can and we also want to do it in such a way that engenders as much trust in the community as we're able to do," he said.

MacDonald said the watchdog is looking at developing a community liaison to help with its work with Indigenous groups.

— By Nick Wells in Vancouver

This report by The Canadian Press was first published May 12, 2021.