Infrastructure in Nunavut far behind that in most of Canada: report

IQALUIT, Nunavut — Health care, housing and internet access for Inuit in Nunavut all lag far behind what a majority of Canadians expect for themselves, says a new report. The 300-page document was commissioned by Nunavut Tunngavik Inc.
Oct 21, 2020 2:09 PM By: Canadian Press 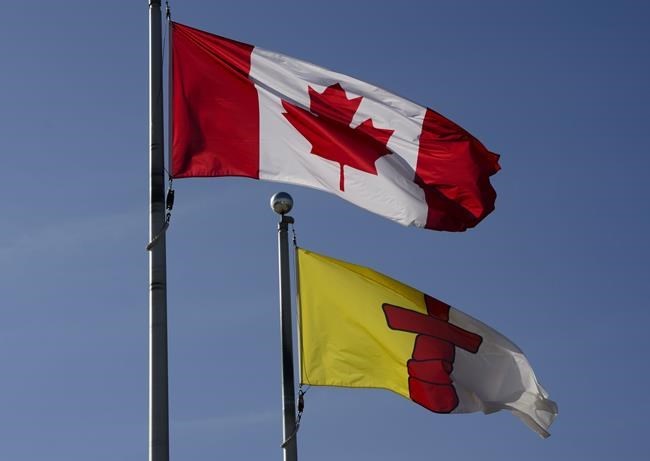 IQALUIT, Nunavut — Health care, housing and internet access for Inuit in Nunavut all lag far behind what a majority of Canadians expect for themselves, says a new report.

The 300-page document was commissioned by Nunavut Tunngavik Inc., the land-claim organization that represents Inuit in the territory, to measure the difference in infrastructure between Nunavut and the rest of Canada.

"The infrastructure gap directly contributes to poverty and lowers the quality of life for Nunavut Inuit. It is felt in food insecurity, overcrowded housing and limited economic opportunity," the report says.

Just over 40 per cent of Nunavut's homes require major repairs compared with a seven per cent Canadian average, the report notes.

And Nunavut is the only province or territory without residential access to broadband delivered by fibre cable. That also means it has the slowest download speeds in the country.

The gap will continue to get worse unless major investments are made, the report says.

Aluki Kotierk, Nunavut Tunngavik's president, says Nunavut's infrastructure deficit has frequently been discussed at local and federal levels, but what that gap looks like has not always been clear.

"Infrastructure is something that is consistently raised when we have meetings with federal ministers ... But how do we move this forward rather than continue to always talk about how there’s an infrastructure gap in Nunavut?" Kotierk told The Canadian Press in an interview.

The report, which was completed done between July 2019 and last June, analyzes existing data and includes 21 interviews with policy-makers and stakeholders.

It identifies 18 priority areas and uses 55 indicators to compare Nunavut's infrastructure to the rest of Canada's.

Kotierk says the report not only shows the gaps between what Inuit "grow up with" and "what other Canadians expect and take for granted," but also provides information to public policy officials "to see where the gap is rather than having it as a theoretical reference."

She hopes it will support Nunavummiut to advocate for what they need at all levels of government.

"Growing up in our communities, if you’ve never lived anywhere else ... what you grow up with you think is normal. It’s only when you start understanding that others have it better that you realize we are we not afforded the same kind of standards and expectations that other Canadians can enjoy.”

Kotierk says the report will help Nunavut's federal and territorial partners develop a new collective understanding of the infrastructure Nunavut needs to meet the expectations of Inuit.

"We wanted it to be clear that we are not asking for anything above or beyond what other Canadians enjoy. All we are merely expecting is to get to the same level playing field as other Canadians.”

This report by The Canadian Press was first published Oct. 21, 2020.

Worldwide virtual prayer rally to be held for 'Canada's rabbi' after cancer diagnosis
Jan 17, 2021 4:05 AM