Lawyer for accused in ammo transfer to N.S. shooter criticizes lack of disclosure

HALIFAX — A lawyer for one of three people who allegedly supplied ammunition to the gunman who murdered 22 people in Nova Scotia criticized a lack of Crown disclosure as the case started Wednesday.
Jan 27, 2021 12:57 PM By: Canadian Press 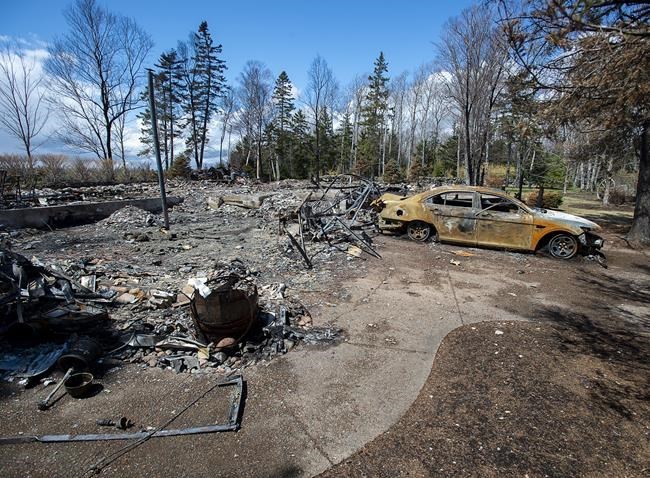 HALIFAX — A lawyer for one of three people who allegedly supplied ammunition to the gunman who murdered 22 people in Nova Scotia criticized a lack of Crown disclosure as the case started Wednesday.

Police have laid the same charges against 64-year-old James Blair Banfield and 60-year-old Brian Brewster for offences alleged to have occurred in the month before the April 18-19 killings.

During a brief date-setting appearance Wednesday in Dartmouth provincial court, Brewster's lawyer, Tom Singleton, told the judge he's dissatisfied with the disclosure of evidence and expressed skepticism about whether the RCMP had respected the rights of his client.

"I'm hoping I will get a copy of the (search) warrant police say they have to obtain Mr. Brewster's telephone. It was not provided to him," he said during the proceedings.

"They (police) got his phone for four days, and took who knows what off of it," Singleton said to Judge Jean Whalen. The judge asked him to take the matter up with the Crown.

During a telephone interview outside of court on Wednesday afternoon, Singleton said he has deep concerns about the case, adding that his client, the brother-in-law of Lisa Banfield, is a "hard working, ordinary person" who had believed when he gave statements that police weren't contemplating charges against him.

"This is one of the things that makes me extremely angry about the way this has proceeded … Had he talked to a lawyer, he wouldn't have been talking to the police," Singleton said.

Crown attorney Shauna MacDonald told the judge she intended to proceed summarily, meaning the case would be held before a provincial court judge only and there would be no preliminary hearing.

In a summary process, the potential sentence is limited to a maximum fine of $5,000 or a term of imprisonment of no more than two years less a day, or both.

When the charges were announced on Dec. 4, police said the three accused "had no prior knowledge" of the actions of the gunman, who was killed by an RCMP officer on April 19.

The arraignment on Wednesday occurred by teleconference, and a date of March 9 was set for the next court hearing in the three separate proceedings. All three lawyers waived the reading of charges and said they are going to delay entering a plea on behalf of their clients until further disclosure of evidence.

The RCMP has said that on the night of April 18, Lisa Banfield was handcuffed by the gunman, Gabriel Wortman, but managed to escape into nearby woods in Portapique, N.S. She emerged the next morning and told police at 6:30 a.m. that Wortman was driving a police replica vehicle.

Note to readers: This is a corrected story. A previous version said James Blair Banfield was 52.