Nunavut judges disagree on how to sentence offenders during pandemic

IQALUIT — Three Nunavut judges, including the territory's chief justice, are at odds over whether harsher prison conditions caused by the COVID-19 pandemic should be considered in sentencing. One of them wants Ottawa to weigh in.
Nov 30, 2020 9:40 AM By: Canadian Press 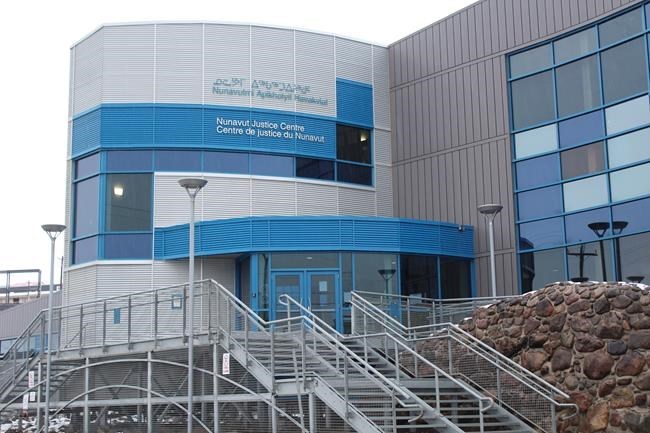 IQALUIT — Three Nunavut judges, including the territory's chief justice, are at odds over whether harsher prison conditions caused by the COVID-19 pandemic should be considered in sentencing.

One of them wants Ottawa to weigh in.

"Parliament’s inaction on the pandemic sentencing issue has led to judges stepping into the void," Justice Paul Bychok wrote in the Nov. 17 sentencing of Karpik Kolola, a man convicted of sexual assault.

"Three Nunavut judges have now published three different opinions on this subject. This situation does nothing to provide certainty and consistency to the law."

Bychok rejected a request from Kolola's defence lawyer to consider the effects of the pandemic in sentencing. She had argued that her client would experience custody "more harshly than it would have been had he been sentenced in a pre-pandemic world."

When the pandemic started, Nunavut's territorial jails suspended all outside visits and were closed to the public. All new inmates had to complete 14-days of isolation when starting their sentences. The measures were lifted in June, but were reinstated Nov. 18 when increasing COVID-19 cases prompted a shutdown.

As of Friday, there were no cases in Nunavut's jails But offenders sentenced to more than two years are sent to a federal prison outside the territory. The Correctional Service of Canada has said 476 federal inmates in the country have tested positive for COVID-19 and two have died.

Bychok argued that without direction from Ottawa, judges don't have any way to consider COVID-19 in sentencing.

"Parliament bears the responsibility to alter the law pertaining to pandemic-era sentencing if it deems it advisable and necessary. Nine months into the pandemic, Parliament has chosen not to do so," Bychok wrote.

In a statement, the office of federal Justice Minister David Lametti said it has been working with provincial and territorial counterparts to address concerns.

"While we have not received requests for legislative clarity with respect to COVID-19 and sentencing at this time, we will continue to work with all partners in the justice system to address emerging concerns and challenges, and ensure that our justice system can continue to function and serve Canadians during these unprecedented times," it said.

Bychok's decision followed a September ruling from Chief Justice Neil Sharkey in the case of Gordon Pangon, which said that while the pandemic should be taken into account in determining a fit sentence, it should not automatically reduce it.

Sharkey ruled that people in custody waiting for a court appearance during the pandemic should not receive additional credit, because the Criminal Code doesn’t allow it.

The chief justice did urge judges in Nunavut to take COVID-19 into account when fixing a sentence. "This is not just the decent and humane thing to do, it also speaks to public health concerns — one less person in remand translated to less risk to the community."

In August, Justice Susan Charlesworth took 60 days off Robert Campbell's sentence for assault and drug-related offences because of pandemic conditions in the Baffin Correctional Centre, a medium-security jail in Iqaluit.

Other courts across the country are also grappling with sentencing during the pandemic.

A Superior Court of Ontario decision from Justice Renee Pomerance in April ruled that COVID-19 and "the increased risk of infection faced by inmates in Canadian jails" should be considered when sentencing.

"COVID-19 is not a mitigating factor in the classic sense. However, it adversely affects conditions of imprisonment, and increases health risks for those in jail. On that basis, it is an important part of the sentencing equation," Pomerance wrote.

Lisa Silver, a law professor at the University of Calgary, said it's a judge's job — not Parliament's — to consider factors such as COVID-19.

Judges have the power to factor in "extraordinary circumstances," Silver said.

"On one hand, (judges) have the circumstances of the case and the seriousness of that case and the culpability of an offender as it relates to what they did. But they also have to consider, who is this person before me in the court and what effect will this sentence have on them?

Joao Velloso, a law professor at the University of Ottawa, said the answer is in Section 718.2 of the Criminal Code that deals with sentencing: "An offender should not be deprived of liberty, if less restrictive sanctions may be appropriate in the circumstances."

"I think it’s quite explicit, not only due to COVID, but it’s something that’s quite usual to see in sentencing," Velloso said.

He also disagreed with Bychok that Parliament should provide direction over pandemic sentencing.

“There is no void. Judges, in theory, should take into consideration the alternatives to incarceration, especially considering the circumstances."

This report by The Canadian Press was first published Nov. 29, 2020.