OTTAWA — The federal government says it has extended tight rules barring most foreign travellers from entering Canada until the end of July as part of efforts to slow the spread of COVID-19.
Jun 30, 2020 12:33 PM By: Canadian Press 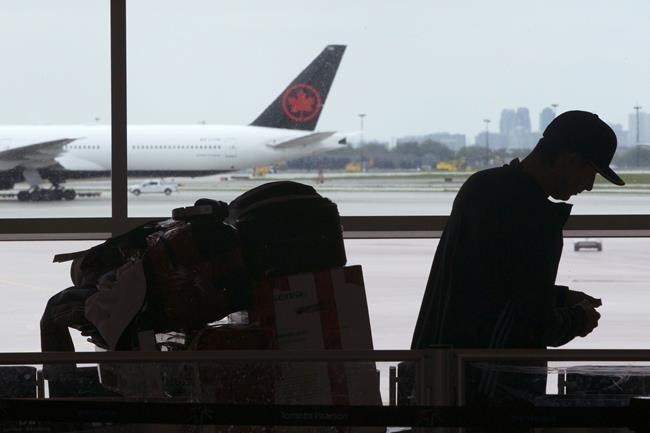 OTTAWA — The federal government says it has extended tight rules barring most foreign travellers from entering Canada until the end of July as part of efforts to slow the spread of COVID-19.

The restrictions covering people seeking to enter Canada from countries other than the United States were set to expire at midnight Tuesday, the end of June.

The rule was imposed by an order of the federal cabinet in March.

"I can confirm the order has been extended," said Rebecca Purdy, a spokesperson for the Canada Border Services Agency.

"All travel of an optional or discretionary nature, including tourism or recreation, is covered by these measures."

Entry from the United States is covered by a separate order that's currently in effect until July 21 after having been extended three times. The border agency pointedly reminded people Tuesday that the restrictions on travel into Canada from the United States remain even on Canada Day and U.S. Independence Day on July 4.

The exceptions to the order barring people entering from non-U.S. countries include immediate family of Canadian citizens or permanent residents, as well as to cover cases such as flight crews.

The extension of the order comes at the same time as the European Union's council recommended its members lift entry restrictions on residents of a number of non-EU countries, including Canada.

That recommendation isn't binding on member states. The EU says it's based on the current COVID-19 situation in those countries and the measures each is taking to keep the novel coronavirus contained. The United States, where cases of the illness have been rising again, is not on the list.

This report by The Canadian Press was first published June 30, 2020.

Photos surface of Andrew Scheer failing to wear mask while travelling
Jul 7, 2020 5:01 PM
Comments
We welcome your feedback and encourage you to share your thoughts. We ask that you be respectful of others and their points of view, refrain from personal attacks and stay on topic. To learn about our commenting policies and how we moderate, please read our Community Guidelines.