OTTAWA — Key government decisions during the COVID-19 pandemic might be lost to history because of a sudden shift to new technologies and long-standing poor record-keeping practices, the federal information watchdog warns.
Jun 15, 2021 2:25 PM By: Canadian Press 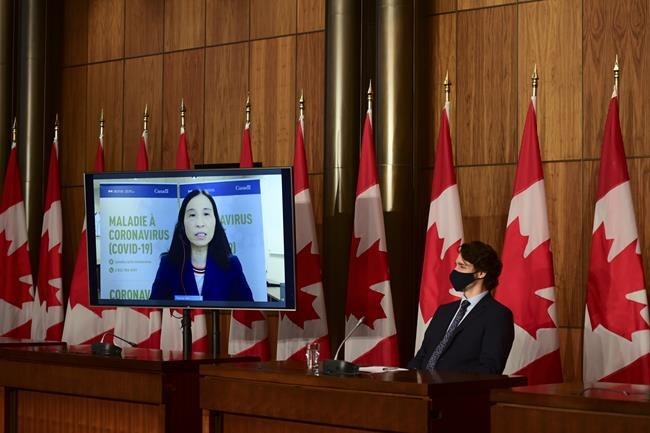 OTTAWA — Key government decisions during the COVID-19 pandemic might be lost to history because of a sudden shift to new technologies and long-standing poor record-keeping practices, the federal information watchdog warns.

Decisions may not be properly recorded when using these methods, raising questions as to how information is being managed, stored, shared with others and disclosed to Canadians, she said.

The failure to adopt proper information management practices may have resulted "in some records that are of public interest never having been created in the first place," while documents not being sorted or organized properly may have led to a lack of relevant records, Maynard said.

"I believe that it is only by being fully transparent, and respecting good information management practices and the right of access, that the government can build an open and complete public record of decisions and actions taken during this extraordinary period in our history — one that will inform future public policy decisions."

The commissioner is an ombudsman for people who make requests under the Access to Information Act, the key federal transparency law.

It allows users who pay $5 to ask for files ranging from briefing memos and expense reports to internal studies and emails.

However, the law introduced in 1983 has been widely criticized as outdated and poorly managed, prompting public complaints about prolonged delays and blacked-out pages in documents.

Maynard said the fact that government employees spent the year working from home on a large scale, with limited access to physical files, curtailed much of the gathering of requested documents and, by extension, the ability of access to information teams to process requests and respond to complaints.

In the course of investigating complaints, Maynard noticed vulnerabilities of Canada's access regime, some a direct result of the pandemic and others that have simply been worsened by COVID-19. They include:

— Lack of response from program areas within institutions responsible for responding to access requests from the public;

— deficiencies in the software and processes for processing requests; and

The over-classification of documents created issues in certain institutions, resulting in documents being housed on secure servers and beyond the reach of employees working remotely, Maynard said.

"While there has been a slow improvement in the last year, there are still institutions where the network cannot manage the quantity of documents to be processed, forcing employees to work evenings, nights or weekends."

While it is true that some agencies were deeply involved in the government’s response to the COVID-19 crisis and were required to balance their additional responsibilities with responding to access requests, this lack of responsiveness may also stem from complacency, Maynard said.

"This culture of complacency is characterized by the view that responding to access requests is a distraction from employees’ day jobs, rather than what it actually is: a core part of their responsibility as public servants — to facilitate transparency in government operations."

Maynard said in an interview Tuesday she had spoken to more than a dozen federal ministers about the access system's difficulties.

"They all say they understand, they all believe in open transparency and they're all wanting to know what they can do better," Maynard said.

"But now we're just waiting to see, is this going to be translating into actions? And are they really going to be investing in those units? Or are they going to provide more information in a voluntary basis instead of having to wait for access requests, given that the system is overwhelmed?"