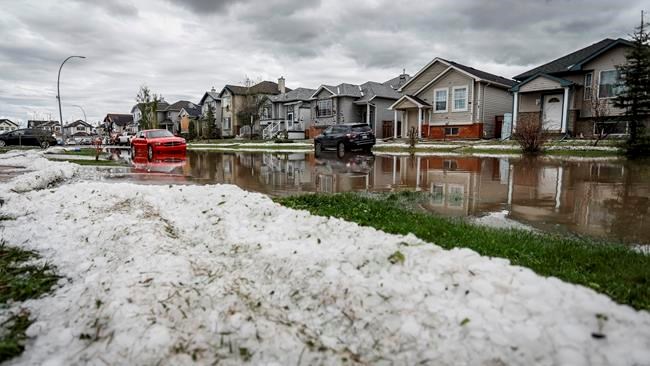 The Insurance Bureau of Canada says the hail, rain and wind that hit Calgary, Airdrie and Rocky View County on June 13 were part of the costliest hailstorm and the fourth most expensive insured natural disaster in Canadian history.

Celyeste Power, a vice-president with the bureau, says insurers are still processing claims.

The bureau says damage caused by hail and wind is typically covered by home, commercial and comprehensive auto insurance policies.

It notes that the Alberta government is offering some support for people who experienced overland flooding in flood-prone areas.

"Albertans know too well the stress, turmoil and financial hardships that severe weather events can cause," she said Wednesday in a release.

"Of the 10 most costly disasters in Canada, six of these have hit Alberta. Fortunately, Albertans are resilient and continue to come together in difficult times like these."

The most expensive insured natural catastrophe on record is the 2016 Fort McMurray wildfire, which cost almost $4 billion.

The next highest loss was the 2013 flooding in southern Alberta at $3.5 billion.

This report by The Canadian Press was first published July 8, 2020