CALGARY — The president of a union representing employees at some of the largest meat-packing plants in the country says there needs to be a discussion about making the COVID-19 vaccine more readily available to essential workers.
Jan 27, 2021 7:47 AM By: Canadian Press 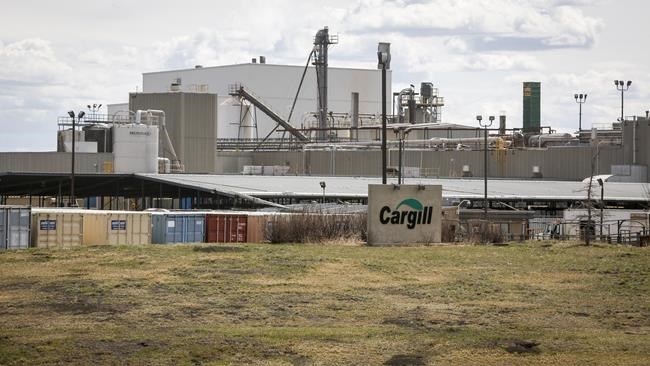 CALGARY — The president of a union representing employees at some of the largest meat-packing plants in the country says there needs to be a discussion about making the COVID-19 vaccine more readily available to essential workers.

Thomas Hesse of United Food and Commercial Workers Local 401 says he realizes there's a shortage of the vaccine right now. But once that is remedied, he says, workers at large operations such as the Cargill meat-packing plant in High River, Alta., and the JBS Canada plant in Brooks, Alta., shouldn't have to wait too long.

"In the coming months at some point someone's going to make a decision about who gets the vaccination. Will there be a priority? Will there be any prioritization of any so-called essential workers?" he asked in an interview with The Canadian Press.

The two plants, which together normally process about 70 per cent of Canada's beef supply, were hot spots for COVID-19 outbreaks last spring.

Cargill's plant, south of Calgary, shut down for two weeks in April because of an outbreak that initially affected 350 of its 2,200 workers. Eventually nearly half the workers contracted the novel coronavirus and two employees died.

COVID-19 forced JBS to reduce its production to a single shift a day for a month, which added to a backlog of cattle at feedlots. The plants brought in safety measures that included temperature testing, physical distancing, and cleaning and sanitizing before they returned to normal operations.

"In a Cargill or a JBS or other manufacturing facility in Alberta, there'll be a couple of thousand workers in a big box still working in relative proximity," he said.

"These are essential workers. They're at higher risk. This is clearly an occupational disease. Many of them want to have access to a safe vaccine."

Hesse said the union plans to hold a town-hall meeting Sunday to hear members views and what to do if getting a vaccination becomes a condition of employment.

"We will prioritize our front-line workers whenever we can, as they continue to work tirelessly to keep our food system going strong," said Daniel Sullivan in an email.

"Because we know vaccines don't work without vaccinations, we also will join local health authorities in promoting the importance of vaccination among our employees."

JBS USA said it will offer all its employees a $100 bonus, including those in Brooks, if they get vaccinated in the future.

"Our goal is to remove any barriers to vaccination and incentivize our team members to protect themselves, their families and their co-workers," said CEO Andre Nogueira.

This report by The Canadian Press was first published Jan. 27, 2021