Fatigue a formidable foe as Whitecaps battle for playoff position

In the midst of an unusual season punctuated by a gruelling schedule, the Vancouver Whitecaps are taking on yet another challenge this week — game day travel.
Sep 22, 2020 1:13 PM By: Canadian Press 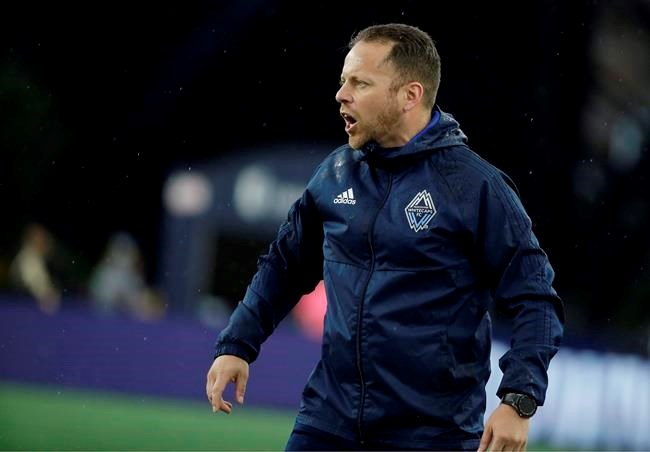 In the midst of an unusual season punctuated by a gruelling schedule, the Vancouver Whitecaps are taking on yet another challenge this week — game day travel.

Usually the team would fly into California a few days ahead of Wednesday's match up with Los Angeles FC. But due to COVID-19 concerns, teams across Major League Soccer have been opting instead to stay home — or in the case of Canadian clubs, at their temporary U.S. homes — as late as possible to minimize exposure.

"The strain before kickoff is already too high for me," coach Marc Dos Santos told reporters this week.

"Should you play professional games of any sport like that? No. But is it an opportunity and a learning experience to show how strong you can be mentally? Yes, a huge one."

The Whitecaps head to California in good standing, having won three of their last four games, and currently sit above the playoff bar.

Still, the 'Caps and LAFC are tied for points, with Vancouver sitting just two spots above the Black and Gold in the Western Conference standings based on wins.

In order to stay in the post-season race, the Whitecaps need to battle the fatigue that comes with playing a packed schedule.

"Three games in one week is difficult for any team in the world, especially when you play against a big team," said 'Caps left back Ali Adnan.

"We have so many games right now and we have to take care of the body. Because if you're going to play the 90 minutes and you don't rest well, you're going to feel it so much in the game."

Getting players to take care of themselves hasn't been an issue for Dos Santos.

"We have a group of players that's extremely professional," he said. "We don't have to tell them to go for naps. They actually love to nap."

The club's trainers also ensure players have everything they need to recover properly between games, he added, including proper nutrition, massage therapy and appropriate training sessions.

It isn't only the 'Caps who are feeling the grind of an unusual season, Dos Santos said. Fatigue is an issue throughout the league.

"It's hard for me to think that the teams are playing at their full physical and mental capacity," he said. "Because right now, playing every three days, such a condensed schedule, with the type of travelling in and out, for sure it affects fatigue, it affects fitness levels, concentration levels in some moments. And that is something that is a new experience for all of us."

But the journey to the playoffs isn't getting any easier. The MLS released its schedule for the rest of the year Tuesday, confirming speculation that the 'Caps will not play another game in Vancouver this season.

Instead, the club will keep its "home base" in Portland, living in a hotel, training at the University of Portland and hosting six games at Providence Park.

Dos Santos has previously referred to the first of those games as a "fictitious home game" because Vancouver will play the Portland Timbers, who have called Providence Park home since 2011.

Vancouver has five more road games this year, starting with Wednesday's match against LAFC. The team will also visit the Sounders on Oct. 3, the Earthquakes on Oct. 7, the Galaxy on Oct. 18 and the Timbers on Nov. 1.

BIG SHOOTER: LAFC's Diego Rossi leads the league in both goals (10) and shots on goal (25).

FOND MEMORIES: Dos Santos was an assistant coach in LAFC's inaugural MLS season. His first win as head coach of the Whitecaps was a 1-0 victory against his former club on April 17, 2019.

AP source: Antonio Brown agrees to 1-year deal with Bucs
Oct 24, 2020 12:09 PM
Canada's Dabrowski and partner advance after walkover in semifinal of Ostrava Open
Oct 24, 2020 11:48 AM
Tyson Fury says he'll fight in London in December
Oct 24, 2020 11:03 AM
Comments
We welcome your feedback and encourage you to share your thoughts. We ask that you be respectful of others and their points of view, refrain from personal attacks and stay on topic. To learn about our commenting policies and how we moderate, please read our Community Guidelines.