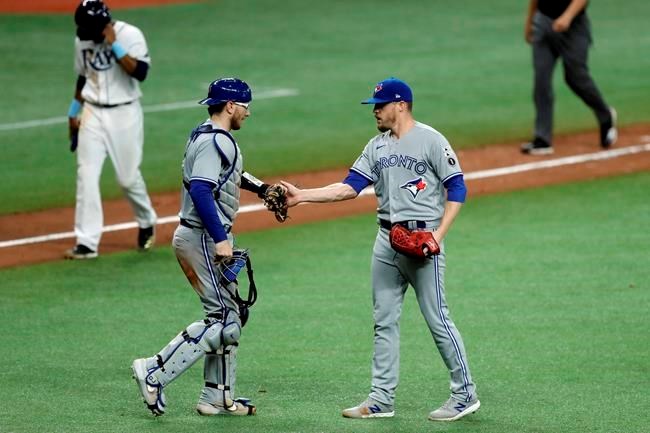 Toronto Blue Jays closer Ken Giles will undergo Tommy John surgery to repair a right elbow injury that forced him to miss almost all of the 2020 season.

"He was a great clubhouse leader, he was awesome, I love the guy," Montoyo said on a conference call. "When he was on the mound, when he was healthy, he was one of the best relievers in baseball.

"In the clubhouse, he was great with everybody. A great teammate. I don't think people realize that about him."

Giles had a dominant 2019 season but was limited to just four appearances this year. He made two one-inning appearances last week before shutting things down again.

It usually takes at least a year to recover from Tommy John surgery. Giles, who's slated to become a free agent after this season, would likely be aiming for a return in 2022.

Giles led the major leagues in save percentage (95.8) in 2019 after converting all but one of 24 opportunities.

The 30-year-old native of Albuquerque, N.M., made his big-league debut with the Philadelphia Phillies in 2014. He joined Houston in 2016 and was traded to the Blue Jays in July 2018 in a four-player deal that included closer Roberto Osuna.

The Blue Jays, who were not expecting Giles after he went on the IL a second time, have used a closer-by-committee approach for most of the campaign. Anthony Bass and Rafael Dolis have been the team's primary options in the ninth inning.

Toronto had a 27-26 record entering the opener of a four-game series against the visiting New York Yankees on Monday night.

The regular season will continue through Sunday and the post-season is set to begin Sept. 29. The Blue Jays, who currently hold the eighth and final seed in the American League, are a virtual lock to make the post-season.