A Summer guide to mountain-town manners

About once a year, the perpetual bee in my bonnet' starts buzzing. It's usually around this time—peak touron season—which, oddly enough, coincides with peak local moron season.
Aug 1, 2018 6:00 PM By: Leslie Anthony 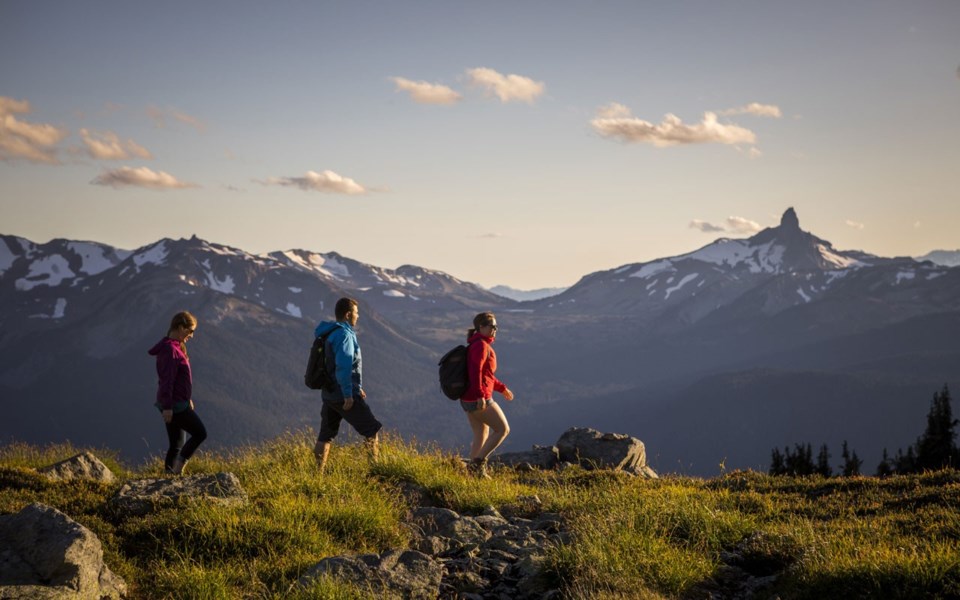 manners matter Whether you are on the dog beach or on the trails, use outdoor etiquette so everyone can enjoy their adventure. PHoto courtesy of Tourism Whistler

About once a year, the perpetual bee in my bonnet' starts buzzing. It's usually around this time—peak touron season—which, oddly enough, coincides with peak local moron season. Generally, I find myself voicing things that drive many of us to distraction but which most don't speak up about, either because they're too nice, or they don't have a convenient soapbox. I'm not that nice, and I have a good soapbox, so I like to help everyone out. This year is no exception.

The idea of living in a tourist town is to: a) be welcoming, while b) protecting local and personal interests and space. The idea of visiting a tourist town is to enjoy yourself while being respectful and helpful viz local sensibilities. Whether you want to believe it or not, both visitors and citizens mostly come here for the same reasons, and each of our experiences is defined by the other. In that spirit—and drawing and distilling from years past—I offer a guide to the getting-along that we need to do during this busy season. One which is built on mutual respect, sharing and—brace yourself—consideration of others at all times. Remember: rules and conventions don't exist to impede your fun or actions; rather, they exist so that your fun and actions don't impact others.

It's no Emily Post manifest, but this simple mountain-town manners manifesto will help all of us survive the summer.

• crowd small docks and lakeside spaces with large foldout chairs or inflatables that inhibit others from sharing a limited space, because they know that's not friendly.

• sit in groups at the end of a dock blocking jump-in and climb-out areas that swimmers use.

• feed wildlife like ducks, which quickly teaches fowl to hang around people, increases their reproductive capacity (bad), and generally contributes to a spike in swimmer's itch (yes, that's what that rash is).

• let their dogs run off-leash in leash-only areas because they know that even a good dog can scare a child, destroy wildlife habitat, or eat someone's ice cream; they also know there are plenty of lakeside off-leash areas for dogs that we spend a ton of money on—just for them.

• litter, ever; they also pick up the litter of others as an example, and teach their kids to do as well under threat of disinheritance. It's the right thing to do.

• leave toilet paper next to trails or in the woods; they carry a plastic bag to pack it out or, when things are really messy, they bury it.

• leave bags of dog shit on trails or in the woods either because they: a) don't care, or b) meant to pick them up later.

• buy into the worst outdoor trend in a century: forsaking headphones to play their personal music from backpack speakers, disrespecting fellow trail users' desire for the sounds of nature—including silence.

• let their dogs run off-leash on the leash-only Valley Trail because they know that dogs are their own masters, enjoy their own unpredictability, and have no idea how to avoid a bicycle.

• drive their motorcycles up the road shoulder or in a bike lane to avoid a traffic jam, as they know this is illegal and that their licence plates can be texted to the cop shop in seconds.

• throw cigarette butts out the car window or from a lift on the mountain, particularly during extreme fire hazard periods, knowing that only the most irresponsible human on earth would do such a thing.

• ride bicycles on the village stroll, knowing that no matter how in control they may feel, crowds are unpredictable rivers of humanity swimming with children, old folks, those apt to make sudden, inexplicable moves, and people who don't know someone on a bicycle is coming.

• cruise parking lots at street speed, disobey one-way circulation signs, or cut-off people in the act of backing out (who, BTW, have the right of way).

• servers never spray cleaner onto empty tables next to diners who are eating; they spray into a cloth and use that to wipe the table. Makes sense, right?

• campers and hikers don't make fires whereever and whenever they please, knowing that it; a) encourages others who may be less fire-competent to do so in the same spot; b) is hazardous even when you are fire-competent; and c) is very likely illegal.

• visitors sleeping around town in their vans and campers where there are no bathroom facilities endeavour to keep their human waste from the environment.

• locals are welcoming and help lost people find things instead of honking at them or deriding their lack of knowledge.

• visitors and locals don't expose unknown or low-impact areas on social media such that the very character that makes them special is lost.

Letters to the Editor for the week of July 2
Jul 2, 2020 7:30 AM
Comments
We welcome your feedback and encourage you to share your thoughts. We ask that you be respectful of others and their points of view, refrain from personal attacks and stay on topic. To learn about our commenting policies and how we moderate, please read our Community Guidelines.