A taste of stateside

"Biking and beer. It's what we're known for in this town," says the server at Bellingham's Structures Brewing as he slides a taster of raspberry "Juice on Juice" double IPA—a house specialty—across the bar.
Aug 11, 2019 1:00 AM By: Vince Shuley 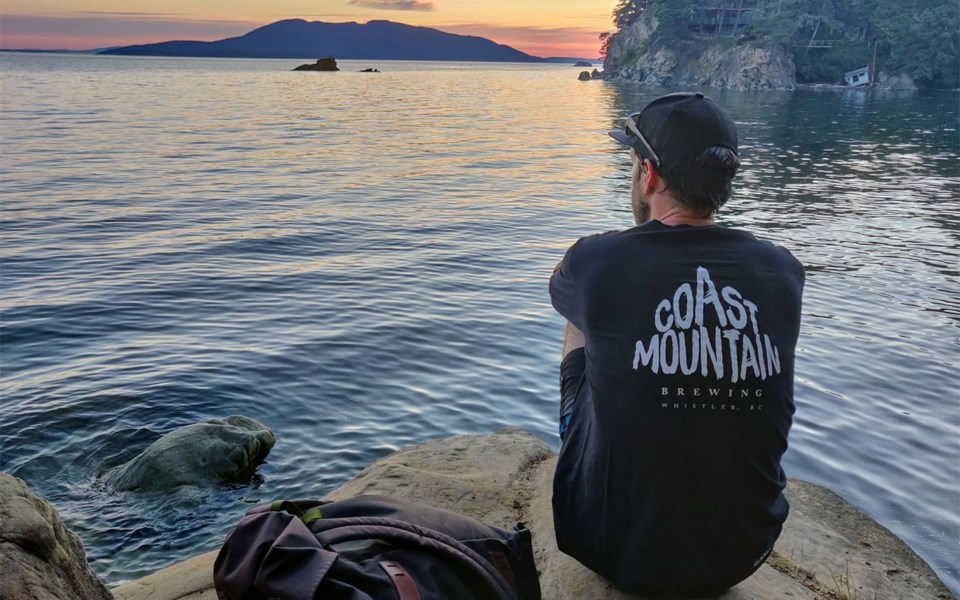 "Biking and beer. It's what we're known for in this town," says the server at Bellingham's Structures Brewing as he slides a taster of raspberry "Juice on Juice" double IPA—a house specialty—across the bar. The pink cloudy liquid is as delicious as it looks. I waste no time in ordering another 12 ounces.

Structures is one of 13 breweries in Bellingham and surrounding Whatcom County in northern Washington State. With a population of just over 90,000 people, the city has one of the highest concentrations of breweries per capita in the United States. My partner and I have already resigned ourselves to the fact that we probably won't be able to sample all 13 breweries in the space of a weekend, so we've been combing the locals' recommendations on which venues to prioritize. Structures—along with its needs-no-introduction raspberry double IPA—was one of them. After an hour of knocking back some of Bellingham's finest, admiring the hard rock-themed decor and a full growler firmly wedged in the backseat, our designated driver moves us on to the next brewery on the list.

We're also here for Bellingham's other major attraction—its trails. The local trail association was born out of a grassroots group of mountain bikers and diggers known as the Whatcom Independent Mountain Pedalers (WHIMPS) spearheaded by Jim "Sully" Sullivan in the mid-to-late 1980s. The goal—much like the origin story of most mountain bike trail associations—was to clear and maintain trails and counter burgeoning anti-mountain bike efforts happening in metro areas. Mountain biking rapidly grew in the following decades, as did Bellingham's population. WHIMPS became further involved in trail advocacy, forging cooperative agreements with both Bellingham and Whatcom County Parks. It was in 2002, when a large real estate development company bought Galbraith Mountain, that WHIMPs forged a groundbreaking maintenance and stewardship agreement, an agreement which stands today with a new landowner and the now federal non-profit organization WHIMPS Mountain Bike Coalition (WMBC).

Galbraith Mountain has the perfect contours to build trails of all levels, as evidenced by the webbed cluster of lines on the trail map. This area is the bread and butter of Bellingham's mountain bike scene; it's close to town, it's easily accessed from both the north and south ends and pretty much anyone can have fun here on a bike. Think of it as super-sized Lost Lake trails with jumps. We wanted to sample as much as we could in a day, so we started from the North Entrance, worked our way to the southern trails then looped back towards the car at the end of the ride.

The blue and green climbing trails are a welcome relief from the cardiac-inducing climbing trails of the Sea to Sky. You cover more distance at less gradient and there are plenty of opportunities to avoid the less-exciting FSR ascents. For the more exciting descents, we confirmed our reports that Bellingham riders are fans of speed and flow. Pretty much every descent trail on Galbraith features jumps, berms, wooden stunts and the occasional rock slab. Everything has been constructed with the advanced flow trail rider in mind, such as flagged pro-line level gap jump options—on a blue trail! As fun as they are, one of the pitfalls of these types of trails is that they require repetition to be enjoyed to their potential, which doesn't always work with a single-day sample by sojourning mountain bikers. Despite that, throughout the day we encounter locals, families, out-of-state road tripping bros and other travelling couples, all of whom seemed to be getting the most out of their day.

Before the final descent of the day, we strike up a conversation with a group of Bellingham locals at a rest point while enjoying a view of Mount Baker jutting above the North Cascades. We comment on the Galbraith trail style and mention we're used to the more steep and technical advanced trails up in B.C. They eagerly reply that they've got plenty of that, too, but you need to drive further west outside of the county lines. A lot of those trails are on the darker end of the grey scale of legitimacy, so there's no easy Trailforks navigation or signage. A local needs to show you those places and that local should have some sort of connection to the digger that built them. With more than enough entertaining mountain biking at our fingertips in Bellingham, we leave that stone unturned for this trip.

Over the remaining course of the weekend, we ride the popular shuttle trails in Chuckanut, enjoy daily sunsets on the beach by Larrabee State Park Campground and work our way responsibly through six other breweries. With the drive home to Whistler taking less than three hours (smooth border crossing permitting), Bellingham's beers and trails are closer than you think.

Vince Shuley has six other breweries in Bellingham he has yet to visit. For questions, comments or suggestions for The Outsider, email vince@vinceshuley.com or Instagram @whis_vince.