A recent non-partisan study out of the U.S. has shown that a carbon tax won't harm the economy—but climate change will. The Stanford Energy Modeling Forum project ( worldscientific.
Jul 25, 2018 6:00 PM By: Leslie Anthony 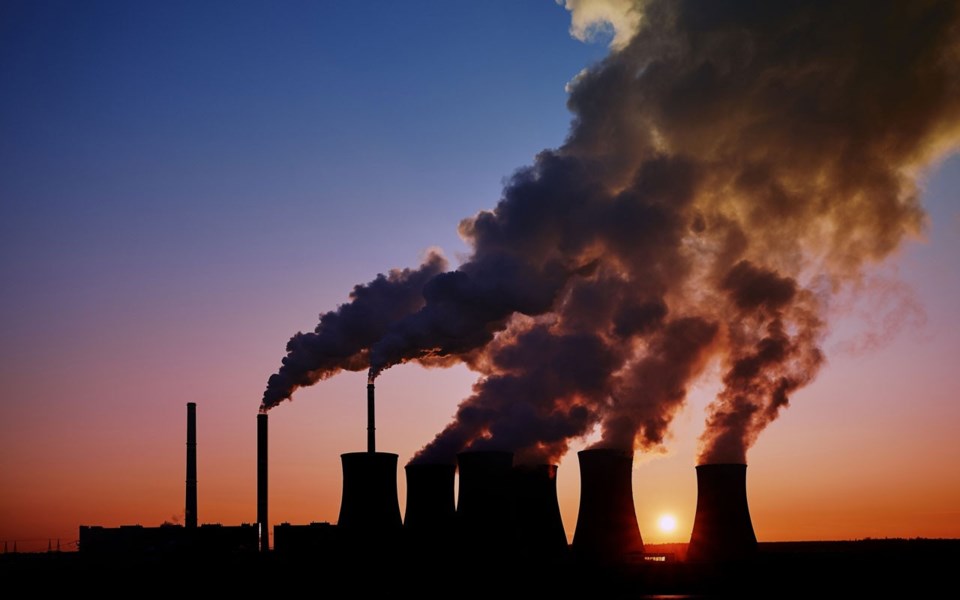 A recent non-partisan study out of the U.S. has shown that a carbon tax won't harm the economy—but climate change will.

The Stanford Energy Modeling Forum project (worldscientific.com/toc/cce/09/01) examined in detail the economic and environmental impact of an economy-wide carbon tax in the U.S. Each of 11 teams working different scenarios found that not only would a carbon tax lead to substantially fewer emissions, but could also see long-term positive economic growth. The scenarios examined different regions (some U.S., others foreign), emissions (carbon, nitrogen), energy types (nuclear, coal, hydro), and rates (US$20–$50/ton) under a tax beginning in 2020 and increasing in annual increments until 2050. All showed declines in energy consumption and minimal economic impact: even the highest tax rate was consistent with long-term positive economic growth near baseline rates—not even counting benefits of less climate disruption and air pollution. This is significant when measured against a projected US$35 billion annually that climate change will cost the U.S. by 2050.

Of course, we know this to be the case in B.C., where a carbon tax instituted in 2008 has lowered emissions, funded green transportation, and stimulated all sorts of economic growth.

According to Stewart Elgie, chair of the Smart Prosperity Institute and professor of law and economics at the University of Ottawa, "Not only has B.C. outperformed the rest of the country on lowering emissions, but its economy has almost doubled."

So if ringing endorsements are a starting point, how come so many Canadians are still afraid of a carbon tax, or consistently aver that it will kill jobs, unnecessarily burden consumers, and hurt the economy?

Economists agree that a tax is still the cheapest way to cut carbon emissions. Regulations, subsidies, and other carbon-pricing systems like cap-and-trade don't capture small users as well, or make individuals change their habits. On the other hand, a tax applied to all carbon-generating activity varies with carbon intensity, enough to be noticeable and, in doing so, impact consumption behaviour while not being overly burdensome to the economy. Basically, a carbon tax makes businesses (and each of us) examine their carbon footprint, and think about how to lower it. It's both reality check and incentive. To embrace it you have to: a) believe the scientific realities of climate change; b) understand their threat to economies; and c) accept that the only path forward for humanity is to put the carbon economy behind.

Those who find this reality hard to swallow comprise thick-skulled, science-denying, industry-first ideologues who believe the taste of dinosaur blood is good to the last drop, and soft-headed religious fundamentalists with foolish notions of man's dominion over the Earth when even the Pope has relinquished that kind of thinking. In other words, conservatives.

Alberta's United Conservative Leader and HarperCon leftover Jason Kenney has, unsurprisingly, promised to do away with any carbon tax if he's elected premier in 2019. Next door, Saskatchewan has filed a constitutional reference case over the federal carbon tax which Ontario's new Premier Doug Ford has joined, riding a poll that found 72 per cent of Ontarians believe a carbon tax is just a cash grab. Clearly, Ontarians aren't as smart as they think they are given the feds' repeated assertion that every cent collected would be returned to that same jurisdiction.

In the federal realm, Conservative Party leader Andrew Scheer accused Justin Trudeau of hiding the tax's true cost, while, in typical fashion, falsely inflating numbers to back himself up in a series of tweets. Fortunately, the mainstream media did some accounting and called Scheer out on his dishonest gambit.

Chirpy, indefatigable but vacuous Pierre Poilievre (former Conservative Minister of Employment and Social Development) insists that the carbon tax is hurting Canadian families—even before it has been implemented, and despite the B.C. experience. Of course, the ever-vapid Michelle Rempel (Conservative) weighed in as well, labelling the carbon tax "sexist" for reasons that are impossible to divine by a thinking human, meaning they only make sense to a conservative trying to score political points.

Not only are conservatives parroting a tired party line in tilting against a carbon tax, but now doing so in the face of empirical facts to the contrary (typical conservative territory). In the end, one can only conclude that conservatives either don't actually understand how a carbon tax works, or simply prefer the sound of their own disinformation.

Maybe to get everyone in the country to buy into a carbon tax, we need to implement a Bullshit Tax on conservative politicians.

Leslie Anthony is a scientist and author who enjoys connecting the dots to reverse political and media spin.