A word to the wise

It was amazing to get out and play this weekend in some epic snow. But it also felt like the local snow community has been holding a collective breath with all the warnings about conditions and avalanche risks.
Jan 15, 2020 11:00 PM By: Clare Ogilvie 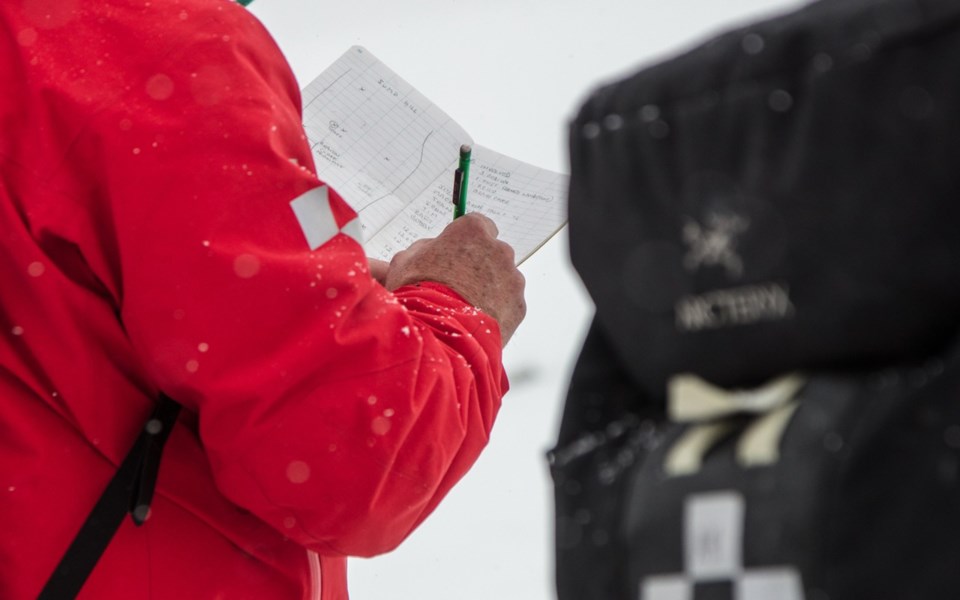 OUT of Bounds As we get set to enjoy more fresh snow in the coming days, don't let your enthusiasm cloud your judgment. Remember it might not be just your life you are putting at risk through poor decision-making. Photo by Mitch Winton / Courtesy of Whistler Blackcomb

It was amazing to get out and play this weekend in some epic snow.

But it also felt like the local snow community has been holding a collective breath with all the warnings about conditions and avalanche risks.

So it was with great sadness that I read the stories this week about the death of Canmore, Alta. family doctor Dr. Laura Kosakoski, who died in an avalanche while skiing the Mount Hector area of Banff National Park.

Her husband Adam Campbell watched it happen and dug her out, but not fast enough. She lived long enough in hospital to hear her mother say goodbye over the phone during her frantic journey to reach her daughter's side.

In recent days, avalanches have claimed lives in the Alps in Italy, Austria and Switzerland. Three were killed and five injured in avalanches in Idaho as well.

Meanwhile, Pique headlines, and those in other newspapers and online, have warned for weeks of the high avalanche danger in our backyard. Indeed a Whistler Blackcomb (WB) patroller was caught in a slide Jan. 1 while working in avalanche control (she was not injured and voluntarily returned to work the same day).

So to read on social media in the same weeks as these stories that many people are ducking ropes on the mountains to find powder is just beyond unbelievable.

WB has caught quite a few of them and taken away their season's passes for a year. Catching them and then making sure the ski terrain was safe has delayed the opening of runs and areas for everyone else that followed the rules—also an infuriating situation.

Let's remind ourselves for a minute of the story of Mark Gayowski, who spent New Year's Eve alone in the backcountry of Red Mountain after spotting an out-of-bounds trail that looked intriguing on his last run of the day, according to an interview he did with CBC.

He saw the trail from a chairlift while chatting with his mom and joked that it looked like the kind of trail he might get lost on. His mom made him promise to call when he was done skiing. She never heard from him.

At one point, he told CBC that he gave up.

"I took my jacket off and lay in the snow and I was like, I'm done. I'm going to let myself freeze," Gayowski told CBC. "So I did that for like 10 minutes but then I was like, OK, this isn't happening quick enough, so I decided to head back to where it was warmer."

After a second night outdoors, he was walking and yelling in frustration to himself when he thought he heard a voice—fortunately it was one of the more than 90 rescuers who were looking for him over the two days he was lost.

Yes, that is correct, 90 search and rescue personnel were looking for him, from teams across the East and West Kootenays.

Our Whistler Search and Rescue teams have already been out numerous times this winter. And we know that between March 1, 2018 and March 1, 2019, WSAR crews mobilized 59 times, up slightly from the 56 mobilizations in the previous year. Its report last year showed that it carried out seven rescues each off the back of Whistler Mountain and in the Spearhead.

So, as you make your plans, take a moment for some sober thought about the risks that always come with our outdoor adventure. While not exactly an albatross around our necks, the little voice of reason and caution is worth listening to right now. Always check the conditions at avalanche.ca, make sure you are properly equipped for a day out in the conditions and if you are not sure go to AdventureSmart.ca for help.

Closer to home, think about that snow on your roof. Is it sliding off? If it's not, you might think of how to get it off without it posing a danger to yourself or those who might unwittingly wander into its slide path. There are even avalanche hazards in our neighbourhoods. Cast a wary eye at the gardens and homes around you and if you are concerned, then knock on some doors and let people know.

As we get set to enjoy more fresh snow in the coming days, don't let your enthusiasm cloud your judgment. Remember it might not be just your life you are putting at risk through poor decision-making.

Play safe out there.