Alta states: A memorial to remember

Whistler’s Snoweaters gather to say goodbye to a cherished friend
Apr 17, 2009 6:21 AM By: Michel Beaudry 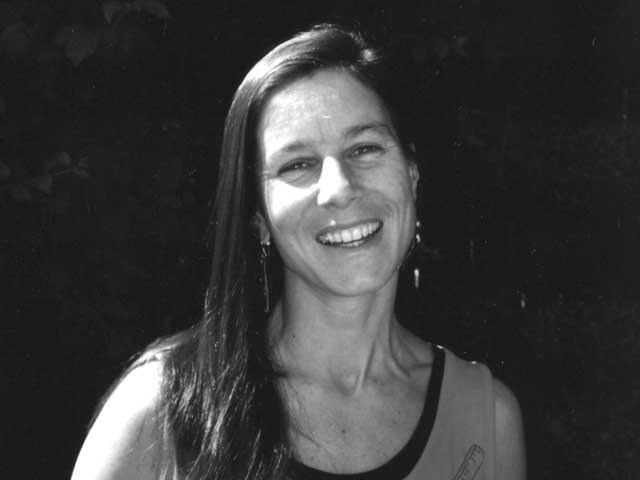 And though there were many tears shed - and more than just a sob or two overheard during the two-hour service - I couldn't help but walk away from the ceremony with a warm glow in my heart. It was, in all aspects, a fitting leave-taking for a loving mother, a nurturing friend and a great Whistler enthusiast.

When people gathered last Saturday to offer their last farewells to my spouse, Wendy Ladner-Beaudry, it wasn't just to stand around wringing their hands about the injustice of it all. It was to celebrate the positive energy and love that Wendy brought to everything she did. And that's not just me talking. From her colleagues at work, to the gal pals with whom she grew up skiing at Whistler, to the young women who played field hockey with her - even to her two daughters, Maya and Jenna - the message was the same: everyone she touched, every last person she came in contact with, had a story about being inspired by something that Wendy had done or said. She was a teacher who taught by example; a lifelong learner whose enthusiasm and curiosity inspired people to reach higher and strive harder. And I already miss her terribly.

I can't help it. I've got to write about it. Got to reach out and let people know just how much their presence (and words) touched me on this most sombre of occasions. At a time when nothing makes sense, when even the lead investigator on the case shrugs his shoulders and admits this is the most perplexing murder he's had to deal with in his whole career, it's important for me to look around and count my friends.

And there were so many out there for me to count on Saturday. There was former W/B marketing director David Perry, who dropped everything and came all the way from Colorado to offer his support. There was his younger brother Doug, he of World Ski and Snowboard Festival fame, who spent the last week propping me up and making sure my liquor cabinet was stocked with good scotch.

There was my brother-who-isn't-actually-a-brother, Michel Benoit, who flew in from Montreal with his lovely blonde Valerie to do what he could do to help put the pieces of my life together again (and yes, at times these days I do feel like Humpty-Dumpty). There was Nancy Greene Raine who reminisced with me about skiing with my daughter Maya at Sun Peaks when she was knee-high to a snowman. And Kathy Kreiner, another of Canada's Olympic gold medalists, telling me how she'd worked side-by-side with Wend on the Sport B.C. board of directors. "Such a strong, confident woman," she said.

And all of them couldn't quite believe what had happened. "Words can't express..." was a familiar refrain last Saturday.

Maybe it's just me. But one of the most significant groups to attend Wendy's memorial was the Snoweater tribe from Whistler, who descended en masse to Vancouver from the mountains to provide my family with solace and comfort on such a comfortless day...

Sure, it wasn't a great time to be on the mountain. The slopes that day were cold and hard-frozen and not all that rider-friendly. Still, the dozens of families - friends, colleagues, loved ones, even casual acquaintances - who braved Highway 99 on a rainy Saturday morning to bid farewell to a fellow Snoweater was a huge tribute to Wend's abiding love for the mountain town of her childhood.

Of course, our close Whistler friends were there - had been there for us all week long, for that matter. Rob and Sherry Boyd, the Daniels family, Ricky Lewon, Jorge Alvarez, Binty and Cheryl Massey, the Pattersons, the Wharins, the Fargues the Jewett-Horner family: they all tried in their own way to shoulder some of our sad burden. And to each of them I am deeply indebted.

But what struck me most at the Memorial was the Whistler people who'd come to pay their respect out of a sense of great loss. It wasn't like they were intimate friends of the family or anything. It just seemed like they all realized that the "Whistler Tribe" had lost a significant member last week. Hugh and Debbie Smythe, Peter Alder, Stuart and Elaine Rempel, Brent and Nancy Harley, Pique editor Bob Barnett, Tim and Leslee Wake, the Goldsmids, Julia Murray and her mum Stephanie, Susan Butler (and so many more too numerous to mention) - they all took time from their busy schedules to attend the event. And on a long weekend at that!

And it demonstrated yet again what the trash-talking, six-month locals could never, ever hope to understand: that the Whistler community far exceeds the town's physical boundaries. Wendy hadn't lived at Whistler full-time for years. Indeed, much of her life was taken up with issues that, at first glance, had nothing to do with Whistler: her children's education, helping less-advantaged folk get access to sports and sporting facilities, providing sports literacy tools for kids and coaches across Canada. And yet everything she did in her life had a Whistler angle.

Why? Because her whole existence was devoted to "healthy mind in healthy body." Whether in the mountains or on the ocean - in the pool, in the boardroom, or on the playing field - Wendy was totally committed to fair play and access to sports for all. For her, Whistler was a mountain refuge, a place to get back in touch with life's real values. And it was these values, she believed, that Whistlerites had traditionally championed.

While land speculators and Olympic carpetbaggers have pulled our attention away from these vital principles, the reason most people moved to Whistler in the first place was to establish a healthier way of life than the crap they offered in urban Canada. Ironic, isn't it? We're recreating urban life in the mountains - with all its associated garbage and infrastructure and concerns. It was a trend that troubled Wendy no end...

But I'm getting sidetracked. No question: Whistler was still a big part of Wendy's life. I mean, how could it not be when mountain life had framed such a big part of her youth?

Her teen years with Kashi Richardson - two young female skiers with oodles of talent and loads of attitude - and a whole mountain to explore; her hippy years as a squatter at Parkhurst with Bri Scott, learning the hard way what it meant to "live simply" in a winter setting; her telemark racing years with Cathy Jewett and becoming World Masters' Champion at 40; her time as a mountain host with folk like Grant Lamont and making sure her own girls were learning about flying over the snow in winter time; and finally, the last decade of her life in which she seemed more in love with skiing than she'd ever been. Of meeting old friends on the hill, people like Jane McDougall and Cathy McConville and Dianne Bisaro, for a day of sliding and good conversation...

Besides, she knew how much her husband needed the mountains; knew how much my wild-man's soul was assuaged by a day riding Whistler's slopes. And for that I will be eternally grateful. In some ways, we lived a schizophrenic existence. Part-time city dwellers, full-time mountain enthusiasts - ours was a lifestyle that had nothing normal or conventional about it. But it worked.

And now it's over. Here we are, Jenna, Maya and I, trying desperately to gather up the pieces of our shattered existence. Wondering what the hell hit us. Fortunately we're not alone...

How can I thank the hundreds and hundreds of people who came out to celebrate her life? How can I acknowledge all the letters and e-mails and messages of condolences we've received? It's simple - I can't. But I can ask you all one thing.

Take up Wendy's quest. Give more than you receive. Take pleasure in helping others. In other words, take a good hard look at your life and find the opportunities where you can give a little bit more of yourself - and actually do it! Take a few moments and cast your glance beyond the comfortable lifestyle that you've established for yourself and find ways where you can stretch and give and contribute to those less fortunate than you.

More importantly however, I enjoin you - right now! - to grab your husband or your wife, your children, your loved ones, and hug them fiercely. Never hesitate to remind them how much you care. Believe me, you can't say "I love you" too often... especially when you mean it!