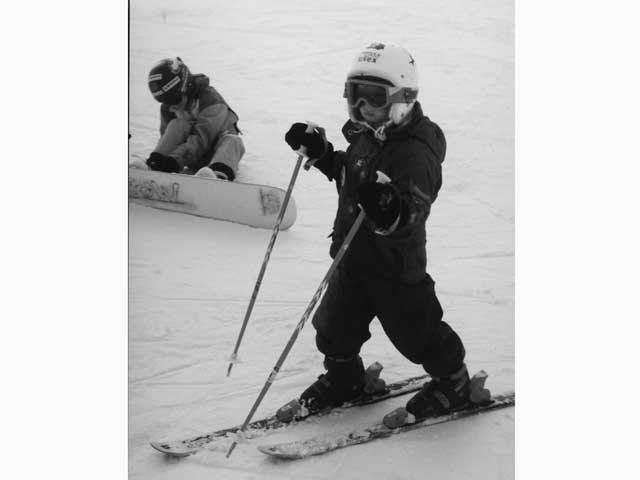 Will Whistler be prepared for the next generation of skiers?

“May you live in interesting times!” As old as it is, as often as it’s been repeated, that classic Chinese curse has never been more appropriate than it is for Whistler at this point in its history. Why? Because ambient conditions — economic, climatic and social — are changing so fast right now that most people in the mountain tourism industry (even the self-appointed “experts”) really don’t have a clue about what the future will bring.

I know. Nobody likes to deal with the guy screaming “The sky is falling; the sky is falling.” It’s annoying, rarely true and totally beyond one’s ability to alter the future anyway. But in this case, it’s not the sky that’s falling; it’s the whole platform on which we’ve erected our current resort model.

Another wild Beaudry exaggeration? I don’t think so. Consider the following possible scenarios:

A three-dollar litre of gasoline? As outrageous as that sounds now, it may just be a matter of time. And what will that do to the destination market at Whistler?

“I’m very concerned for the future of Whistler,” says Ecosign’s Peter Alder. “While we produce all these fancy documents about diversity and sustainability, we’re forgetting to do anything about the real issues facing us.” He smiles sadly. “We’ll probably be fine until 2010. But what about after the Olympics? That’s the period that really concerns me…”

An economic meltdown in the U.S.? It’s all but upon us. And how will that play out in the way we do business in Whistler?

“Keep your powder dry,” warns tourism economist Jared Jones. “This is not the time to invest in huge capital projects. In fact, right now, I’d say small is beautiful. There’s a big switch happening at the moment; people are making financial decisions in a very different way than they were 10 years ago.” Which means? “If you’re looking to the recent past for inspiration, you’re going to get yourself in big trouble…”

Global warming and a rising snowline? Look no further than the Alps — it’s already arrived there. So how will that affect future international riders and skiers?

I can see some of you smiling and dismissing this one out-of-hand (and given our recent winters, I don’t blame you for being complacent on this issue). But let me warn you: this is not an academic debate. In Europe, they’re already projecting a far different resort model for the future than what we know today. “It’s not a very comforting vision,” says Marienoel Turc, director of Val Thorens’ Maison du Tourisme. “The model being bandied about by my colleagues,” she explains, “is of an industry dominated by five or six very expensive high-altitude resorts that can still produce snow. All the rest will die.” She sighs. “That may be fine for a resort like ours (which happens to be the highest in Europe). But how will we be able to attract newcomers to the sport in the future? To me, this is not a viable solution.”

An ageing boomer market switching to more passive activities? It’s already happening (check out the number of Whistlerites buying land on the Sunshine Coast right now). And how will Gen XYZ embrace facilities developed for a generation with fundamentally different priorities?

On that last point, industry insider Rick Kahl is most concerned. “The Boomers are going to be gone in 10-15 years,” he says. “After that it will be all about Gen X and their kids.”

So are we making it attractive for them to get involved? Not really, he says. “We have to do a whole lot more to accommodate young families. We have to figure out how to make it reasonable for young parents to embrace the considerable investment — both in time and energy — that it takes to get involved in skiing and riding.”

Cost is not the only challenge however. “Current research is very clear on this,” says Kahl. “The Gen X’ers are interested in having as little between them and their experiences as possible. They’re looking for a more direct, more organic — simpler even — relationship with the mountain. They don’t want to be ‘protected’ from the environment. They want to see and feel it in their faces.”

But it’s not just attracting the next generation that is key in assuring Whistler’s future success, it’s making sure we’re still attractive to the young folk who make this place run.

“The social contract that once defined life in mountain towns doesn’t exist anymore,” says Park City’s Myles Rademan. “And everybody knows it. In fact, what was once a pretty egalitarian lifestyle has all but disappeared today. The workers have been disenfranchised and the gulf between rich and poor is getting bigger. We still have great towns. And we still get scenery dividends for living there. But much of the work today is being done by migrant workers (at least in the U.S.).”

So what does that mean for the future, I asked him.

“Reality sucks,” he says. “But it’s the only thing we have to work with. Anytime there is life, there will be winners and losers. Life isn’t fair — get used to it.” And then he hits his punchline. “Like pioneers in the old days, early adapters have a highly developed sense of ownership and pride in the places they ‘discover.’ After all, you’ve distinguished yourself as an explorer — and you want to protect what you’ve found. It’s entirely natural to resist change. But change will happen — especially in beautiful places that attract wealthy patrons. It’s how you manage that change — how you make it fit your story — that distinguishes a great mountain community from a merely good one.”

Interesting times indeed. And my sense is that if we don’t get it just right over the next few years, chances are that Whistler is going to suffer greatly — or change dramatically — while trying to re-establish its course.

Which brings us back to the raison d’etre behind the creation of this Alta States forum.

Like so many others who harbour a deep and abiding love for this place, I feel a sense of responsibility to those coming behind me. I worry that my children (third generation Whistler skiers and riders) and their children and their children’s children will not experience the magic that I was fortunate enough to discover in this unique mountain setting.

You can dismiss me as an old-time ski bum who can’t (or won’t) adapt to the changing reality at Whistler; a sentimental middle-aged fool who romanticizes the past and demonizes the present. Or — and this is a far more positive approach — you can welcome these weekly missives as an opportunity to discuss and explore the various ways that Whistler, as a community (not just a business), can adapt and change to face the new conditions that the 21 st century is throwing our way.

By all means, beat up on the messenger if you want. But don’t ignore the message!

For me, the day when the economic bottom line was all that mattered is long past. If we’re to move into the state that resort planner Brent Harley calls “sustainable prosperity,” we have to expand our bottom-line thinking to include two major realities beyond the economic: the environmental component (our “supernatural” surroundings) as well as the social component (all the great folk — residents, seasonal workers and guests —who consider Whistler their community). And we have to give these new bottom lines more than mere lip service.

“Whistler has really focused on the quantitative side of things in recent years,” says Harley. “But we’re not working on a mindless production line here. We’re in the people business. There is a significant qualitative dimension to what we do here that needs to be better understood by all of us in this valley.”

Ecosign founder Paul Mathews put it really well in an early column: “No matter what business you’re in — no matter how successful you’ve been in the past — you can’t sit back and rest on your laurels. You have to continually re-invent yourself. In order for Whistler to move forward, we have to re-invent who we are.”

So there you have it. While many in Whistler have chosen to dismiss Alta States as the ravings of a mountain lunatic (which I am, for sure!), many others have been inspired by the passion and vision of my weekly Alta States guests to re-examine Whistler under the telling lens of a 21 st century microscope. So let’s keep talking. Let’s discuss and exchange and learn and project great things into the future without closing our minds to new and scary ideas. Only then will we be able to truly consider ourselves “leaders in the field.”