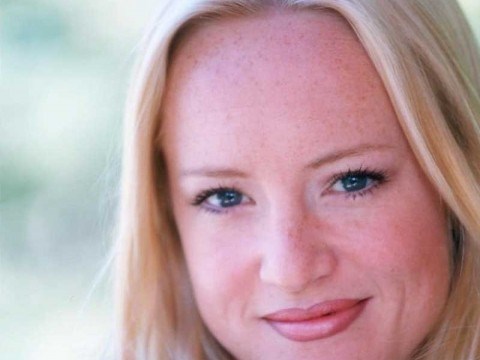 "When we are honest with ourselves, we must admit that our lives are all that really belong to us. So it is how we use our lives that determine what kind of (people) we are."

Sherry Newstead was living the life. A member of the fledging Canadian Snowboard Team, she was travelling the world, riding the pipe for a living and getting a whole new perspective on her sport. "It was almost surreal," she says. And giggles. "Going to our first European events - we were like members of a comedy troupe. The learning curve was amazingly steep." The year was 1996 and the tough young gal from Lynn Valley had certainly come a long way from her desk job with BC Rail.

Remember Gidget? Remember the surfer chick they called the "girl midget"? The altitude-challenged tomboy who could give as good as she got? The only female in the gang who rode the waves with the guys? Well, Sherry was Gidget's snowy incarnation.

"I moved to Whistler in search of fun and adventure," she tells me. "I didn't necessarily set out to change who I was, I was just able to release the person inside and be me. I always loved theatre and sports in school. Whistler was a beautiful combination of that." She stops. Laughs. "Still is. I loved that you could dress up like a complete weirdo, be totally silly and nobody batted an eye. It seemed expected really. If there was any eye batting we were having too much fun to notice or care..."

As far as riding went, she was totally committed. "I wasn't so worried about measuring up," she says, "as I was of just proving myself."

Sound familiar? "For me," she says, "moving here was a rite of passage. I felt I needed to be good to belong and not 'ride like a girl'. I really worked at pipe riding, watched the guys and learned from their experience. Most of them were good skateboarders, vert' ramp riders. I loved watching them boost huge air and do styly (I know that is not a proper word) tricks. I wanted to do that. We would hike the pipe for hours when there was no powder. Then in the summer we would do it all over again on the glacier. I worked at the Camp of Champions as a pipe digger." Another quick eruption of giggles. "I think I was the only girl allowed to dig because I was the only one strong enough to throw the snow out of the pipe."

Like Gidget, Newstead was considered "one of the boys." "As much as there were great girls snowboarding back then," she admits, "I mostly rode with guys." She smiles. "I have always had lots of guy friends. I guess I'm not that much of a girlie girl..."

The mid-90s was a time of great innovation in the sport. Boardercross, for example, had just been "invented" and Sherry was cajoled into joining a quartet of Whistler-based riders - Omar Lundie, Andrew Murphy, Jeff Ihaksi and Mark Torlay - to test herself on the new pro circuit. She thrived there. "I did the pipe contests to get money and sponsors and travel," she says. "But boardercross - that was for me!"

Alas, riding competitively can be tough on the body. Heading into Nagano and the '98 Games, Newstead was on Canada's "A" Team and only needed a few top 10 results to cement her Olympic participation. "Unfortunately I'd suffered a partially torn ACL earlier in the season and had to ride with a brace," she explains. "That was heinous." But the worst was yet to come. "Finally the ACL exploded," she says with a sad grin. Followed by yet another fit of laughter. "So that was that. My Olympics were over."

A wise man once said that "when one door closes, look for another to open." Which is exactly what Sherry did.

Although she'd already had a taste of celluloid success with Greg Stump and his merry band of wildmen, it was in Whistler that her next "career" was born. "I have to thank (legendary Whistler provocateur) Johnny Thrash for helping me into the mainstream film business," she tells me. "He was working as a camera assistant on a Curtis Petersen project - they were shooting Mr Magoo - and they were looking for riders to do a boardercross scene. So Johnny put it out there: 'I know this chick at Whistler who'd be perfect for the job.'" She stops. Smiles. "That's how I got my first film job."

It was love at first interaction. "I really enjoyed being part of a big production," she says. "You know, watching the set-up and seeing how things are put together. As a kid, I loved the romance of making movies." She laughs. "But until then I just didn't think it was a realistic direction for me."

A woman with carpe diem tattooed on her heart (only virtually of course), Sherry was quick to seize the opportunity. "I soon realized that these film guys needed talented athletes for many of their shoots. But the action sports world wasn't their world so they found it very difficult to come up with the right talent. What the heck, I thought, why not establish an agency that dealt exclusively with high-energy athletes?" And that's how Action Talent was born.

Her biggest move was yet to come, however. "I first met Rob at Snowbird," she says. "It was just after the Sundance Film Festival and we just kind of ran into each other there." Although she says she was impressed with Whistler's former downhill star, it wasn't like her hormonal bells immediately started ringing. "He was just this happy, bigger-than-life guy. He continued to pop into my life in little bursts. But I didn't think much about it."

Both members of Whistler's legendary Freeride Team, Sherry and Rob found themselves sitting next to each other one night during a team dinner at Sushi Village. "I was wearing this skimpy mini-skirt," she says with a meaningful grin. "The sake had been flowing, And I was freezing! So I decided to skootch over and get me some of Rob's warmth."

The next morning she received a telephone call. "I heard you got some new skis," said Boyd. "Wanna go skiing for stunt training?"

She laughs. "My first reaction was: 'Not with you!'" And sighs long and loud. "But what can you say to a guy who shows up on your doorstep with a bag of groceries and then proceeds to cook you breakfast?" The "no" turned into a quick "yes" and the rest, as they say, is Whistler history. "That was our first official date," says the woman who is now the mother of two Boyd boys under five. "And it was totally humiliating! But he called the next day so I figured he couldn't be too disgusted." She laughs. "When I fall, I fall hard!"

Sherry and Rob moved in together in 1999. "It wasn't a big move," she admits. "Just from one side of Creekside to the other. It was convenient that way..." They were married in the summer of 2003.

Dylan was the first to arrive. He was born in 2005. Sixteen months later, his younger brother Evan made the scene. Sherry's biggest adventure was about to begin. And given that hubby Rob was still traveling the World Cup circuit as women's downhill coach for the Canadian team, it would be an adventure experienced mostly on her own.

"When I was about five months pregnant with Dylan," recounts Sherry, "Rob called from Europe to say that if I wanted to come out he could pick me up, and to bring my skis." She laughs. "So eager was I to get out of the house and get to my soul mate that I set out on a 'planes, trains and automobiles' epic, hormones in full pendulum."

It was quite a journey, she says. "I flew a turbulent flight into Frankfurt, then a short-haul flight to Innsbruck but I had to transfer my bags through the smoky airport in between. It seemed that everyone smoked everywhere, you just couldn't escape it."

But her trip was far from over. From Innsbruck, Sherry had to catch a series of trains to Zernez, a tiny Austrian ski town, as she says, "nestled in God knows where. I had no idea; I just needed to get there. The trouble was that I didn't speak German, couldn't read German and there were a lot of trains to choose from. Of course there was no one around to help. Still, I was determined to get to Rob and not melt down before I got there."

It seemed to Sherry that she was the only person traveling that night. "I'm not usually so dramatic about traveling alone," she admits, "and have done my fair share around the globe but this was different. You feel more vulnerable being pregnant, something I was not used to. I had always been tough. I felt frustrated with my newfound vulnerability. The train arrived late at night at a station that looked like the one that Frosty the snowman arrived at when he was in search of Santa Claus..."

Finally she wasn't alone. "There under the glow of the snowy station's one lamp post," she says, "was my tall, broad-shouldered knight in shining armor. All my anxiety melted away as I was swept away with a wave of emotion. He never looked better and his hug never felt so strong. I don't know if he noticed that some tears actually welled up and rolled down my cheeks. I loved him so much and would do anything for him. Even carry a baby and my luggage halfway around the world to find him."

Next week: From rock star to hausfrau - dealing with pseudo single parenting at Whistler