Amanda Stocks — a view from the chair

"Wherever you go, go with all your heart." - Confucius. Did somebody say heart? There are individuals in this world who create community by sheer force of will. They're like social magnets...
Nov 6, 2013 8:00 PM By: Michel Beaudry 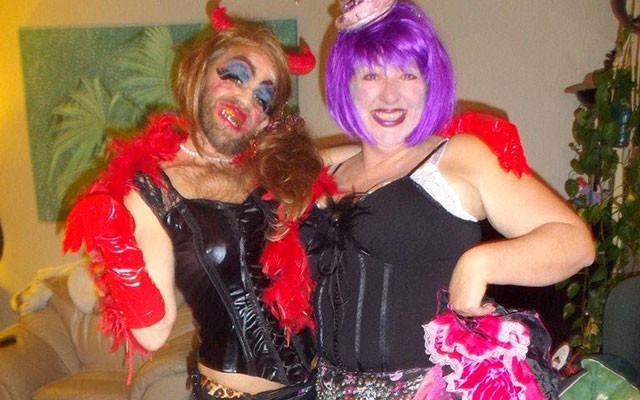 "Wherever you go, go with all your heart."

Did somebody say heart? There are individuals in this world who create community by sheer force of will. They're like social magnets... able to make connections between people in the most unlikely of ways. They come in all sorts of packages — tall, short, big, small, male, female, red, black, yellow or white. But they all have one thing in common: a streak of unselfishness that makes them consider the needs of others long before they consider their own.

Which in this day of me-first consumer culture is not a quality that's highly appreciated... or rewarded. And yet the "generosity gene" seems so deeply hard-wired in some folk that — fortunately for the rest of us — it makes it near impossible for them to act in any other way.

They don't ask for thanks. Rarely calculate the benefits they bring to a group. And never expect perks for their selfless behaviour. It's simply not part of who they are. Giving, for this gang, is way more important than receiving.

Which makes this week's column that much more fun to write. Especially since it's subject wasn't even my idea to begin with. "Hey Beaudry," came the missive from my friend Max, The Sage On The Back Page, "I know you have your own list of usual suspects for Alta States, but you should consider doing a piece on my barber." Your barber? Really?

"I can't remember what I used to do for a haircut before she opened Blackcomb Barber at Nester's 20 years ago," he continued. "I must have gone to the city or something... Still, she's way more than just a barber. She's a true gem. A real Whistler treasure... As I'm sure you'll discover if you do the story. "

Max can be a wee bit eccentric at times, you know, and I mostly indulge him. But doing a story on his barber? "Her 50th birthday's coming up," he wrote. "Her name is Amanda and she'd make a great subject for your column. You should give her a call."

Sigh. I hate cold calls. But I also trust Max's instincts for a good story. Besides, he'd sparked my curiosity. Who was this barber gal? And why was he so high on her? So I channelled my inner reporter and telephoned Amanda Stocks.

And you know what? Ol' G.D. was right. Funny, honest, outspoken and bright, Whistler's Whistling Barber (you should hear her eagle imitation) exudes an enthusiasm for life that's hard to resist. With her zaftig figure and that growly laugh and sandpaperry scotch-and-cigarette voice of hers ("I don't smoke tobacco," she says with a wink), one could easily imagine Amanda working behind the bar of a 19th century saloon in goldrush country instead of running a string of barber shops in Sea to Sky.

"Funny you should think that," she says, a rumble of laughter punctuating her words. "Being a barber in Whistler is not all that different to being a bartender. I mean, Whistler is full of Peter Pans." She laughs again. "And I'm their Wendy... I've got no kids, no family — well, I've got nine childr... er, employees — but that's a whole other story. As for my clients, they're all my boys. And I'm their confidante, their best friend. I'm like everybody's sister." She grabs a quick breath. "And I'm always happy to give you my opinion on stuff, but only if you ask for it..."

For Amanda, it's a simple equation. "I want my place to be a refuge for my customers. I want them to feel like this is the one place they can come and just relax." That's why, she says, she follows the "Barber Bible" religiously: "No religion, no politics. And there's no charge for the extra entertainment." She stops. More laughter comes tumbling out. "But you have to pay extra if you want me to shut up."

Amanda was born in Liverpool. But she didn't get much time to explore her Englishness; her family left Britain when she was two. "I grew up on Vancouver's Northshore," she tells me. "I had two brothers, you know. And so I became a bit of a tomboy." She says she didn't get to see many Disney Princess movies as a child. "No tiaras and ball gowns for me... My dad was more into Bruce Lee and Clint Eastwood. And that had a huge influence on my life. I mean, Clint Eastwood? He's The Man!"

When time came for her to figure out how to make a living, Amanda somehow drifted into hairdressing. But it wasn't at all what she'd expected. "Suddenly I was working with all these women, you know. All these chemicals, these long procedures — I mean you might be stuck working on one woman for four hours! – it was just too much. I couldn't handle it. Somebody told me recently that women put out 6,000 words in a day while men only speak 2,000 words. Whatever... that was just too many words for me."

So doing women's hair was out. But she'd already spent nearly $11,000 on the hairdressing course. What to do? "My mom, Carol, was great," she says. "When I told her I couldn't handle working with women, she suggested I work with men. 'Why don't you become a barber,' Carol said. 'Remember those Clint Eastwood movies? Remember the barber sharpening his straight razor; shaving those tough guys in the bar?' She told me she could see me doing that kind of work."

So could Amanda. "I mean, a guy walks into a barber shop, sits down, and twenty minutes later it's all over..." She can't help it. She has to laugh. "It's just so much easier than dealing with chicks. The guys come in, they laugh at your jokes... and if they think you were actually funny, they'll most likely come back." She lets a couple of beats go by. "Hey, it might not be for everyone, but it works for me."

And Whistler? "Look — I don't ski. At least I don't downhill ski. I just don't like the speed of going down..." She smiles. "But I like snowshoeing and stuff like that."

Hmm. So how did Amanda end up in Whistler in 1994? "Well that's easy," she says. "I was working in Lynn Valley at the time, and I had all these Whistler guys coming in and bitching and moaning that there was no barber shop anywhere in the corridor." She lets a moment pass. "I'd also heard about the girl-to-guy ratio in Whistler." She smiles. Barks out another laugh. "So you know, I put one and one together and..."

Amanda first set up shop in Whistler on April 14," The same day the Titanic went down," she says with a wry grin. The difference being that Amanda managed to stay afloat. And prosper. "I guess I should be giving thanks for that," she says. "To the thousands of customers I've had... to the 40 or so barbers I've employed over the years. They've all contributed to my success." But what she doesn't say is how much of herself she's given to friends and colleagues during those same years.

Indeed, it takes a bit of prodding for her to acknowledge those contributions. "They call me the Barber Queen," she admits. "And that's because I've always encouraged members of my staff to launch their own businesses. And over the years I guess I've helped a lot of people get started." A pause. "Come to think of it, I've influenced a lot of people's lives..." For just a moment she grows quiet. And then she's off again, laughter following in her train. "That's what I'm all about," she says (with just a touch of irony in her voice), "Tell me your dream and I'll do my best to make it happen."

And yet... there's a lot of truth in what she says. This is a woman who cares. Who provides unconditional love whenever called upon. Take her current situation. "Well, a lot of my boys are getting older, you know. All my Peter Pans — my original customers — I'm watching them age... and grow lonelier. It's kinda sad."

Now based in Squamish — where her Harbour Barber is based — Amanda admits she's become something of a Mother Theresa for some of her "boys" forced to spend time at the local hospital. "A lot of them have to come down from Whistler for tests and stuff. And often they need somebody to be with them to sign out of the hospital." She sighs. "But these guys have no family — they left everyone behind when they moved to Whistler."

That's where Amanda comes in. "They call me. I sign them out... and then invariably they end up staying at my place because there's no way I'm going to let them drive back up to Whistler on the same day." She shrugs. "It makes me angry sometimes. Like I want to say: 'Hey Whistler. Have you looked at yourself in the mirror lately? Pay attention!'"

But her good humour returns quickly. "Hey — if you can slip one more thing into your story," she says with a mischievous glint in her eye. "I'd love to see an end to this silly marijuana prohibition." A beat goes by. "After all, you know what my shop's motto is: 'For that buzz with a difference.'" Happy birthday Amanda.