"I understand the business argument for closing Whistler Mountain early. But it still rubs me the wrong way... I mean, how can they do that? It's like turning your back on forty years of local history.
Apr 24, 2013 9:00 PM By: Michel Beaudry 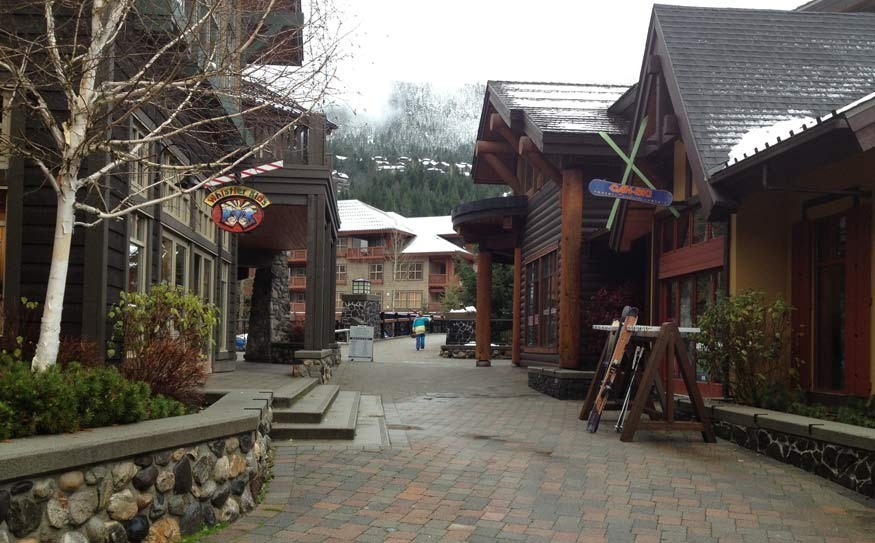 "I understand the business argument for closing Whistler Mountain early. But it still rubs me the wrong way... I mean, how can they do that? It's like turning your back on forty years of local history."

I woke up on Sunday to a raging blizzard. The wind was howling, the snow was coming down in incessant waves of white and the trees above my house all sported that flash-frozen look again. Frankly, my newly-acquired porch furniture looked forlorn in the late-winter storm.

It was the last lift-served day of the season on Whistler Mountain. How could that be? I felt like crying. So much snow still. So many great runs left on the hill. Sure, Blackcomb would still be open. But that wasn't home for me.

I mean, I'd be happy if the WB wizards just kept the Creekside gondola open. Let us skin up the mountain from there. Or even if they ran the (ugh) Peak 2 Peak so we could ski home from Blackcomb at the end of the day. Put a few nostalgic tracks on our favourite trails on the way down.

I know. I know. I'm not being realistic. Given the company's business targets (and its stock-owning clients' goals), keeping Creekside open for a handful of eccentrics, kooks and madmen makes zero financial sense to WB's bean-counters.

But on a cultural level? Ah, now there's a compelling argument. While Blackcomb Mountain has virtually no late-season ski/riding tradition in it's developmental history, its cross-valley sibling put itself on the world map in its formative years by remaining open later than anybody else in the ski business.

In the 1960s, '70s, and '80s 'doing' Whistler Mountain in April and May became almost a rite of passage for serious skiers and pros across North America. Gelandesprungs, hot-dog skiing contests, speedskiing races, mountain-top barbeques, crazy psychedelic sessions on the Peak — it was all part of the mix. But the biggest ingredient was FUN. It was almost tribal. I mean, skiing in April and May was new to everyone back then... and it was very, very sexy.

But now? Not so much. I mean, "fun" is a hard concept to monetize. No? Besides, it seems these days like the WB big wigs can't wait to get rid of skiers so that they can finally get down to the serious work of altering our mountain terrain again (consider the destruction they're about to visit on Harmony's Little Whistler).

Forget culture. Or history. Or even indulging the long-term season passholders a wee bit. It's all about the bottom line now. Corporate memory is very short-term.

Damn! I'm getting ahead of myself again.

Ich bin ein Creeksider. And proud of it. I live in one of Whistler's last ski-bum ghettos. A place of revolving tenancies, cars on their last pass, and shabby apartments with sports gear flowing out the windows and doors and slowly spreading across the sagging porches.

And young people. Lots of young people — Swedes and Germans and Spaniards and Japanese. Canadians too of course... just not so many (Mr. Harper's small-minded economic policies appear to hit hardest on our youth).

Still, it seems like Whistler has gone global. Whether it's because of social media or old-school word-of-mouth (or a combination of the two), Millenials from around the world are now seeking powder satoris in B.C.'s Coast Mountains. And for most of that wave of newcomers, Creekside is where they wash up. Kids with long hair. And kids with no hair. Kids with brown skin and kids with white skin. Rich kids, poor kids, bourgeois and anarchist, and yes, everything in between.

But one thing's clear — if they're living in this part of town, they're not in Whistler to get rich. Which to me is one of the great charms of this down-at-the-heels neighbourhood. Skier, boarder, parker, freerider: doesn't matter what your sliding tastes are. Whistler's Creekside is the United Nations of big mountain Glisse.

I mean, even the guests are different here. Most, I would venture, consider themselves expert riders. Or at least advanced. And keen, very keen. I mean, they're obviously not here for the nightlife. With its two anchor restaurants still devoid of tenants — and oodles of retail space still going begging — the Creekside après-ski is embarrassingly limited.

In fact, it's rather sad.

It's so much less than Intrawest had promised us in the mid 1990s when they demolished what was here to make way for their great new Creekside (read: real estate developing) vision. Call that stakeholder consultation? Hah! But then, the company's lack of follow-through has turned out to be something of a blessing. For the mountain still rules here. She reminds us every day just how small we really are. How quickly she can overpower us.

And yet, she can also make us so very, very happy. As a quick cruise through the gondola line-up on a big storm morning amply illustrates. The 1,000-watt smiles and canary-eating grins are legion. Yes?

As I trudged my familiar route to the gondola Sunday morning — the snow gathering on my parka like it was December again — it suddenly dawned on me that the last six months of my life had been entirely synchronized with the opening and closing of this iconic valley lift. Say what? OK — I admit it. I just spent the last winter as a fully dedicated ski bum.

I put the rest of my life on hold (except of course for my weekly missives here), and focused on getting my skis under me again. Sigh... Far too long a story to unravel here; let's just say I spent the last four years in Hell. Hmm, how could I explain this better? It was like playing a 48-month-long game of snakes and ladders where every roll of the dice dropped me on the back of a snake. One step forward, seventeen down... Yeaoow!

Whatever — settling down in Whistler again was all about getting Humpty Dumpty Mich back together again. If riding the big-mountain forests of Creekside couldn't do it, I figured, there wasn't much hope anyway. Sure, it was kind of a step backward. So what? If I could get my broken mind/body back in synch with mountain life, then maybe there was hope after all...

And it worked. Sort of. No, that's not quite fair. It did work. I became a ski monk all over again. Sleeping, eating, writing, skiing — that's all I did. And slowly, slowly, my strength came back. My confidence grew. I learned what my new (old) body could manage. Figured out when to hold and when to fold.

But mostly I listened to the mountains. Listened to their song. Listened to the alternate beat of life that they offered. During my long solitary walks to the quieter corners of this grand domain, I let their soothing touch heal my unhappy soul. There was nothing easy about this path though. Every day my body ached. Every morning I woke up wondering: would I make it through to another dawn unscathed? Still, I could feel myself getting better. Could feel the faint stirrings of positive movement. At last.

The Peak Chair still wasn't open when I skied off Redline. What to do? All that new April powder, I thought, and no access. But Harmony was running. Would the patrollers let me hike around the back and up to the peak even though the chair was closed? I had to assume they would...

It just so happened that my old buddy Pierre "Peewee" Jetté had pretty much the same idea I had. No closure signs anywhere — "Let's go," he said. It was well past eleven now. The morning's power flurry had deposited a surprisingly deep coat of snow from summit to creek. But the clouds were breaking up fast. And at this time of the year, well, even in the best conditions there's only a brief window before fresh cold pow becomes sun-soaked schmoo. There was no time to waste.

I won't bore you with tales of endless turns in bright sunshine in cold April boot-top powder. But that, essentially, sums up our first tracks' run on closing day. By the time we reached Dusty's, our sheep-eating grins, Peewee's and mine, were stretched wide across our faces. Non-stop from peak to valley — spring mountain surfing at its best. What a way to end the season...