At the recent Apple launch event, the company showed off two new smartphones — the iPhone 5S, which is an update to the iPhone 5, and the iPhone 5C, which I can't figure out.
Sep 18, 2013 9:00 PM By: Andrew Mitchell 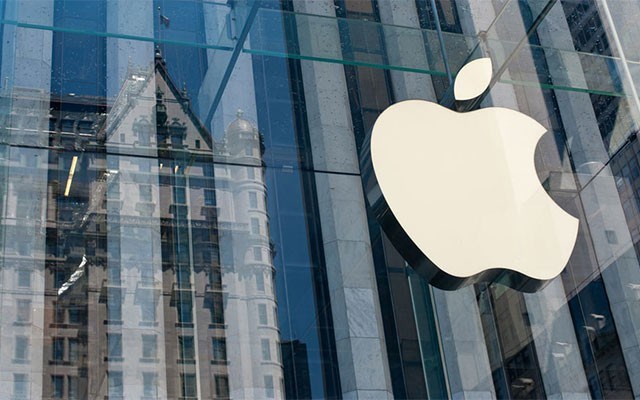 At the recent Apple launch event, the company showed off two new smartphones — the iPhone 5S, which is an update to the iPhone 5, and the iPhone 5C, which I can't figure out. The 5C was being heralded as a more affordable iPhone, replacing a few high-end touches like the aluminum shell with plastic to bring the price down. Yet the "budget" 5C model still succeeds in being priced similarily to other high-end phones on the market with a price of $599 at retail. It's only cheap in comparison to the highest end iPhone 5S, which is still about $130 more and one of the most expensive phones on the market.

It's too early to tell if this was a good strategy for Apple. The company's niche is high-end electronics and devices, which it sells at a premium that people don't seem to mind paying. The last thing Apple wants to do is lose that position at the high end of the market and join the pitched battle against all the other companies out there competing on cost, degrading the value of its design, engineering and software in the process.

But there are problems with that strategy as well. The most obvious one is that North America, Europe, Japan and other regions of the world are experiencing a prolonged recession and may never recover. Finally waking up to the possibility that things aren't going back to the way they were pre-2007 any time soon, consumers are now spending less and saving more. Popular culture has also shifted with the economy to the point that frugality is actually kind of cool.

In the past, people who didn't have a lot of money might have spent more on brand-name clothes and objects to give the appearance of having money. Today, I'd argue that the situation has reversed; being broke is nothing to be ashamed of in this day and age, and may actually be something to embrace. Some would even argue that the low-roller Bohemian lifestyle is actually better because it comes with a bigger focus on friends and experiences, finding rewarding work, and all the great non-material things in life. Happiness, not wealth, is the true measure of success these days.

The other problem with Apple's premium strategy is market share. Apple wants to win, but it won't as long as other companies are able to offer lower-cost phones for the domestic pay-as-you-go market and the global economy — and the 5C doesn't qualify in either category.

Two of the fastest growing smartphone markets are China and India, while second-world countries like Mexico and Brazil are also on their way up. And people making $50 a week aren't buying iPhones, they're buying Android Phones or Windows Phones or Blackberry Phones — three platforms that are available in a wide variety of price ranges.

Even in North America you can buy a Nokia Lumia 520 for $99 to $199, depending on whether it's part of a plan or a pay-as-you-go package, and there are similar deals available for both Android (such as the Samsung Galaxy Discover) and Blackberry (like the Blackberry Curve). Apple has nothing available in that price range, unless you include last-generation iPhones sold on clearance.

And people don't really buy old Apple products. Part of Apple's image is invested in those long lineups that form outside of stores every time a new iPhone is introduced. Having the latest Apple product is cool, pulling out a dated iPhone 3 is uncool by an inverse degree.

That stigma doesn't really stick to other phones. Blackberry users can point to the physical keyboard and the number of important emails they get in a day. Android? That operating system is so skewed by companies and versions that nobody really know what's going on; meanwhile Android users are generally considered the most skilled savvy phone users because of all the complicated customization they offer. And Windows Phone is so new, and looks so good, that even the lowest end models look revolutionary.

At the end of the day, the iPhone 5S is a much, much better phone than the iPhone 5C, and people that can afford a $599 5C can probably come up with another $130 to buy a 5S. The 5C, while cheaper, just isn't cheap enough to compete in the discount market.

The real news at the unveiling, however, wasn't the phones. In my opinion, iOS7 is the most important Apple news these days, and all the tweaks and upgrades that have been made to the operating system — flashlight accessible from the lock screen, more options for handling incoming calls, automatic updates to apps in the background, support for 64-bit applications, voice calls using FaceTime, smart downloading for iTunes subscriptions, upgrades to Maps, smarter email management and a lot more. These things should matter more to people shopping for phones than any $130 discount that won't matter much on a two-year plan anyway.

Kickstarter started collecting projects from Canada recently and in just one month that section of the website already has 125 launches, and over 3,000 more submissions on the way. Visit www.kickstarter.com.