Humans are capable of doing some nasty things. One just needs to listen to a world-news report a couple of times a week to hear what violent and senseless acts are taking place in all parts of the world.
Aug 25, 2019 1:00 AM By: Vince Shuley 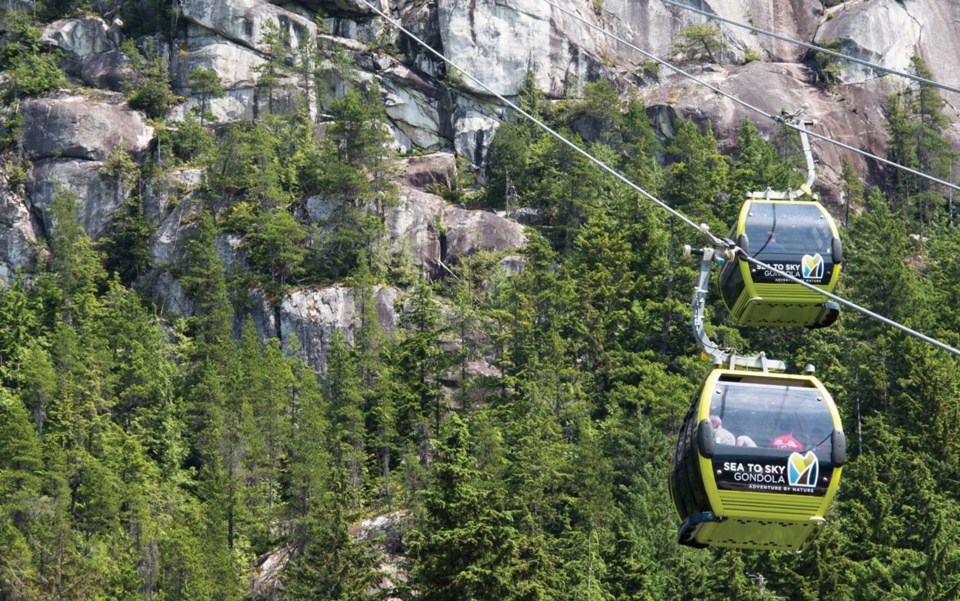 Humans are capable of doing some nasty things. One just needs to listen to a world-news report a couple of times a week to hear what violent and senseless acts are taking place in all parts of the world. Thankfully very few of those senseless acts take place in Canada, one of the reasons we're all lucky to live here.

Last week, however, news broke that the Sea to Sky Gondola in Squamish was damaged during the night. The North Shore and Sea to Sky region has dozens of rope-line lifts and we've all heard about unexpected accident scenarios around the world when the lifts aren't operating. High-wind gusts, rockslides, ice expansion, even low-altitude flying aircraft collisions have downed rope-line lifts.

As Sea to Sky Gondola general manager Kirby Brown said in front of the multitude of TV news cameras last week: "Honestly, in this business, while what we're trying to do is create opportunities for people to have great experiences, really the job is around risk management."

After the RCMP had a chance to survey the scene, news soon surfaced that a perpetrator(s) had appeared to intentionally cut the 52-millimetre (about the diametre of a beer can) haul cable, causing many of the 30 gondola cars to come crashing down onto rock faces, cliffs, and the forest floor. I had trouble believing it at first. As someone who was (many years ago) involved in a gondola failure incident, I couldn't fathom how someone could cause this to happen intentionally.

Thankfully, no one was hurt as the rope-line snapped in the early hours of the morning when the gondola was closed. Could this quiet time slot have been chosen to facilitate the alleged vandals' (terrorists?) own escape under the cover of darkness? There were also night shift security personnel on site when it all went down, so you can throw that gallant victimless-crime theory out the window.

Still confused and—like everyone else—looking for answers to such a very rare occurrence, I did some digging to see if this has happened before. It has.

The most notable was at Pal-Arinsal ski resort in Andorra in November 2018. A few weeks before the resort was due to open for winter operations, staff found cables on three different rope-line lifts had been partially cut. In early December, 2018 a partially cut cable was found on the Ferrari lift at Passo Rolle resort in Italy. No one was charged, nor has anyone claimed responsibility for either of these acts of vandalism. While costly, the repairs to these separate (and presumed unrelated) incidents didn't have anywhere near the consequences to that of the Sea to Sky Gondola incident.

Closer to home but going back 18 years in Heavenly, Calif., there was an attempt to interfere with safety sensors and dislocate the cable from the wheels on the lift tower. This time, the perpetrator(s) left a call sign spelled in black cable ties: the acronym "ELF." The local authorities believed that ELF stood for Earth Liberation Front, an international underground movement that claims to "vandalize in an effort to halt the destruction of the environment while maintaining a nonviolent philosophy." ELF also claimed responsibility in 1998 for a middle-of-the-night arson attack on Vail Resorts' Two Elk Lodge (along with Ski Patrol headquarters and three ski-lift buildings). Work was scheduled to begin the next day on Vail Resorts' controversial Category III expansion of 243 hectares into what is now known as Blue Sky Basin.

It's too early to say what motivated the alleged brazen act against the Sea to Sky Gondola. Eco-terrorism? Extreme localism? Tinfoil-hat-wearing conspiracy theorists? Nothing is being ruled out by the RCMP at this point. What we do know is that the alleged perpetrator(s) had a specialized skills set and tools to get through 52 mm of steel cable and probably didn't understand the risk to him or her self.

While no one was physically hurt, Squamish will be feeling the hit of losing its flagship tourist attraction for several months as it looks like it won't be re-opening until the spring of 2020. The tourism flow that bolstered Squamish's reputation as Canada's outdoor recreation capital will be stymied. People are out of work. The one silver lining out of all of this is that Squamish residents appear to be rallying around the Sea to Sky Gondola and look forward to Kirby throwing a big party once the shiny new cable and and cabins are installed.

The best thing we can do in the Sea to Sky is to continue to ride gondolas—just like we always have. I wouldn't stake locals at being fearful of future sabotage, but we don't want the mainstream visiting public to get the idea that rope-line lifts are any less safe now than before the Sea to Sky Gondola was allegedly sabotaged.

Vince Shuley looks forward to riding the Sea to Sky Gondola again next year. For questions, comments or suggestions for The Outsider email vince@vinceshuley.com or Instagram @whis_vince.