The numbers are in: tourism is up across all sectors in B.C. — way up. And because, comparatively speaking, this winter has been a good one, it's a time to do something I've put off for several years: take the pulse of B.C.
Mar 2, 2016 5:00 PM By: Leslie Anthony 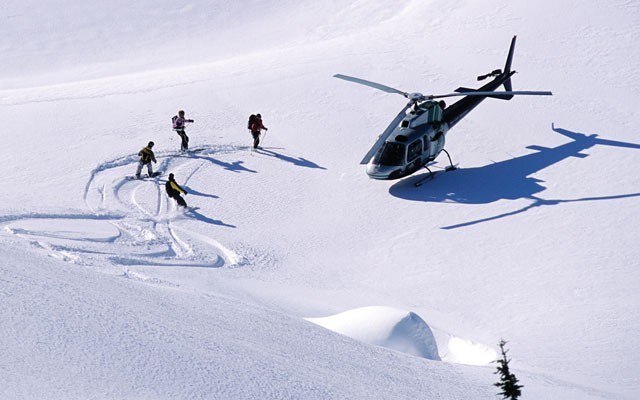 The numbers are in: tourism is up across all sectors in B.C. — way up. And because, comparatively speaking, this winter has been a good one, it's a time to do something I've put off for several years: take the pulse of B.C.'s mechanized backcountry ski industry.

I made an effort to match the "open line" trope of CBC's Cross-country Check-up by contacting individuals in the industry as well as many participants invested in it (photographers, cines, pros skiers — "citizens" so to speak) with a short list of common questions. Only a handful got back to me and even fewer actually answered, a testament to how busy the season has kept them. Fortunately, two knowledgeable folks that did take the time are involved both in the business and B.C. tourism circles: Mike McPhee, Sales and Marketing Manager at iconic Island Lake Lodge Catskiing in Fernie, B.C., and Beat Steiner, a principal along with other Whistler notables Christian Begin and Pete "the Swede" Mattson in Bella Coola Heli Sports, one of the province's most sainted operations.

Observing again and again in my travels how over-supply can cheapen any tourism sector, I began by querying whether the industry was currently healthy, and if so, what might threaten that. Unsurprisingly, each believed it was indeed healthy, and that a low loonie and increased interest in backcountry was making it more so. But they also had their eye on potential problems.

McPhee didn't think overcapacity was an issue at the moment, but noted something that suggests that this line could one day be crossed. "The long-term worry is definitely a decline in global skiers, which seems to be the trend."

Steiner was likewise unconcerned about overcapacity. "When conditions are good, there's an unlimited demand for powder," he said. "In the long term, however, climate change and increasing weather unpredictability are big concerns."

Climate change — and the industry's ability to withstand it — was actually one of my more pointed questions, and it received pointed answers.

"Anybody with access to alpine terrain is better placed to withstand climate change than operators at lower latitudes and elevations," said Steiner. "So in our lifetimes. I think the main impact of climate change will be the perception that weather is increasingly variable. The sense of insecurity this will create will make it harder for people to commit to a $12,500 holiday."

McPhee agreed that B.C. would be better off than many places. "It may have increased visits in the short and medium term, and some (long-range climate) models suggest the Canadian Rockies will be 'the last stand' of the ski industry."

Next, I posed that with ever-increasing numbers of operations, pundits are often given to wonder what the industry might be doing particularly right — or wrong?

"Our industry has many strengths — the quality of guiding, skill of the pilots, and level of service. But things we can't control are also major strengths," noted Steiner, circling back. "B.C. still has the most reliable snow on the planet, and being in a politically stable part of the world helps."

McPhee pointed to the world-class Association of Canadian Mountain Guides program before citing a weakness. "The industry has a hard time coming together on marketing and PR."

Indeed one area of PR in need of collective addressing is the industry's carbon footprint. Steiner was more than willing to take this on, beginning with something anyone familiar with heli-skiing well knows. "All operations work hard to reduce their carbon footprint: it's simple, the less we fly the more profitable we are."

Naturally, he continued. Heli-skiing is perceived as having a massive carbon footprint, but compared to other activities it's not out of line. The footprint of an individual on an average day of heli-skiing is similar to a Ford Explorer making a roundtrip from Vancouver to Whistler. Perhaps neither activity will be conscionable at some point in the future, but for the time being it needs to be put in perspective. We all need to reduce carbon emissions, but I'd argue that we should first focus on reducing waste rather than cutting things that provide people with "peak" experiences. Like putting on a sweater inside your house rather than dialing up the thermostat or walking to the corner store instead of driving.

Looser threads of the conversation included how digital media has impacted the industry (Huge for us," noted McPhee, "we fully embrace content marketing and social proofing.), how training, information sharing, and new technology — e.g., transceivers vastly better than those of a decade ago — have helped improve safety immeasurably, and how noticeable shifts in the customer base follow currency changes (more American's this winter) and social trends like more young people and novices wanting to backcountry ski.

The overall prognosis? B.C. passed the checkup by still boasting the largest and healthiest backcountry ski industry on the planet, something that wouldn't likely change in the predictable future. And a healthy mechanized backcountry industry is also healthy for customers. As Steiner summarized: "Skiing powder in remote mountains is still the best skiing you will ever do."