Be prepared for Preppers

WTF is a prepper ? You're probably asking yourself that right now, and I can't blame you. I posed that very question the first time I heard the word — shortly after determining it wasn't a euphemism for Sous Chef or a malapropism of "preppie.
Jun 10, 2015 6:00 PM By: Leslie Anthony 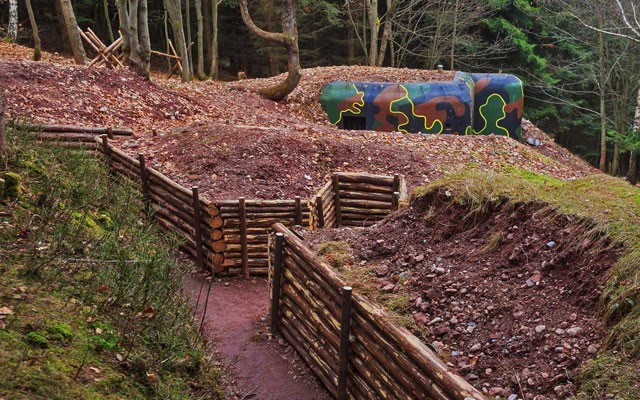 End game Survivalist bunkers like this one are increasingly popular as Preppers await the next crisis. Photoby shutterstock.com

WTF is a prepper? You're probably asking yourself that right now, and I can't blame you. I posed that very question the first time I heard the word — shortly after determining it wasn't a euphemism for Sous Chef or a malapropism of "preppie." When the term was finally explained to me, I was, quite uncharacteristically, ecstatic that I hadn't previously had a clue. Believe me: like HarperCons™® (many of whom are also preppers — certainly in Alberta), these are people you don't want to know.

To begin, despite my abiding interest in lexicography and a fondness for vocabulary smackdowns, I was surprised to find "prepper" actually defined in that most authoritative tome, the Oxford English Dictionary: "a person who believes a catastrophic disaster or emergency is likely to occur in the future and makes active preparations for it, typically by stockpiling food, ammunition, and other supplies."

Well. As Boy Scout doyen Baden Powell established with his axiomatic motto "Always be Prepared" (also a mountain-dwellers credo — possibly why so many of them are also preppers) there's nothing wrong with thinking ahead, a behaviour widespread in the animal kingdom. Thus, "prepper" doesn't apply to those who carry an extra house key, a first-aid kit and roadside flares to accompany their spare tire, or who might be hoarding enough popcorn and juice boxes to get through a blackout. Instead, the term more rightly fingers conspiracy theorists and anti-government nut-jobs who are strangely looking forward to a biblical End of Days to descend they can break out their toys and supplies to fight the resulting looting-spree / civil-war / zombie-apocalypse.

Other than religious fundamentalists, tea-partiers and chem-trails believers, one might rightfully ask: Just who are these people? Actually, that's pretty much it. Think uninformed pseudoscience-nerd meets survivalist meets anarchist militia with a touch of DIY and homemaker thrown in (picture Bill Ny, Les Stroud, Red Green and Martha Stewart with swastika tattoos and a schwack of guns — e.g., Idaho Hillbilly). If, however, you always thought storing food is what mothers and farmers are for, then you'll be as horrified as I at the labyrinthine online prepper world. Here you'll find thousands of websites dedicated to this subculture, likely because — and this should tell you something — each prepper apparently has his/her own. If you start with something generic like, say, prepperwebsite.com, the glut of bizarre ads, posts and links soon spins you off centripetally in myriad inexplicable directions.

Rather than jump to "Preparedness Pantry" to learn how to make a DIY solar water distiller, for example, I'd started with "Top Pack Gear: Prepare, Endure, Prevail" and "Doom and Bloom Medical Supplies: Survival Medicine." These were interesting, but so was "Reusable +600 Hour Glow Stick" (how did the Shambhala, BASS Coast, and Two-acre Shaker tweakers miss this?) and "Camping Survival: Confidence Born of Preparation," particularly the latter which, following drop-down menus, led somewhere most peculiar: a page of "Fish & Bird Antibiotics" for the pets you'll clearly have to self-medicate when "SHTF" (i.e., Shit Hits The Fan, official prepper euphemism for disaster of any kind, as in ads like: "Essential Oils for NOW & SHTF!" and "Precious metals for SHTF"). Coded acronyms are as ubiquitous and essential to prepperdom as an accompanying rash of protect-your-family sloganeering to rival Conservative political propaganda, or peculiar grassroots jargon like "bugging out"— i.e., exiting your home situation to head for a bunker or other remote location that you've prepared, as in "3 Signs it's Time to Bug Out — Interview with Jim Cobb, Author of Prepper's Long Term Survival Guide."

I also stumbled into a "SHTFPlan," an RSS feed so busy it crashed my computer, but not before I'd recorded posts like: "30 Pandemic Essentials"; "Powdered Milk is Versatile and Frugal"; "How to Seal Food in Mylar Bags"; "Preparing your Neighborhood Against Attack"; "Wild Packs of Dogs in SHTF"; "Primitive Skills so Easy a Caveman Can do" (again, pretty much says it all); and, of course, predictable, Conservatwat-echoing, persecution-complex paranoia: "The Mainstream Media at Work Demonizing the Prepper Movement... Again."

Ah, poor misunderstood dorks. But what else can they expect? Read any of this stuff and you know: few preppers are smarter than a 5th grader, and, at least in the Washington and Oregon Cascades, most often meth-fueled, neo-Christian, anarchist bow-hunters who think they'll outlast the rest of us because they own weapons, wear camo tank tops, and used their welfare cheques to clean Costco out of Kraft Dinner and jerky. They're not only prepared, but actively seeking out disaster, "Bring it on Bitches" being the community's not-so-subtle rallying cry.

To understand this latter mentality, look no further than the fact that most preppers already live in the bargain-basement, disaster-prone lands urbanites eschew and which Sea to Sky residents will clearly recognize: volcanically active regions; avalanche, landslide and debris-flow zones; tectonic fault swarms; wildfire corridors; and flood plains. The only uninsurable prepper-attracting fave we lack are tornado alleys littered with trailer parks (themselves peculiarly attractive to both natural and cultural disaster — coincidence?). Educated in little more complicated or useful than siphoning gas from abandoned (or not) vehicles, and baking bread in a tinfoil solar oven, the majority of preppers are incapable of organizing a community litter clean-up without bloodshed let alone a post-apocalypse government, largely because — if one reads manifestos correctly — they don't really want one. If we ever do experience Dawn of the Planet of SHTF, look for these everyone-for-themselves mobs to roam the land freely doing whatever they damn-well please until saner, more rational cabals prevail — which could take a while if these are poorly armed.

Furthermore, consumed with the heady lust of their own unexpected survival (see any episode of The Walking Dead), and with only expired condoms at their disposal (not even Doom and Bloom stocks birth-control pills) these mouth-breathers will doubtless multiply rapidly, and, ergo, must be stopped before such an advent. That can mean only one thing: key preparation in any disaster for the rest of us (other than a map to all of Wal-Mart's distribution warehouses) is this: be prepared to neuter preppers by any means available.

Not only will such noblesse oblige ensure a stronger gene pool going forward, but hey — those bastards have all the gear and food and fish antibiotics you'll ever need.