It should come as no surprise to hear that we are killing the things we love in nature. But a recent scientific paper has come to an even starker conclusion: we're also killing the very animals we think we're saving.
Apr 18, 2018 6:00 PM By: Leslie Anthony 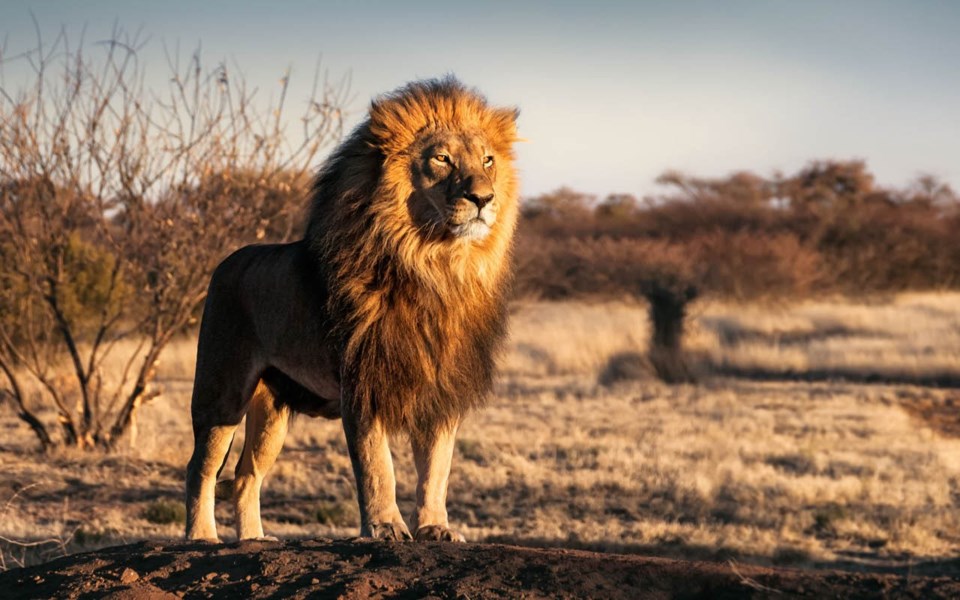 It should come as no surprise to hear that we are killing the things we love in nature. But a recent scientific paper has come to an even starker conclusion: we're also killing the very animals we think we're saving. When it comes to the large creatures we are keen to like lions and tigers and bears (oh my)—colloquially "charismatic megafauna"—it turns out we've blinded ourselves to these animals' true plight through their high visibility in our culture, including commercial use as symbols. This is an unfortunate paradox worth unpacking.

Led by Franck Courchamp of Université Paris-Sud, six researchers collaborated on "The Paradoxical Extinction of the Most Charismatic Animals," published in the online journal PLOS Biology on April 12. In it, the authors examined the widespread opinion among the public (and even researchers) that current conservation efforts disproportionately benefit charismatic species (i.e., people are happy to give money to save pandas, for instance, but not so motivated to save an endangered bird or frog). Surprisingly, they found that conservation focus on these animals hasn't helped their threatened status.

To investigate this, they used four separate data sets to identify the 10 most charismatic animals in the eyes of the Western public, including both adults and children. These were, in order: tiger, lion, elephant, giraffe, leopard, panda, cheetah, polar bear, gray wolf, and gorilla. Collectively, these represent 13 species (there are three elephant and two gorilla species), all of which, wolf aside, are listed as either vulnerable, endangered or critically endangered, and at high risk of imminent extinction in the wild. Despite the last three decades of intense conservation efforts, dramatic declines in all these species have taken place over the same period, with some losses exceeding half the entire population—largely due to shrinking and fragmented ranges (expected) and direct killing (a surprise given our "love" for them).

And this is where the study got interesting. The authors proposed that representations of charismatic species in commercial, artistic, and cultural outlets have created "virtual, abundant populations" that compete for public attention with the real and severely threatened wild populations. These virtual populations have a clear competitive advantage in our minds because: they're created and spread by money and marketing; we encounter them daily; the wild animals are distant and generally not seen; culturally, we're suffering a growing nature deficit. Sheer abundance of these virtual populations reinforces the perception that natural populations are not threatened (for instance, 800,000 "Sophie la girafe" baby toys were sold in France in 2010, more than the number of human babies born in that period and over eight times more than the number of actual, living giraffes in Africa, some of whose populations have declined by 97 per cent in a decade).

To get a handle on this phenomenon, a cross-section of urban and rural volunteers recorded how many depictions of each of the 10 animals they saw over a week, whether commercial, artistic, cultural, in zoos, books, magazines, on objects, logos, or television, etc. On average, 31 of each of the 10 were encountered (e.g., average of 4.4 lions a day), corresponding to several hundred encounters per month for each person.

The researchers also found that the public ignores the real animals' predicament, and suggested it was due to "an observed biased perception of their abundance, based more on their profusion in our culture than on their natural populations."

This doesn't mean we're dumb, just that our perceptions are easily swayed by what's in front of us. The researchers further hypothesized that this bias impairs conservation efforts: because people are unaware that the animals they cherish face imminent extinction, they do not perceive their urgent need for conservation. What to do?

Here was the interesting conclusion: by freely using the image of rare and threatened species in product marketing (Tony the Tiger et al.), companies participate in creating this biased perception, with unintended detrimental effects on conservation efforts. To compensate for this skewing, the authors advance a radical suggestion: that these companies channel a fraction of associated profits to conservation, accompanied by adequate information campaigns about the imminent threats these animals face. Though it's an obvious and progressive idea involving modest sums that could add up quickly to benefit the animals, it's also an idea that, like those same animals, is likely to be killed by the very money it represents.

Letters to the Editor for the week of July 2
Jul 2, 2020 7:30 AM
Comments
We welcome your feedback and encourage you to share your thoughts. We ask that you be respectful of others and their points of view, refrain from personal attacks and stay on topic. To learn about our commenting policies and how we moderate, please read our Community Guidelines.