Bob Styan – Never judge a book by its cover

"The family that skis together bitches together." - Jack Styan, owner of Screaming Heights He wasn't your typical little fat kid. Sure, he was a little rounder 'round the middle than most other ski racers.
Jul 2, 2010 6:03 AM By: Michel Beaudry 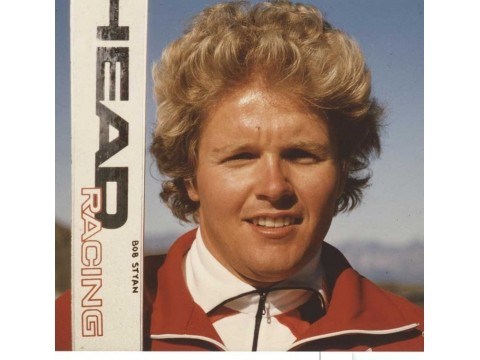 "The family that skis together bitches together."

He wasn't your typical little fat kid. Sure, he was a little rounder 'round the middle than most other ski racers. And the specs he wore didn't help his image either. But put Bob Styan on a race course and the little kid with glasses surprised everyone. "My parents got me involved in the local Nancy Greene program on Grouse pretty early on," says the soon-to-be 50 year old. And then laughs. "I'm pretty sure it was mostly for the babysitting though."

Still, it was evident from the get-go that this unlikely young athlete had a special relationship with the snow. "I didn't really like ski racing at first," admits Styan. "But then I realized I could beat all the other kids down the hill. Even the older guys. And that was very satisfying." A happy grin slowly spreads across his face. "I guess it was mostly because I'd already skied a lot. Whatever. But the other kids definitely didn't like it when the little fat kid would beat 'em..."

Ski racing is a funny thing. Intense, exciting, demanding - emotional even - the sport provides an incredible learning environment for young snow-athletes. Social bonds forged in the heat of competitive battle are often deep and life-long. It's that aspect of ski racing, says the always-gregarious Styan that really impresses him now. "I was away from Whistler for nearly 15 years," he explains. "But the moment I got back to town, it was like I never left. I could pick up on old relationships almost immediately..."

Which is exactly how he and I re-connected last winter. On one of my very rare appearances in the Roundhouse one afternoon, I spied a bespectacled form working at the Playground real estate sales desk. It could only be one person. Bob Styan.

I hadn't seen the former national ski team member for over a decade. But that familiar figure got me smiling right away. And it wasn't long before we were exchanging war stories like the two old ski vets we'd become.

An admission: I've always had a bit of a soft spot for Bob Styan. In a sport as technical and arduous as ski racing - where svelte bodies and tight tummies are de rigueur - Bob's XXL bod stuck out like a five-footer playing basketball. And his good-natured personality off-the-hill camouflaged any hint of a killer instinct on-the-hill.

But against all odds - and despite the many naysayers around him - the kid from Lynn Valley made it all the way to the World Cup. And not just as a participant, but as a contender. A member of the young Turks group trying to grab the mantle from the ageing Crazy Canucks, Styan spent the early 1980s knocking at the door. When he retired in 1983 at the tender age of 23, the young downhiller had made his point. It's not your body mass index that counts in competition it's how badly you want it.

Styan grew up in a skiing family. "My parents are both from Vancouver," he recounts. "In fact, they actually met skiing on the North Shore Mountains." In those heady post-war years, skiing was a major adventure in the Lower Mainland. "I grew up hearing all about it," says Styan. "Taking the trolley across town, then hopping on the ferry to cross Burrard Inlet. Then finally heading up the mountain. It sounded like a lot of fun."

By the time Bob was born however, the family was living in North Van. Grouse Mountain became the young skier's home away from home. "That was my life from 1965 to 1982," he says. "It was great. You could go up after school and train all evening. And there was always somebody up there to chase us away when we were trying to set up training gates - you know, guys like Rick Temple and Gary Kiefer and Laird Carmichael."

Of course, those were the days before high-tech came to skiing. "My first ski memories are of going up Grouse in those rickety wooden chairs." He stops. Smiles. "This was before the Skyride was built of course - in the days when you took two chairlifts to get to the hill." A short giggle. "My mom was on the lift in '65 when it broke down and started to go backwards. Like everyone else, she had to jump. Fortunately, she wasn't hurt too badly."

It was also in 1965 that the Styan family bought their slopeside ski cabin (which they immediately dubbed Screaming Heights). "There were hundreds of ski cabins on Grouse in the mid '60s," he explains. "It was a real community, you know." For the kids, the village of on-mountain cabins was like a magical wonderland. "I mean, it was a totally safe environment for us. I remember days when I would be on the hill from 8 in the morning until 12 midnight!" Another burst of laughter. "As you know, it can get mighty foggy at Grouse during the day. But most nights the air clears and you can see again. So we did a lot of our training under the lights."

But it wasn't just the skiing. Having an on-mountain cabin gave Bob the opportunity to see the place from a totally different perspective. "I remember going up the back road with my dad in the late fall to supply the cabin with fuel and food for the winter." He stops talking for a moment. Sighs. "It was a pretty special feeling to be up there all alone. Some years, the snow would be so deep already that we'd have to dig the cabin out. I'm not sure I fully appreciated it back then. But I sure do now."

Still, skiing was fast becoming a passion for the youngster. And once he got his head around the ski racing thing - and realized how satisfying it was to beat the other kids down the hill - young Styan was on his way. "I was always the little fat kid who could ski fast," he says. "And that was okay by me. I sure wasn't complaining anyway."

Bob's progress through the local Nancy Greene ranks was nothing short of scintillating. "My first big race was at the national juvenile championships when I was 13," he explains. "I finished second overall behind this kid called Todd Brooker." Another big belly laugh. "The guy was a monster. At 14, Todd was over six feet tall and as big as he is now. I was pretty proud to finish just behind him..."

Styan experienced something of an epiphany during those championships. "It was pretty much at that point that I decided I wanted to make the Canadian ski team," he says. But then immediately admits he didn't have a clue what that would entail. "I spent the next six years doing everything that I could to attain that goal. It was am amazing journey. And a hugely difficult one."

But Bob made it look easy to those of us watching. "I remember going to the Canadian Championships at Panorama in 1976," he says. His start number was 96; his buddy Dave Ezzy had #99. "It was probably the biggest race of my career to that point. The national team guys were all there. I'd watch the top guys - Murray, Irwin and Read, Hunter - and just marvel at their skills." He laughs. "The course was so fast that you could literally hear the roar of the racers as they went past."

Clearly this wasn't a race for the timid. "I don't quite know how I did it, but I finished that race among the top 15. So that was a real motivator." And his buddy Ezzy? "I think he finished 99 th ," says Styan trying to suppress a grin. "He wasn't all that happy about it."

Styan continued to progress. At a Nor Am downhill at Whistler in 1977 - down the legendary course that would one day be named after Dave Murray - Styan once again shocked his rivals by winning the race.

No matter that the kid didn't look like a ski racer, no matter that he resembled Sluggo more than he did Franz Klammer, the young Grouse Mountain Tyee deserved a shot with the Canadian team. "That was the summer that the coaches invited me to a training camp in Chile," he remembers. And what a wake-up call that was, he says. "Suddenly I'm on the hill training and racing with the very guys that I once idolized." He lets a beat go by. "I was like: 'Holy shit! I've got a lot of work to do.'"

It took him less than two years to make the national team. By the time he was 19, Styan was already making good progress on the Europa Cup circuit. But the bane of many a ski racer - knee trauma - began to slow him down some. And in those days of trial by fire - "if you weren't getting results you weren't getting attention" - Styan could feel the coaches' waning interest in his career.

"I'm not into the blame game," he says. "Those were tough years. The team didn't have a lot of money back then and the coaches had to make some hard decisions." By the winter of 1983, Bob could see the writing on the wall. Despite an impressive 13 th place finish at Whistler and a promising 18 th in Aspen, the 23 year old knew his time on the World Cup circuit was slowly coming to a close. It was time to move on and do something new.

Next week: From Labatt's ski coordinator to Director of Sales at Playground Real Estate, Bob Styan continued to apply his unique skill set to his post-ski racing career.