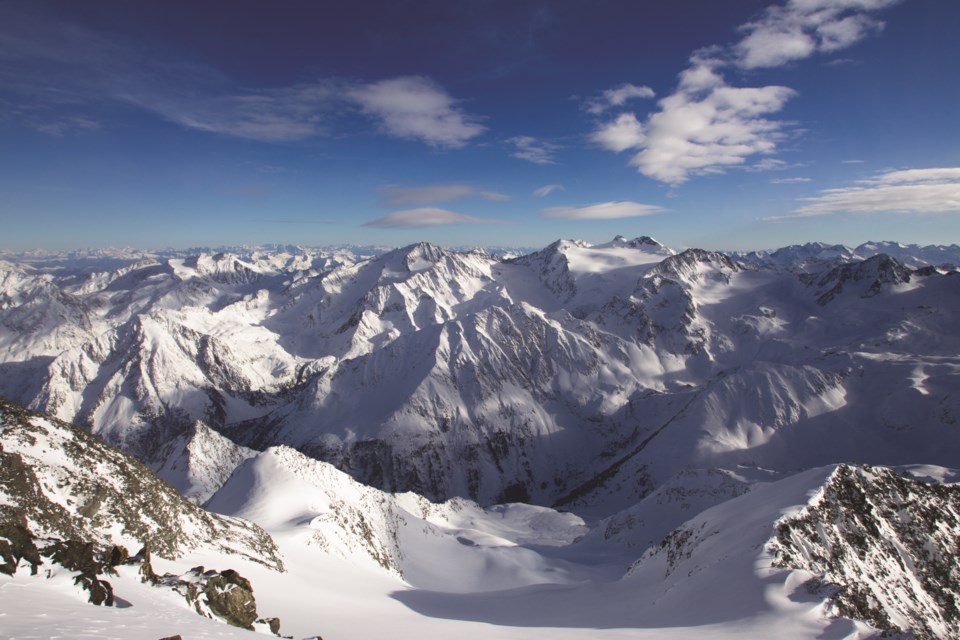 The U.S. election result is an encouraging shift in climate policy, but how much change will we actually see? Photo by Vince Shuley.

Most of you are likely exhausted—mentally and physically—after last week’s U.S. election-a-thon, so I refrain from turning this space into another smug lefty political rant. What I will say is that despite news of an aggressive return of COVID-19 here in Canada (including B.C.) this past weekend, I feel better about 2020 already. The biggest winners from down south are decency, humanity, empathy, science, the democratic process (according to most people, anyway), and a few notches down the list, the environment. So the potential Red (armed) uprising notwithstanding, we can feel a little better about leaving politics at the front door and soon go skiing.

Not that all of our problems will “just disappear” once the snow flies. Our lifestyles and jobs are going to be further impacted by provincial COVID-19 restrictions, but at least we have a few rounds of this fight under our belts already. We know that if we’re smart, cognizant of the risk and most of all patient, we can arrest this like we did earlier in 2020. Best to get it under control now rather than face further consequences throughout Whistler’s dollar-sign season, when a lot of workers and businesses are hoping to make some money for the next rainy day.

And rainy days there will be, both literal and figurative. I’m hoping this La Niña thing turns out to be more accurate than Grandpa Joe’s pre-election polls, but we rarely have a season these days without the pineapples popping by for a luau. Such matters seem so trivial now after a nail-biter democracy pit fight and an ongoing global pandemic, but we skiers and snowboarders can easily fall into our own trivial worlds where fun on powder days far outstrips other societal obligations.

Thankfully, some are doing a lot more.

Protect Our Winters (POW) in the U.S. was campaigning hard during the last few months while mainstream media attention shifted to the escalating pandemic. Their slogan even pivoted to “Protect Our Votes” in order to encourage confidence in the democratic process, that every vote should be counted and everyone needed to have their say. The organization refers to its collective members as the “Outdoor State,” one not delineated by state lines that separated blue and red, but one united “by our common ground,” meaning the land that’s threatened by climate change and resource development. If anywhere needed some common ground right now, it’s America.

It’s hard to get any government to listen, but organizations like POW will at least now have a U.S. president that trusts science and believes climate change is a real existential threat. Yes, those powers are probably likely going to be tied up in the U.S. Senate, but that doesn’t mean the climate emergency will go unanswered.

“If the U.S. government takes a stance that they want to accelerate decommissioning of certain types of fuel sources, that will have ramifications in the U.S. economy and the broader global economy because many of the other economies take cues and are suppliers for the U.S.,” said Ravipal Bains in a Nov. 7 article in The Narwhal. Bains is a McMillan LLP corporate lawyer with expertise in corporate governance and environmental and social governance issues.

Biden’s laundry list of climate promises runs long, beginning with rejoining the Paris Agreement (Trump officially dumped the Agreement on Nov. 4). Biden campaigned on a $2 trillion plan that includes major investments in clean energy and a commitment to eliminate carbon emissions from the power sector by 2035. He has also promised aggressive methane limits on oil and gas operations, some of which might spur our Canadian government to get even tougher on methane reduction.

This all sounds great, especially after the last four years of climate carnage from the polarizer-in-chief. But in the common phrase of George R.R. Martin, “Words are wind.” What we need from a new American government is action, not delays. Biden’s administration is inheriting an economy and society decimated by the pandemic, so we’ll have to wait and see how many of those climate promises end up getting delivered on.

In the meantime, let’s keep the pressure up on our own governments and get ready for some skiing, in that order of priority.

Vince Shuley is breathing easier this week. For questions, comments or suggestions for The Outsider email vince.shuley@gmail.com or Instagram @whis_vince